"If only this were real life." -Fernando Alonso, probably. 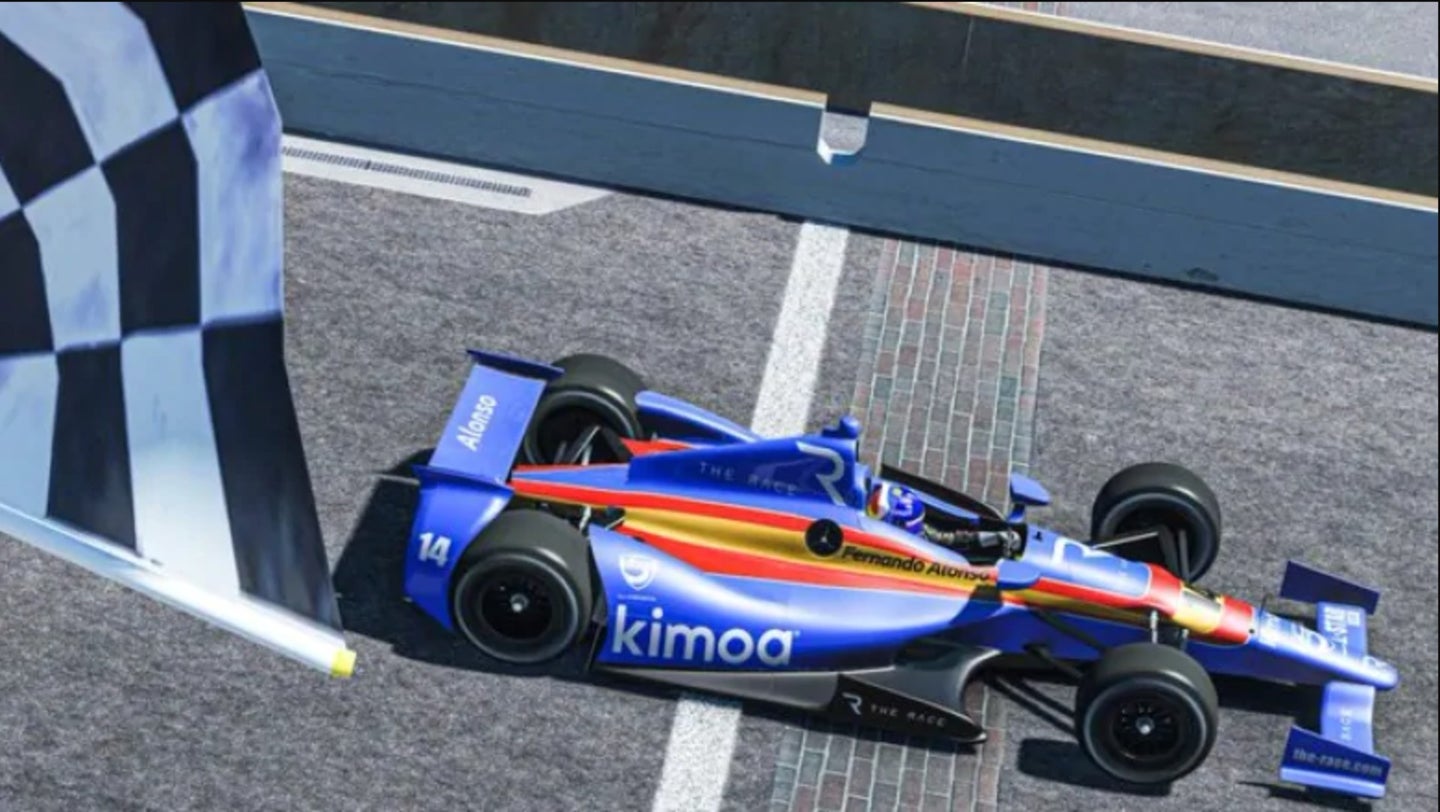 We knew going into this weekend's The Race Legends Trophy event that it'd be one to watch. With the likes of Mario Andretti and Fernando Alonso competing against one another at Indianapolis Motor Speedway, it was destined to be a thriller. However, what we couldn't guess was that Alonso would win the first race and then come from the back of the grid to win the second round, weaving past 20 cars in 20 minutes for an all-out sweep.

It seems like Alonso was able to shed the bad luck that's followed him at Indy in the past, from a race retirement in 2017 to a horrendous failure to qualify for the "500" in 2019. He's set to enter the Greatest Spectacle in Racing once more this August with Arrow McLaren SP, touting 27 laps-led in his career at IMS.

The Spaniard bested 2009 Formula 1 champion Jenson Button by only .037 seconds in the first race, which was enough to make Alonso nervous.

“I was super scared of losing the first (Legends Trophy) race,” Alonso said. “Jenson is a very smart guy, and we were both playing games trying to be in front or behind."

“We were studying each other, but with Jenson you never know. He’s always one step ahead, and I was very worried that I would slip. He had a moment in turn four one lap before the end, and that was enough of a gap for me.”

Alonso then started in 21st thanks to the Legends Trophy's reverse-grid second round format. That was no matter, though, as he picked off each and every one of his competitors on his way to victory number two. This time around, World Touring Car driver Tiago Monteiro finished in second.

“I’m very new at this,” Alonso said. “I only received the rig last Thursday before (last week’s Legends Trophy race at) Zandvoort. After one week and a half, I’m still playing with some buttons. It was great today, and it’s good fun always at the Indianapolis Speedway.”

Alonso was tasked with overcoming six Indy 500 winners, from Andretti to Tony Kanaan and Emerson Fittipaldi. Three F1 champs were also amongst the ranks, not including 'Nando who has two to his credit (2005, 2006).