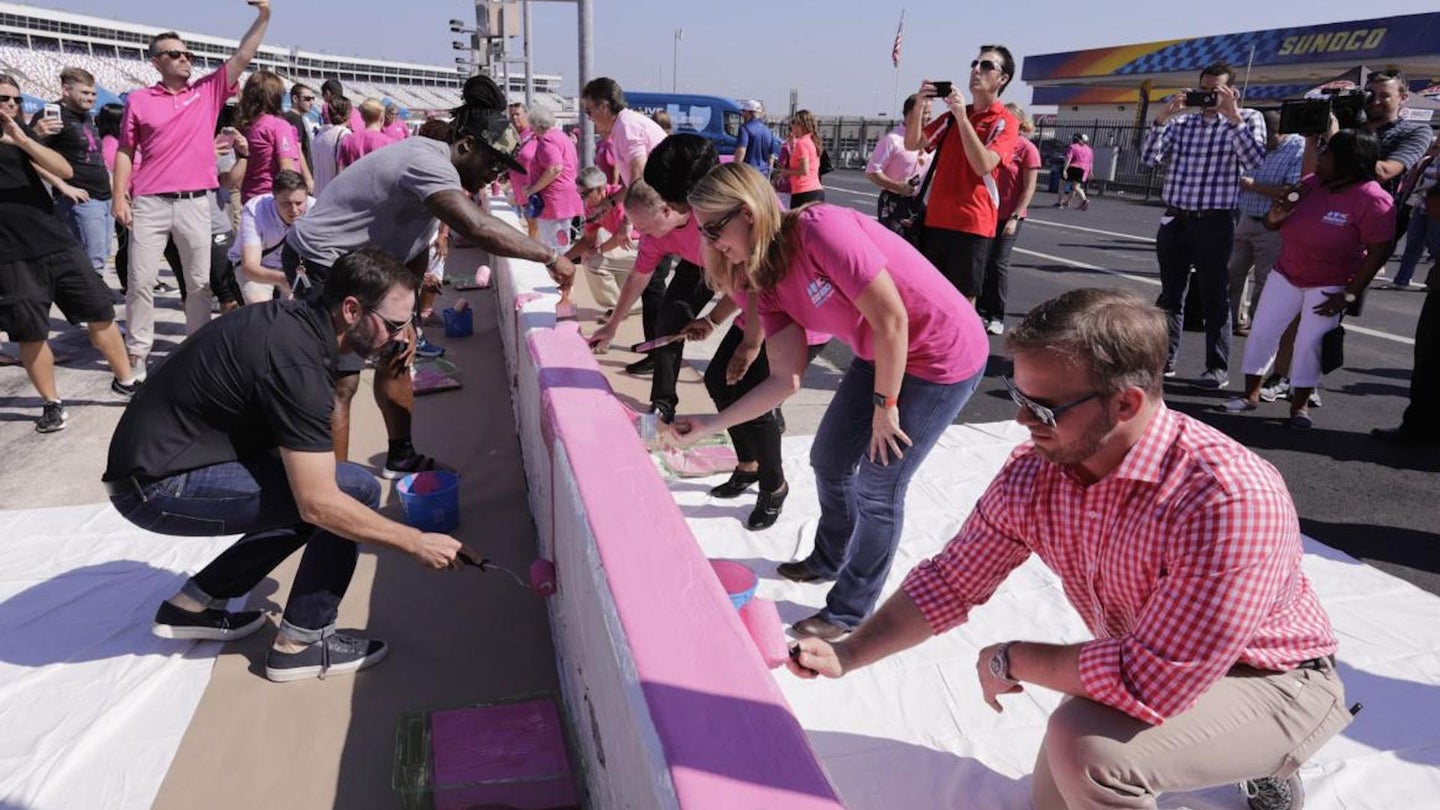 The fall NASCAR race weekend at Charlotte Motor Speedway has a different flavor in 2018 with a transition from the oval course to the Roval road course-oval hybrid for Sunday’s Bank of America Roval 400. One thing that hasn’t changed, though, is the facility’s annual “Paint the Wall Pink” event.

"It's part of our lives. I'm a father of two daughters, and I know that what I learn and experience here helps me have the right lens on how I need to go home and make sure my children understand the importance of early screening,” Johnson said in a press release from the track. "It's amazing to see the cause and to see our industry support it."

“Cool to hear the stories and see everyone come out here to raise awareness on our home turf. I actually brought some family out this time,” Buescher told NASCAR.com. "To come out here and be a part of this, I think it means a lot to them, as well.”

The event is in conjunction with Saturday’s Xfinity Series race, the Drive for the Cure 200. Williams will be the honorary pace car driver, leading the race starting grid to the green flag from behind the wheel of a pink Toyota Camry.

Johnson plans to wear pink driving gloves in NASCAR races throughout the month of October to raise awareness for breast cancer, and traditionally, several race cars go pink for at least one race during the month.

The Cup Series series will race at Martinsville on Oct. 28 with NASCAR Camping World Truck Series action taking place the day prior.