BMW is not the only auto manufacturer to apply its racing technology to Olympic feats. 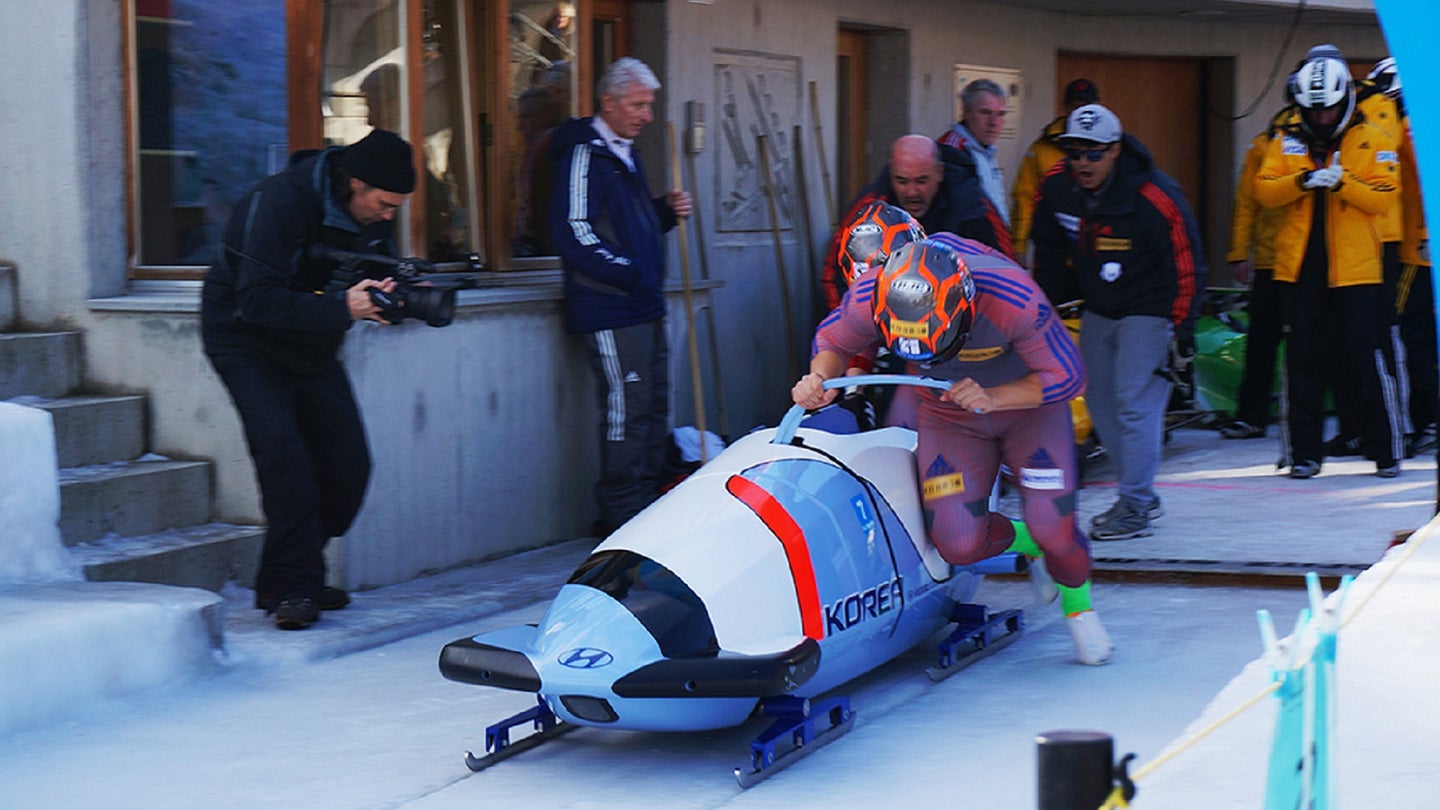 We already discussed how BMW worked with the German Olympic bobsleigh team to design and build its "bob," resulting in a tie with Canada for the gold medal. But BMW was not the only auto manufacturer with Olympic dreams. Hyundai has been helping the South Korean bobsleigh team, in its own efforts, with high hopes for a home team victory in PyeongChang, South Korea.

While BMW has a long distinguished motorsport history, Hyundai is better known in North America for cheap econoboxes like the Accent and SUVs like the Santa Fe. Yet Hyundai has competed in the World Rally Championship on and off for years, most recently with the i20, a model not available in the U.S. As a result, Hyundai is no stranger to similar wind tunnel design and carbon fiber construction techniques as BMW.

Hyundai and the Korea Bobsleigh Skeleton Federation have been working together since 2014 to build a winning bobsleigh for the 2018 Olympics held on their home turf in South Korea. Its goal was a gold medal, but it fell short by just half a second on a 3:17.40 run, resulting in a sixth-place finish. It was a tie for the gold between Germany and Canada with both teams running improbably identical times of 3:16.86.