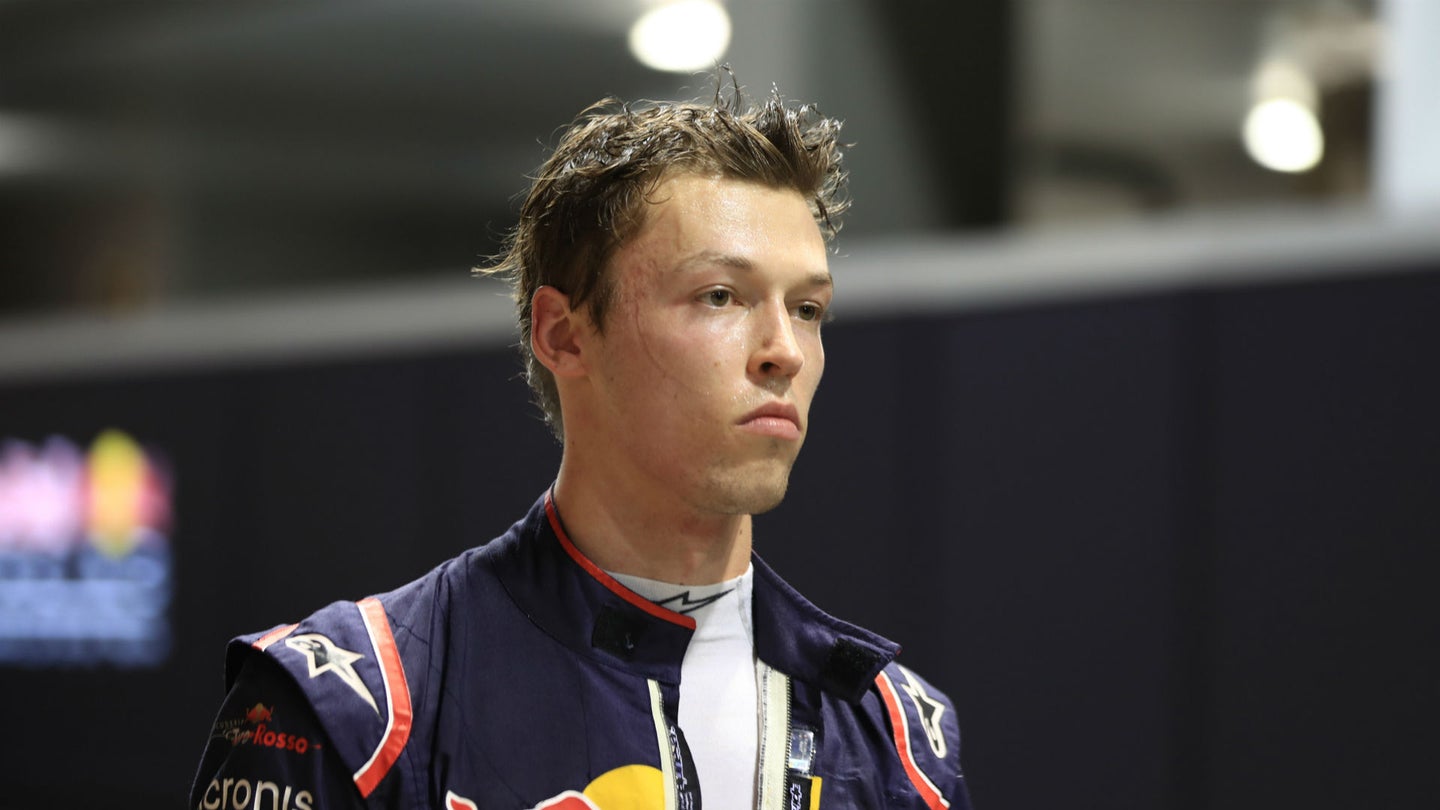 Former Red Bull rising star and eventual Toro Rosso firee Daniil Kvyat has gained another shot at redeeming his Formula 1 career. After having his seats taken by young guns Max Verstappen and Pierre Gasly, Kvyat was forced to look outside of Red Bull for an opportunity to race once again at the top tier of motorsport. Failed talks with Williams left the Russian driver without many options, but as Ferrari announced on Wednesday, he will join the Maranello crew as a development driver for the 2018 season.

Although Ferrari didn't detail Kvyat's specific role, it's likely that he will participate in simulator runs as well as some live testings. Having raced in Formula 1 since 2014, the 23-year-old could be a useful contributor to Ferrari's expanded efforts that include customer teams like Haas and Alfa Romeo Sauber.

Kvyat was originally called up to Red Bull as a replacement for the Ferrari-bound Sebastian Vettel. He performed well in the 2015 season, beating out teammate Daniel Ricciardo in the standings and foreshadowing what seemed to be a successful future with the Milton Keynes-based team. However, just four races into the 2016 calendar, he was demoted to Scuderia Toro Rosso with Max Verstappen taking his spot at Red Bull.

Affectionately nicknamed "The Torpedo," Kvyat suffered from a slew of DNFs via crashes and incidents with other drivers on the grid. This allowed for Pierre Gasly and WEC champion Brendon Hartley to step in during the latter half of 2017, both of which would conclusively take Kvyat's spot from him ahead of the forthcoming Formula 1 season.

Expect more details from Ferrari in coming weeks as Kvyat starts his role with the Italian team.

Formula 1 Cars Projected to Be Two Seconds Quicker in 2018

Expect records to fall next season.