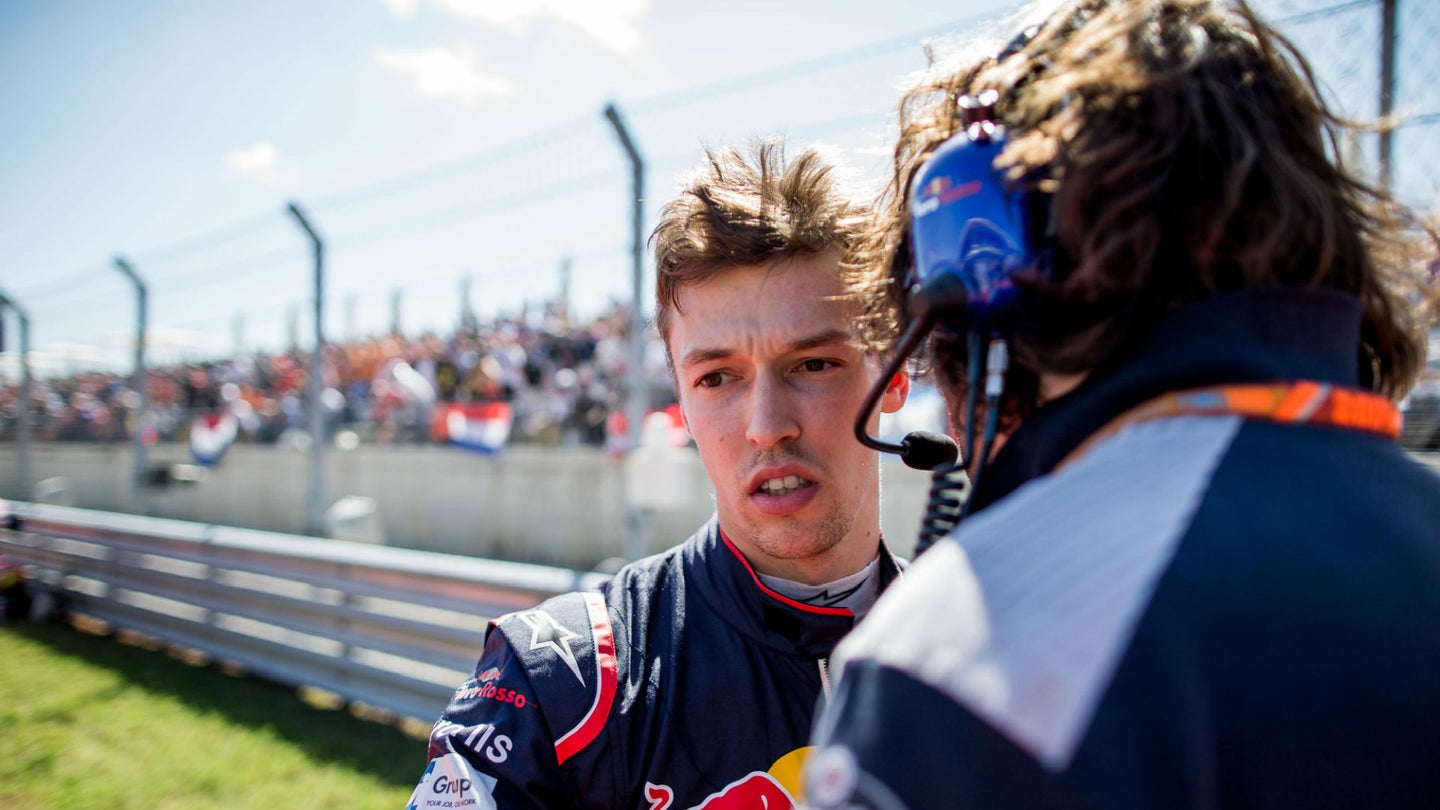 Daniil Kvyat had an extraordinarily tough 2017. The Russian driver nicknamed "The Torpedo" claimed just five points before his eventual exit following the United States Grand Prix, giving up his seat at Toro Rosso to Brendon Hartley and Pierre Gasly for next year's Formula 1 season. Rumors of him signing with Williams had floated around but never came to fruition, and now, the 23-year-old driver is hunting for a job come 2018. However, these hard times haven't always plagued Kvyat as his former boss Helmut Marko explains.

When Kvyat teamed with Aussie star Daniel Ricciardo at Red Bull Racing, he showed extreme promise. The two seemed to be on par with one another with Kvyat often coming out on top in testing, a feat that Marko praised him for. But shortly afterward, that spark was lost, causing him to lose speed and eventually dropped to Toro Rosso in favor of up and coming star Max Verstappen.

Marko was questioned by Motorsport, asking if he thought Kvyat could take out Hartley and Gasly in his earlier prime. To that, he responded, "Yes, I completely agree.

"Unfortunately, he just showed it in his first year with Toro Rosso and in his first year with Red Bull Racing [2015]. After that, his performance drastically went down. He had brake and tire issues, that [Daniel] Ricciardo didn't have. In short, something happened to him mentally. He lost his speed and his ease."

Despite trying to pinpoint Kvyat's problems, the team came up empty. He drove alongside Carlos Sainz in 2017, often being outshined by the Spaniard who eventually left for Renault, alluding to speculation that he could be on his way out.

"We don't know [what it was]. We tried many things, but his speed just wouldn't come back. Unfortunately, we have no idea what happened. There were also too many accidents at the start of a race, and he didn't react too well to it either. He retreated into his shell and didn't want anybody to tell him what to do."

Kvyat's future remains undecided at the end of 2017. While he's still in the running for a spot at Williams, sources say that Sergey Sirotkin is likely to get the spot, so a part-time position with the British outfit may be his only chance to remain in Formula 1 next year.