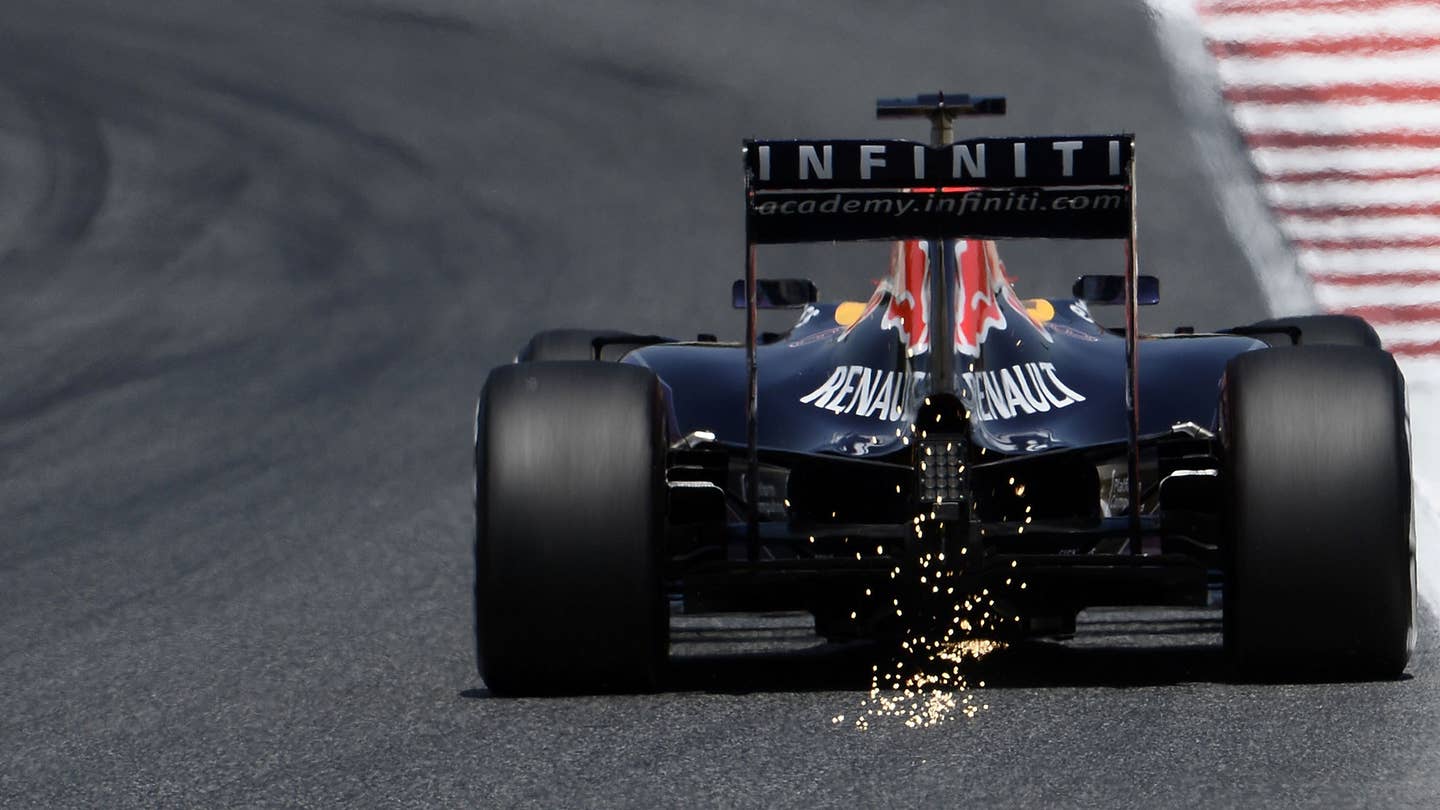 After a drawn-out and very public effort to switch to a different engine supplier, Red Bull Racing will once again be running under Renault power next season. Only it won't be labeled as a Renault. Instead, it will be branded by TAG Heuer.

Now if you're thinking that TAG Heuer was in the McLaren camp, you were right up until today's announcement. One of McLaren's oldest partners, the watchmaker jumped ship to join up with Red Bull instead, ostensibly replacing Casio as the team's official timekeeper.

Now here's where it gets a little tricky: Mansour Ojjeh and his Techniques d'Avant Garde holding company remain a major stakeholder in McLaren. The firm owned Tag Heuer from 1985 to 1999; now its former watch brand is leaving for Red Bull.

This isn't the first time that the TAG name has transferred from one F1 team to another, nor is it the first time we'll see its name replace that of a major automaker on an F1 engine. Techniques d'Avant Garde previously partnered with Williams before Ron Dennis took over in Woking and convinced Ojjeh to come on board. That partnership saw TAG work with Porsche on a successful F1 engine program that won three drivers' championships (with Niki Lauda and Alain Prost), two constructors' titles, and 25 grands prix.

While unusual, the deal is hardly unprecedented. Aside from the McLaren-TAG-Porsche arrangement, Sauber once ran Ferrari engines under the brand of its sponsor Petronas (which has long since switched to Mercedes). For another example, the 1998 world championship saw Benetton running Renault engines under the Playlife name, while Williams rebranded its version as Mecachrome, as the French automaker shifted its priorities in F1 much as it is right now.

The announcement still leaves a few questions unanswered, however. For one, will Red Bull continue running TAG Heuer-branded engines made by Renault (or another supplier) after 2016? And what does this spell for Infiniti, Renault's sister-brand that has sponsored the team for the past several years? Infiniti declined to comment, but we're told there'll be some sort of announcement early next week.