ProMod drag racer Clyde Scott and his family suffered an unimaginable tragedy in the storms. 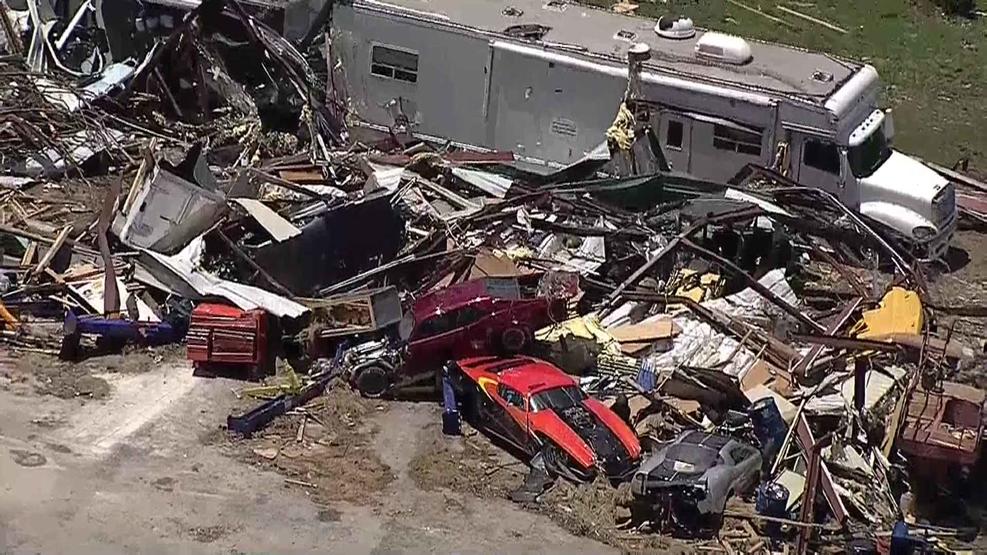 Just over a week ago, the area around Canton, Texas, was devastated by at least three tornadoes. We reported on the car dealership that took a direct hit. The entire area took heavy damage. Homes and businesses were destroyed. Lives were lost. One particular tragedy stands out if you are a gear-head. Pro Modified drag racer Clyde Scott lost his shop, and more importantly, his father-in-law.

While looking through photos of the damage, I noticed a few that contained an interesting collection of cars and the remnants of a really nice garage or shop. Out of curiosity about the cars, I reached out to my friends at OppositeLock to confirm what the cars were.

The good folks over there are a very knowledgeable bunch and quickly confirmed the identities of the cars. The carnage contained a Corvette, a Nova, a '67 Camaro, an early 1970s ProMod Camaro drag car, and a Mustang GT350. There were also parts of a lift, a tool box, and several trucks among the debris.

Unfortunately, someone also knew who the cars belonged to and that a greater loss had occurred here. Clyde Scott's home, shop, and car collection were completely destroyed in one of the tornadoes. Scott's father-in-law, Rusty Barlow, was unable to make it to safety and lost his life due to injuries sustained in the storm.

The situation could have been so much worse. Family members had gathered at Scott's house for a wedding. CBS DFW reported that the ceremony was about to get underway when the tornado struck.

We at The Drive offer our most sincerer condolences to Clyde Scott and his family for their loss.