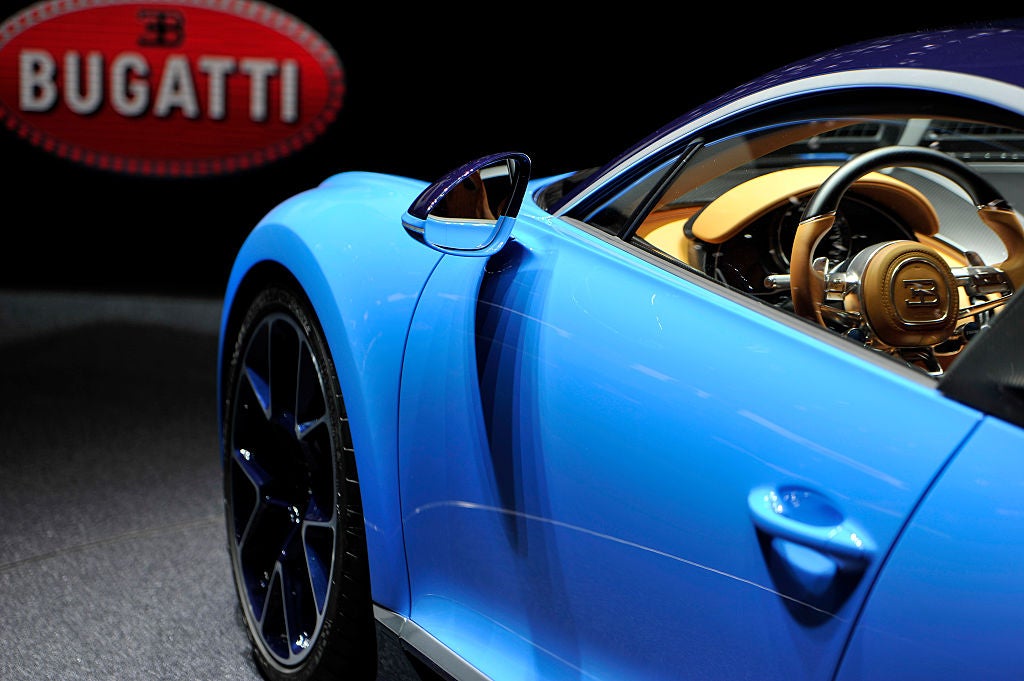 The first of the Bugatti Chiron customer cars were delivered earlier this month, and reviews from media outlets fortunate enough to have received the press cars have started to trickle out. While it's a definite that features such as ride quality, noise levels, and interior design will get attention, all of those details really mean squat to the rest of us. Most people reading this—myself included—will never be able to afford the $5,000 Bugatti cologne, let alone the keys to an EB110, Veyron, or Chiron. So for the rest of us, the only information of value about a Bugatti is something we can appreciate from afar; something numerical. One figure that matters is horsepower, and the Chiron has 1,500 of those. The original Veyron launched with 1,001 hp, so an increase of 50 percent is indeed significant. What's 1,500 horsepower good for? Going 0-200 in 16 seconds.

The only way to put such a clickbait-worthy sum of power to the ground is through Michelin Pilot Sport Cup 2s, with tires nearly a foot wide up front and over 16 inches wide in the rear. Bugatti have abandoned the Veyron's unique tires, which cost $30,000 to replace, because, let's face it, with 1,000 hp on tap, they're going to get replaced. Apparently, even oil sheikhs have their tipping points, and a $30,000 set of tires that could be burned up in a few minutes of donuts were that limit. You couldn't burn cash faster with a sack of Ben Franklins and a blast furnace.

Fortunately, we don't need to pay a cent to watch the Chiron blitz its way to 200 mph. The only question remains is whether the rate of acceleration would continue up to the car's maximum velocity of 261 miles per hour, or if it petered off shortly afterward. Hard to tell, because the driver was running out of road. I'm guessing that 1,500 horsepower makes even roads like the mythical runway at the end of Fast and the Furious 6 feel short.

The hefty W-16 straps in for a ride on this high-dollar machine.

Watch The First Review of The Bugatti Chiron

With 1500 horsepower and more than 1100 lb-ft of torque, this is one monster that you have to see and hear to believe.