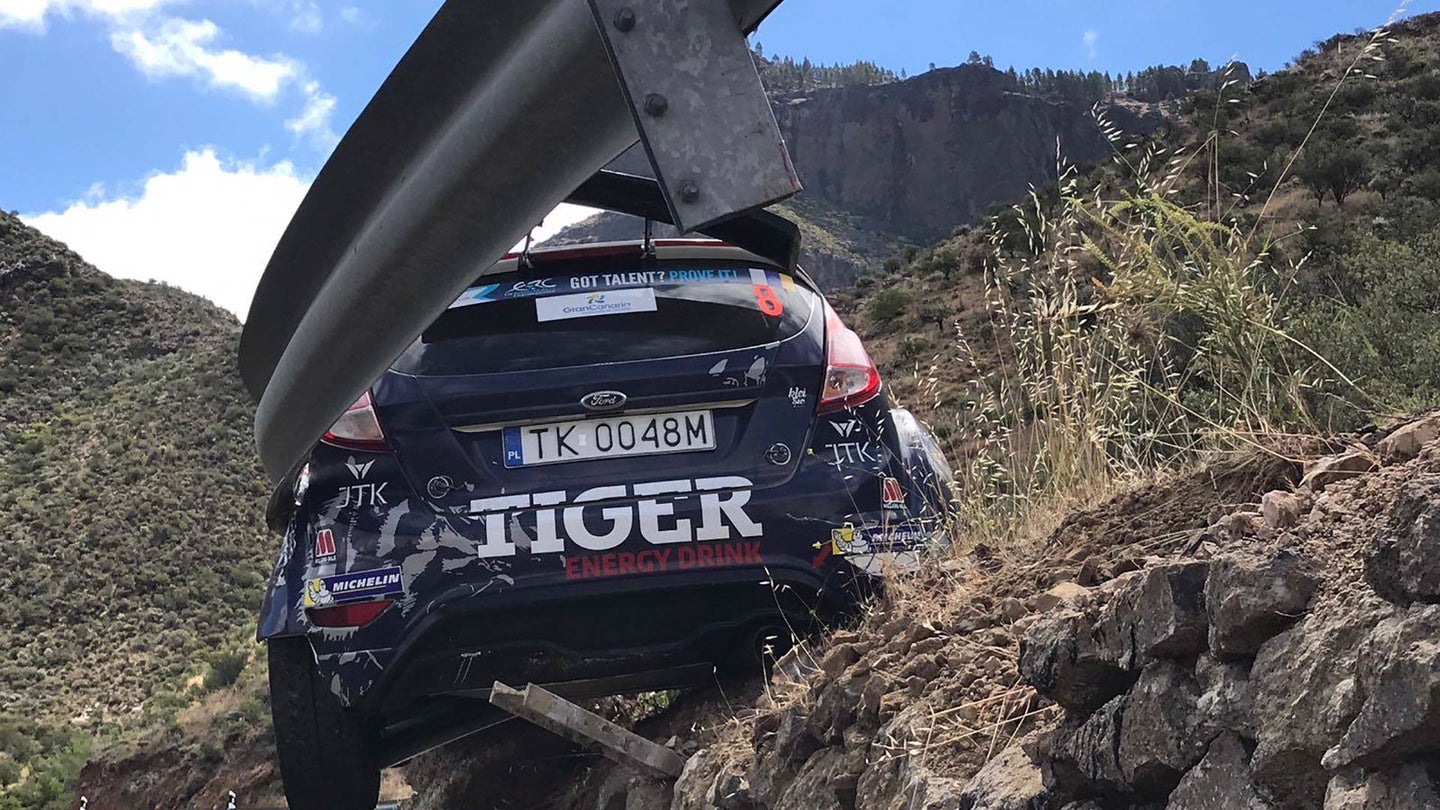 There are times in a man's life where it is totally acceptable to lose bladder (or bowel) control. This is one of those instances.

As you can see in the video below, rally driver Thomasz Kasperczyk is taking a tight corner at Rally Islas Canarias in his Ford Fiesta RS when he locks the front wheels and slams into the guardrail. At this point, both the driver and co-driver presumably have their life flash before their eyes, as a massive cliff's edge is the only thing they can see.

Amazingly, however the guardrail holds, even though the sheer force of impact rips the stakes right from the ground. Both occupants climb (carefully) out of the car and notify the helicopter above that they are okay (and presumably in need of a laundromat).

From the video and additional images, you can tell the Ford Fiesta RS sustained to serious damage and will be in need of repairs. It is unclear why the car came into the corner so hot and locked its tires, but it probably had to do with misjudging the turn degree.

In the first of a new series of /MY LIFE AS A RALLYIST episodes, Ryan goes to Ecuador, grabs a rental car, and the fun begins.

Ferry Violently Slams into Dock in The Canary Islands

The Ferry blasted through a cement barrier before coming to a stop.