Honda, Hitachi Teaming Up to Produce Electric Motors for Cars

The new jointly-owned company will sell electric motors to Honda and its competitors to increase production and reduce costs. It’s a win-win for everybody. 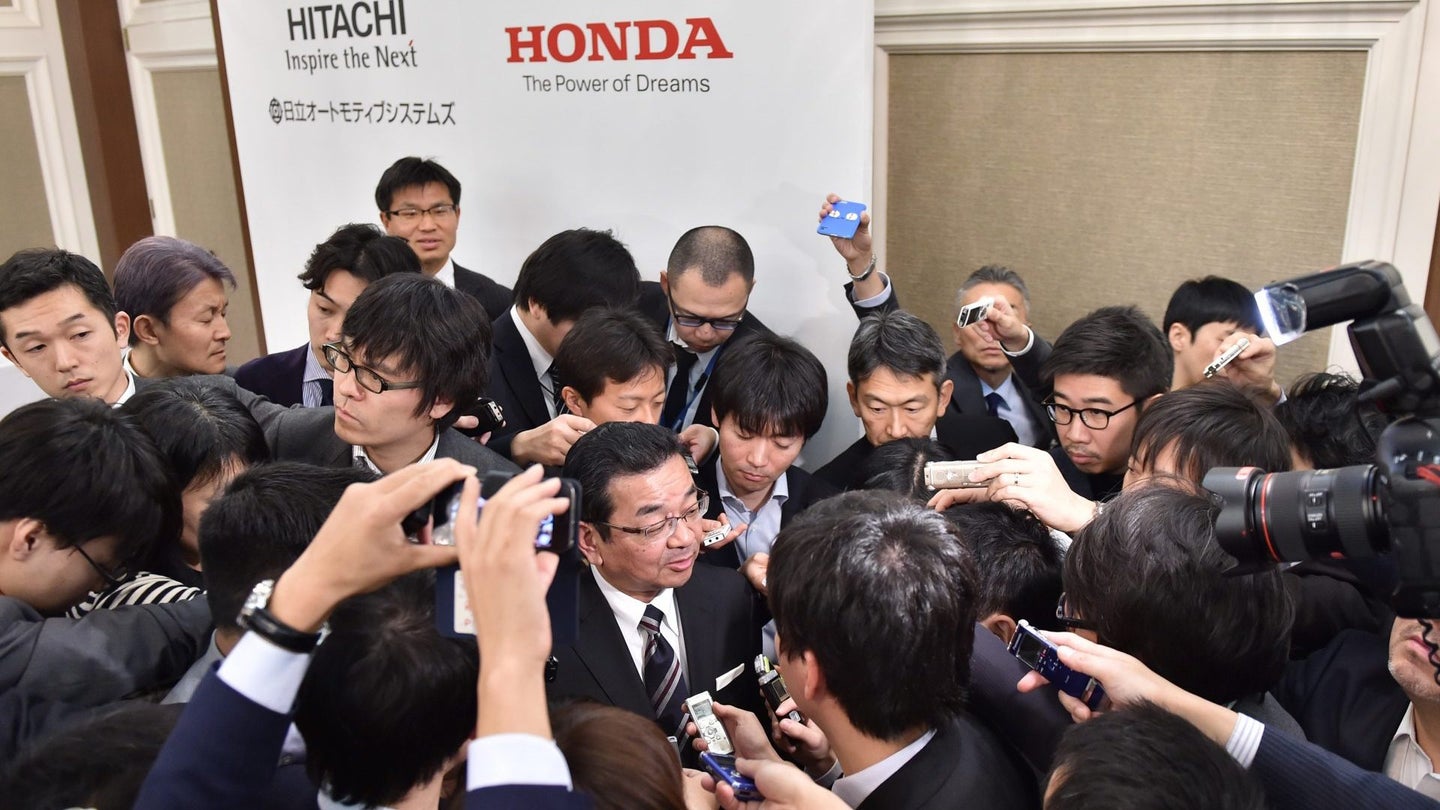 Developing electric vehicles is a capital-intensive business, and one way to bring down manufacturing costs is to produce them—or at least their components—at large scale. That's why Honda is partnering with supplier Hitachi Automotive to develop a company that will design, build, and sell electric motors to the Japanese auto manufacturer as well as to its competitors.

Honda CEO Takahiro Hachigo and Hitachi Automotive Systems President Hideaki Seki announced at a press conference in Tokyo this week that the two companies have signed a Memorandum of Understanding (MOU) to form a joint venture to manufacture and market electric vehicle motors. The proposed electric motor manufacturing company marries Honda's expertise in automotive design with Hitachi's experience as a supplier to Tier 1 manufacturers.

Hitachi currently sells brakes and engine components to Honda, and supplies motors to GM for the Chevrolet Volt. Motors produced by the joint venture will be used in hybrid, plug-in hybrid, and battery electric vehicles (BEVs).

Un like many competitors, Honda's current production lineup is distinctly lacking in long-range BEVs. Like Toyota, Honda has been relying on hybrids and ultra-efficient vehicles to keep its Corporate Average Fuel Economy low, and planning on using hydrogen fuel cells to answer its zero-emissions sales goals. But the slower-than-anticipated rollout of hydrogen infrastructure is bottlenecking fuel cell vehicle growth, and more manufacturers seem to be jumping on the electric bandwagon—or at the very least, hedging their bets with it. Honda introduced the Clarity Fuel Cell last year in some states, and is expected to release an electric version in the U.S. this year.

Partnerships may be one of the avenues Honda is pursuing to catch up to competitors further along the electric and autonomous vehicle commercialization path. Recently Honda announced that it's working with General Motors to develop fuel cell vehicles; Honda also stated it has signed a  MOU with Waymo to explore using the Alphabet-owned subsidiary's self-driving platform in its vehicles.

In addition to improving electric motor design and efficiency, partnering with a mature supplier like Hitachi enables Honda to lower component prices for itself. And Hitachi's relationships with the top auto manufacturers will come in handy if the new company wants to sell electric vehicle components in greater volume.

The companies plan to sign the definitive agreement to establish the joint venture company at the end of March. The yet-to-be-named EV motor company will begin operations this summer in Hitachinaka City in Ibaraki Prefecture, Japan, with manufacturing and sales operation in the U.S. and China. The new entity will be owned 51 percent by Hitachi Automotive, and 49 percent by Honda.

Plans for a Prius-Rival as well as Ridgeline and Pilot Hybrids may be in the works.