You Can Now Drift This 1,050-hp Mercedes Race Truck in Forza

Also a 1957 BMW Isetta. The Select Car Pack has arrived. 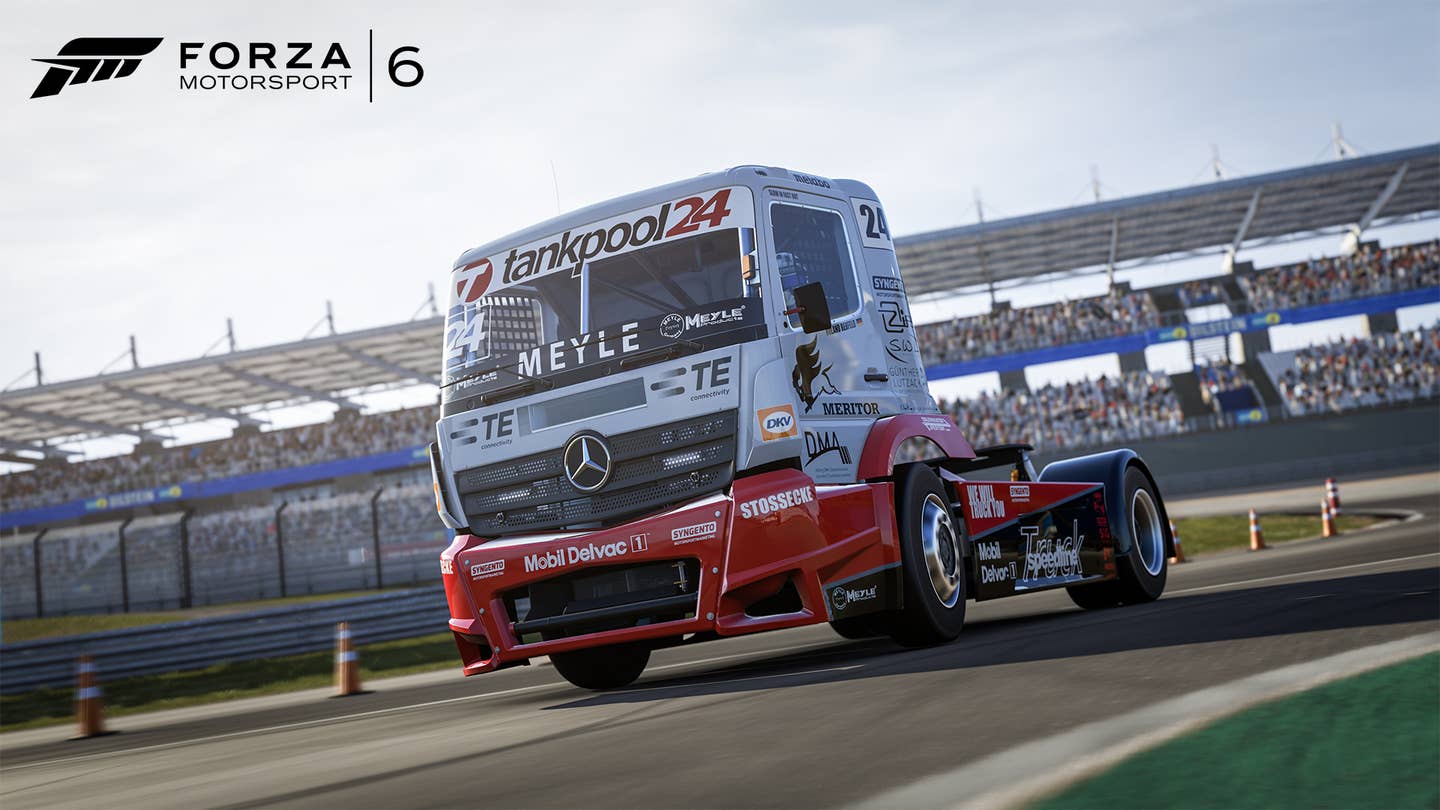 Turn 10 Studios’ Select Car Pack looks like a riot. The latest Forza Motorsport 6 DLC has officially landed, and its contents range from too cool to downright hilarious. It includes the following seven vehicles:

That last one is the real kicker. Build to spec for the FIA European Truck Racing Championship, that rig is an absolute juggernaut. Built on the bones of the Mercedes-Benz Actros, the team’s website lists the engine as a 12.8-liter that’s good for 1,050 horsepower and nearly 3,700 lb-ft. Torque. If you’ve ever watched an FIA ETRC race, and witnessed the hammering insanity therein, you can probably imagine what it’ll be like to hoof the Tankpool truck around in Forza.

And, hey, that Isetta probably isn’t too shabby, either.

The Select Car Pack is now available for download, priced at $7.