The Kia Niro EV and Audi E-Tron also had their “Recommended” tag rescinded over reliability issues from automakers figuring out the whole EV thing. 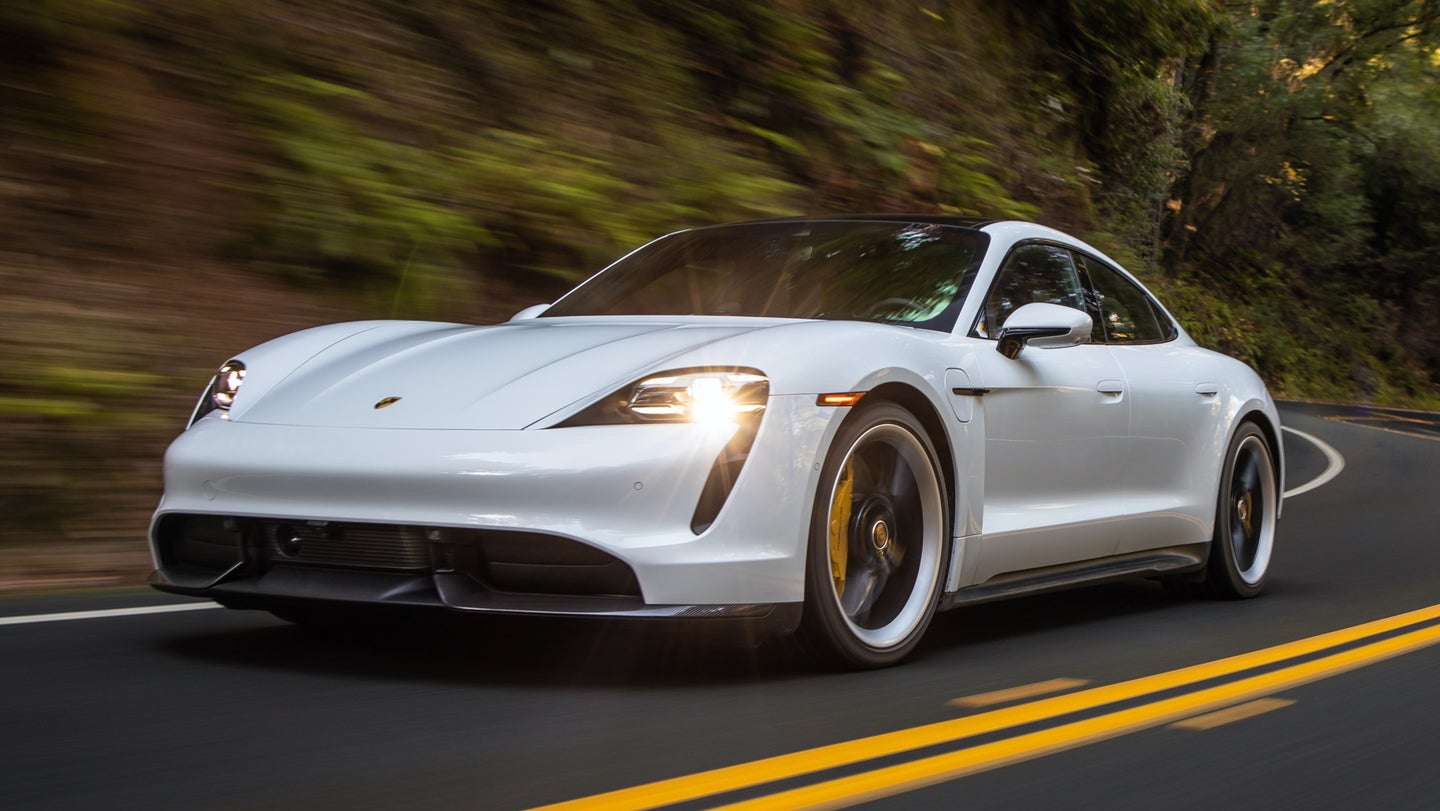 Consumer Reports' recommendations are coveted by automakers and shoppers alike, as even enthusiasts don't want to deal with extra hassles if we don't have to. Unfortunately for every trite "tEsLa KiLlEr" headline on earth, several much-hyped electric vehicles were dropped from CR's recommended list last month: the Audi E-Tron, Kia Niro EV and the grand poobah du jour of lustworthy electro-sedans, the Porsche Taycan.

The drop was in response to a Consumer Reports reliability survey of some 329,000 vehicles, where Consumer Reports' members chime in with significant issues they've encountered with their cars. While CR's report mentioned that these issues will likely be covered under warranty and that overall, EVs still cost less to repair and maintain thanks to their simpler drivetrains, getting those repairs done is still an extra frustration.

Senior Director of Consumer Reports' Auto Test Center Jake Fisher recently spoke with Jalopnik as to why several big-name EV releases dropped off CR's recommended list, and he said that it all boils down to industry-wide growing pains as automakers shift to a completely different kind of powertrain.

It was the feature-laden EVs that fared the worst in CR's reliability survey, as the basic EVs on like the Chevrolet Bolt and Nissan Leaf have average-to-great reliability. Consumer Reports even rates the Bolt as one of Chevy's most reliable models. It's also worth noting—as Jalopnik did—that GM has decades of EV experience dating back to the nineties' EV-1 and that the Leaf is one of the longest-running EV models in production, stretching back over a decade.

These issues, Fisher told Jalopnik, boil down to mo' features, mo' problems. The more complicated a car like the E-Tron or Taycan is, the more likely it is to run into issues with something. It's a big catch-22 in that regard. Higher-end EVs tend to play to an early adopter crowd who loves gadgets and unique tech, but working the bugs out of all that extra tech on top of a whole new kind of car takes time.

“Often, it’s not the EV tech that’s problematic. It’s all the other new technology that could show up on any car—new infotainment systems, more sophisticated power equipment and gadgets—that often gets put on new EVs to feed a perception that they’re supposed to be luxurious and high-tech.”

The short development time of many new EVs—many of which ride on completely new platforms—also hinders their reliability, Fisher explained to Jalopnik.

Thus, both the luxury E-Tron as well as the subcompact Niro crossover lost their recommended tags. Consumer Reports writes:

"E-Tron owners reported drive-system electrical failures along with power equipment issues. Model Y owners reported numerous build quality issues, such as paint problems (one of our members said that the day they received the car, there was dust, debris, and human hair stuck in the paint) and body alignment problems that led to owners not being able to close the rear hatch. Kia Niro EV owners reported problems such as having to replace a bearing in the electric motor."

In response, Audi and Kia both told Consumer Reports that they're working on fixing the issues.

The Model Y—a new model from a young automaker whose own growth issues have been well-documented by CR—hadn't been recommended before the surveys came in despite its good performance in CR's own tests. “The strange thing about Tesla is that what’s really hurting them is the basic stuff,” Fisher told Jalopnik. As in, no one wants to find hair in their car's paint. Meanwhile, Tesla has also stopped communicating with Consumer Reports as it has with other press outlets—a sharp contrast to the days when Elon Musk personally called CR to suss out issues with the Model 3 that the outlet uncovered.

This round of surveys even changed the way Consumer Reports assigns predicted reliability scores for EVs. CR uses reliability predictions to fill in when there isn't enough member data on them to get a solid rating. Previously, the simplicity of EVs' drivetrains gave them a bit of an advantage, but now CR discovered that the industry-wide Electro-Gold Rush might be pushing through some features that should've stayed in beta a bit longer.

This is why the Porsche Taycan—a car where there's insufficient data from members in CR's surveys—lost its recommended status. It did well in Consumer Reports' tests, but its overall newness dropped its predicted reliability from average to below average.

“The issue is that Porsche doesn’t have [much history] with electric cars,” Fisher told Jalopnik, noting that Porsche is using an all-new platform for the car with tons of other new tech.

In response, Porsche pointed to its ranking as the most reliable European marque in Consumer Reports' rankings, said that over 70 percent of all roadgoing Porsches ever built are still on the road, and told the publication that the “focus in the development of every Porsche vehicle is careful engineering," including with the Taycan. We'll see!

Consumer Reports also downgraded a couple other shiny new higher-end EVs that they hadn't driven yet for the same predicted reliability reasons as the Taycan: the Ford Mustang Mach-E and the Mercedes-Benz EQC.

Fisher told Jalopnik that he doesn't expect this to be an issue in the long run, as most automakers have only been building full EVs for less than a decade. Just as it has with a century of internal combustion engines, Fisher expects EVs to become mostly reliable as automakers gain experience building them. For now, we'll have to give everyone time to catch up before we can automatically expect that simpler drivetrain to give us a trouble-free ownership experience.

What it’s like to drive an electric car through the desolate Canadian winter.