No, Sony Won’t Be Building and Selling Its Electric Car

It’s just a concept. A completely drivable concept, but not one Sony plans to build for you or us. 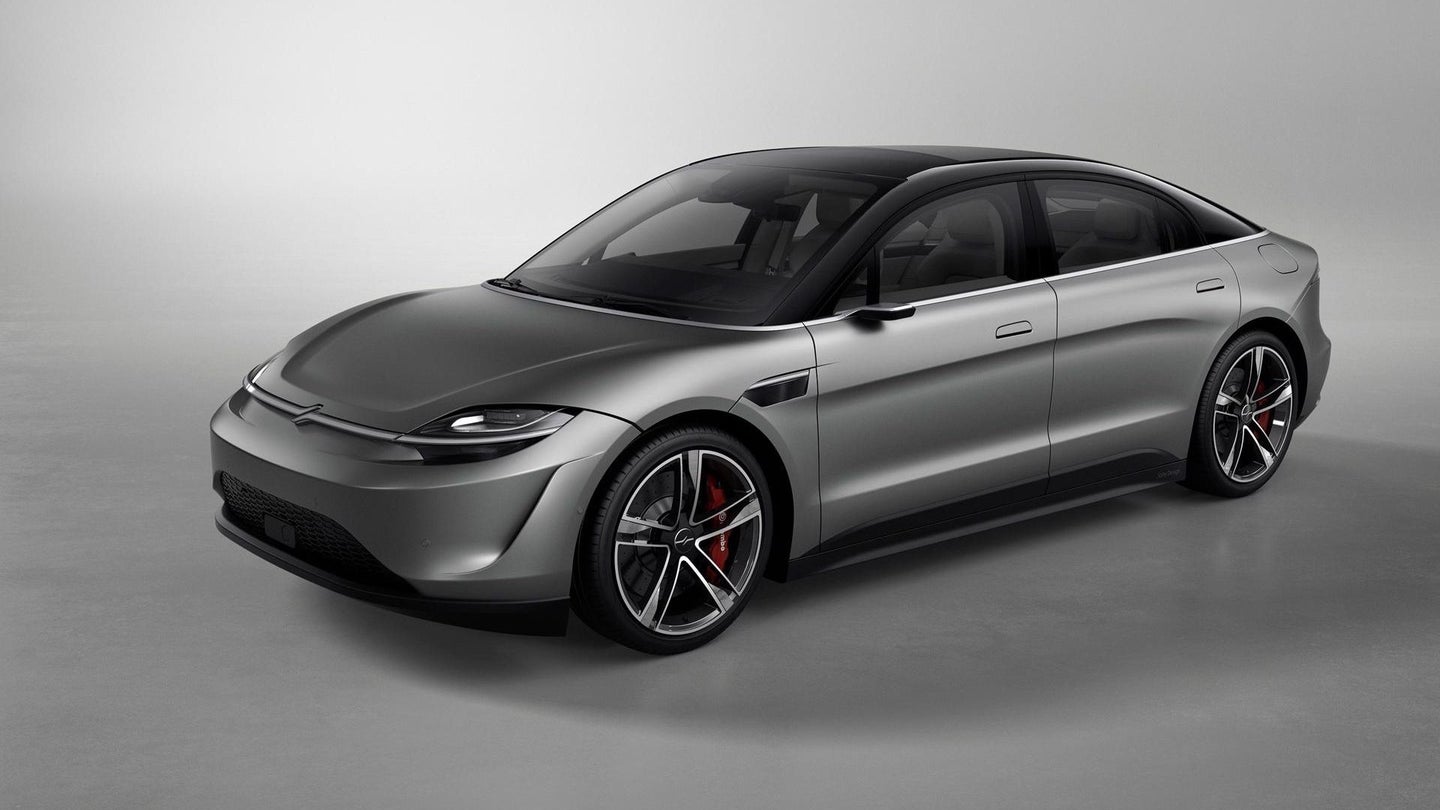 Sony stunned the world at the 2020 Consumer Electronics Show in Las Vegas after it debuted a seemingly production-ready, all-electric car called the Vision-S. Meant to showcase the electronics giant’s automotive product integration capabilities, the fit and finish of the Vision-S got many people thinking that Sony was looking to join the ranks of Tesla and Rivian. Sony has two words for you: keep dreaming.

After speaking with representatives from Magna Steyr, the auto manufacturer responsible for building the Vision-S—as well as the Toyota Supra, BMW Z4, and Mercedes-Benz G-Class—who offered less than what we had hoped, The Drive got ahold of Shinichi Tobe of Sony’s corporate communications. He gave us the full scoop on the Vision-S’s lack of production potential.

“At present, we have no plans to mass-produce and sell [the Vision-S]," said Tobe in an email to The Drive, though he explained that “it is a working prototype,” and “From the outset, it has been intended to be a vehicle capable of being driven on public roads, and all aspects of its structure, engineering and styling have been designed with legal and safety regulations in mind.”

So there you have it: the Sony Vision-S concept is just a concept and nothing more. Tobe couldn’t answer a few of our material procurement questions, like where Sony sourced the batteries and motors, but the concept isn’t without real-world applications that we could soon see from manufacturers who source technology from Sony.

“While this prototype is a four-door coupe, we are taking an approach to R&D and design engineering that will enable this concept to be used in other car models,” Tobe said, adding, “With this in mind, we decided to start with a coupe, given the significant challenges it presents in terms of engineering and design, so the technologies we explore could then be adopted in various other models."

Tobe told The Drive that the concept is meant to showcase advanced interior entertainment packages, such as "the experience of being immersed 360 degrees in sensing technology and entertainment.”

As for the EV as a whole, “The VISION-S prototype is the embodiment, in a four-door electric vehicle, of the key themes in Sony’s approach to the future of mobility,”  Tobe said, "such as the deep sense of reliability and safety provided by the evolution of sensing technology, the new value proposition entertainment can bring to mobile spaces, and the constant evolution a platform can undergo through next-generation connectivity. While maintaining a sense of simplicity, it also conveys speed, power and elegance.”

So while the Sony Vision-S isn’t destined for a Best Buy or a dealership near you, you may start to see Sony-branded audio equipment, rear-, side-, and forward-facing cameras, car-to-car connectivity units, as well as a host of other technologies meant to make your commutes far more pleasant than their current middle-finger daily salutes imply. Shame, though, the Vision-S is a real looker and the build quality is downright German, especially the panel fitment.

Maybe we’ll get some downloadable content for the next Gran Turismo on the recently announced PlayStation 5? We can dream.

Sony Wants to Use AI to Dispatch Taxis in Japan

Five cab companies will partner with Sony on the project.