When you hear the Bugatti W-16, you hear two V8s fighting to the death. 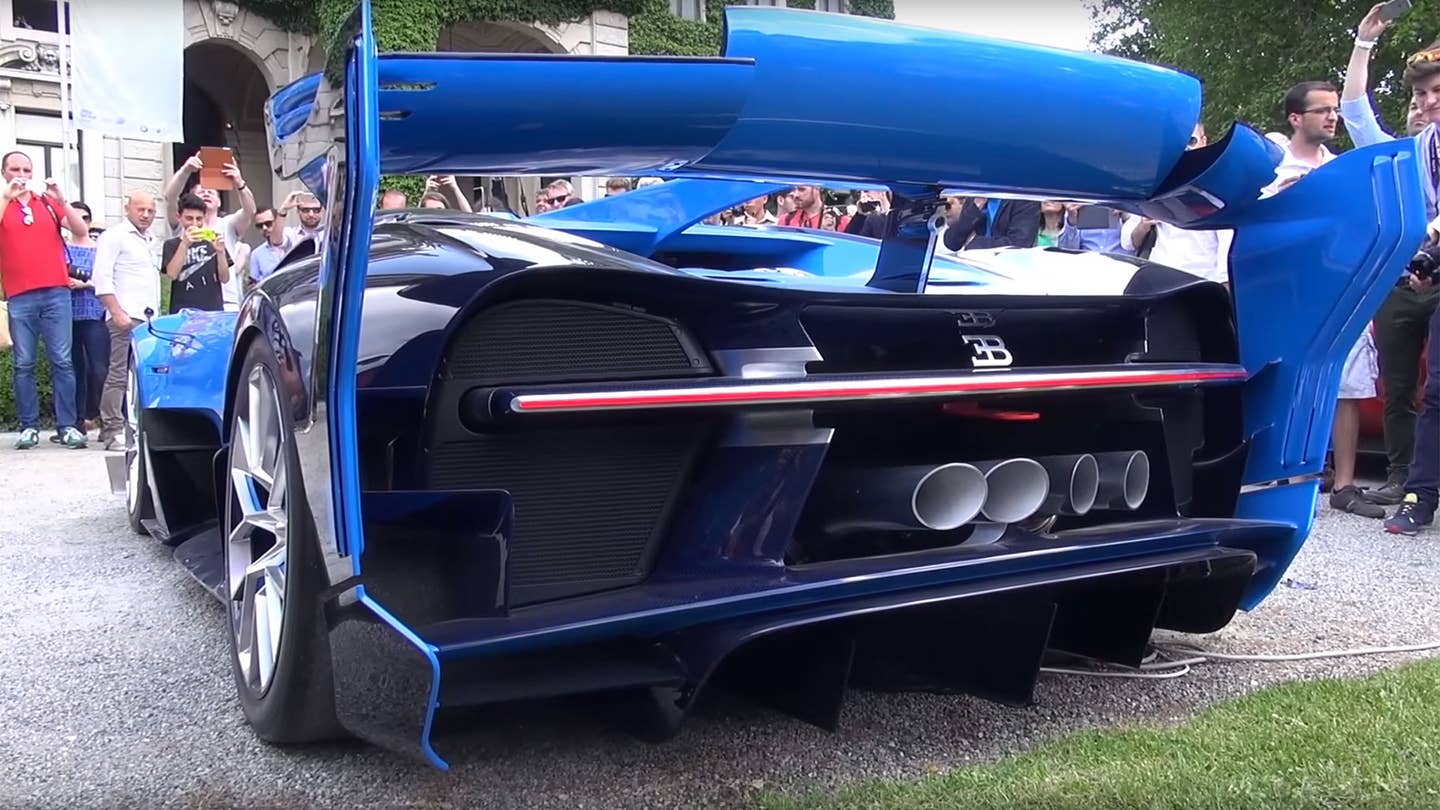 At its debut, in categories from horsepower to price, top speed, rarity and swagger, the Bugatti Veyron was the world's "Best." It got love in hip-hop lyrics, love from celebrities and honors form the Guinness Book of World Records. Still, beneath that thick gloss of success and primacy, was an open secret, a festering disappointment no YouTube star or collector would vocalize. The Bugatti Veyron, perhaps the decade's most significant car, has a mediocre exhaust note. Loud, sure, and rumbly and whoosh-y, considering the four turbochargers, but not befitting the world's fastest car. There was no bark, little romance, and a lot of mumbling.

Then, there's this video, from the concours Villa d'Este, of a racing concept of the new Chiron called the Vision GT. Watch the video with good headphones, though, and you'll be wondering why they didn't name it the Audiology GT. All that spit, bite and anger than was too muffled in the Veyron comes full force out of the quad exhaust pipes cut, like classic F1 cars, at an angle. Originally, the Vision GT was designed for a video game, so theatrics are part of its DNA. As it sits and revs, it sounds exactly as a a W-16 should: two dueling, fancy V8s, barely dressed in a whiff of turbocharger hiss. Sad you'll never hear one in person.