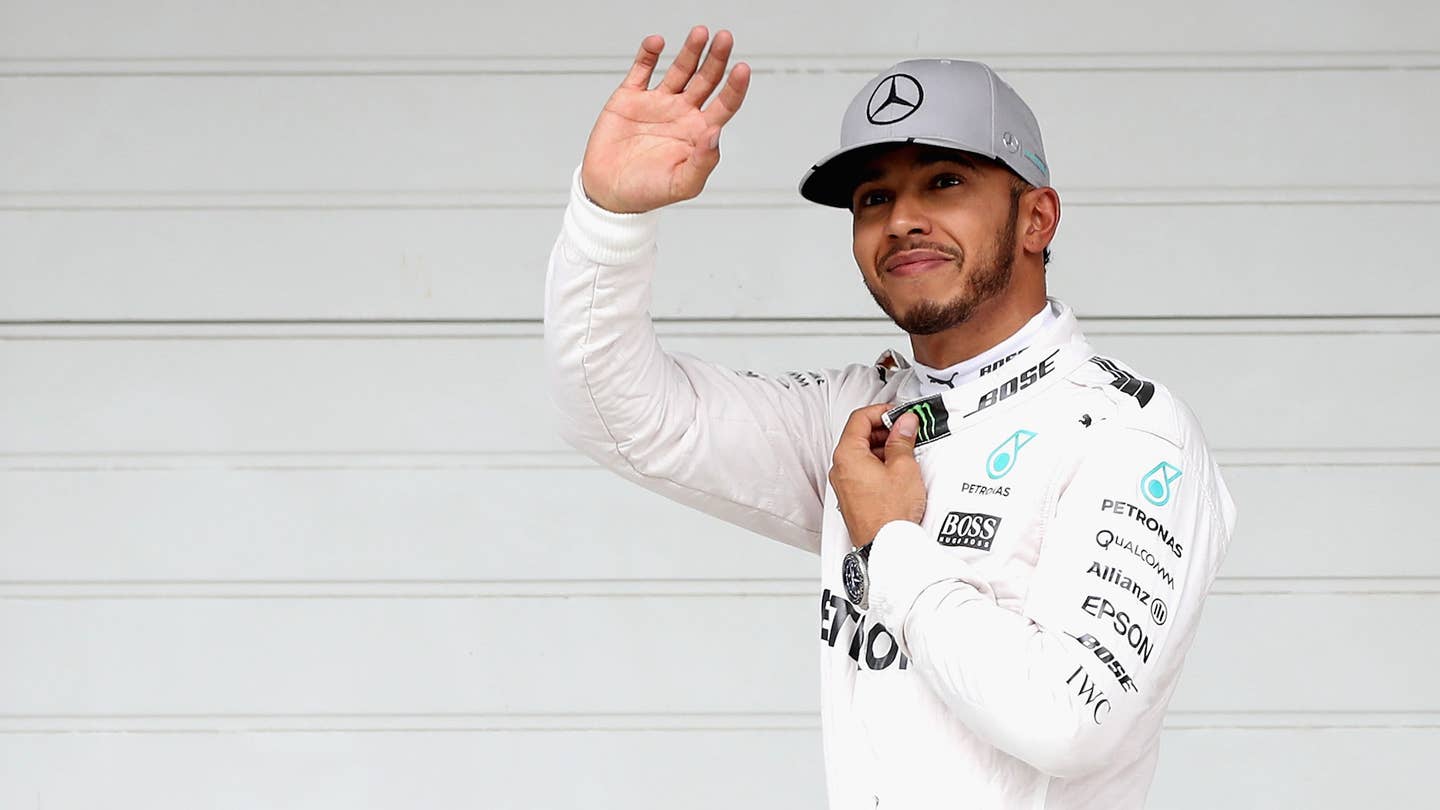 Mercedes’ Lewis Hamilton took pole position in Brazil with teammate, and championship rival, Nico Rosberg finishing P2 in the session. It’s the 19th pole in 20 races in 2016 for the Mercedes team, a record number of poles for one team in a season. The duo are battling for championship glory this weekend. Rosberg currently holds a 19 point advantage over Hamilton in the standings and, if he walks away from tomorrow's race with a 26 point lead, he will be crowned champion. If Rosberg wins the race, no matter Hamilton finishes, Rosberg will win that title. Hamilton, for his part, will be doing everything possible to take that win away, but the three-time champion has never stood on the top step in Brazil.

Ferrari’s Kimi Räikkönen and Red Bull’s Max Verstappen will line up on row two with their teammates, Sebastian Vettel and Daniel Ricciardo starting just behind. Vettel, Verstappen and Ricciardo were the source of controversy, and amusement, at the previous race in Mexico City after they all took turns finishing in third place, with Ricciardo ending up with the position after penalties for both Verstappen and Vettel.

Romain Grosjean stole the show for Haas F1, making Q3 for only the second time this season. The French driver outperformed his departing teammate, Esteban Gutierrez, who could only muster a 12th place start. Behind Grosjean, the Force India pair of Nico Hulkenberg and Sergio Perez put in a good performance for their team to make the top 10. The eighth and ninth place qualifying positions are a welcome result for the team, which looks to extend its nine-point lead for fourth place in the constructors' standings over the Williams team. McLaren’s Fernando Alonso rounded out the top 10 despite a disappointing Friday practice that saw him retire the car and try his hand at camerawork instead.

Williams’ Valtteri Bottas will line up P11, with his teammate, and hometown hero, Felipe Massa P13 in his final Brazilian Grand Prix. 14th and 15th positions belong to Toro Rosso’s Daniil Kvyat and Carlos Sainz Jr. and Jolyon Palmer, who has recently been re-confirmed at Renault for next year, alongside Nico Hulkenberg, was the final car in the second round of qualifying.

Q1 saw McLaren’s Jenson Button knocked out for the third time in four races. He will line up P17 alongside newly minted 2017 Haas driver Kevin Magnussen. Behind them, the Manor duo of Pascal Wehrlein and Esteban Ocon qualified 19th and 20th, however, Ocon is facing a three grid spot penalty and will start last in the field, behind the Sauber pair.