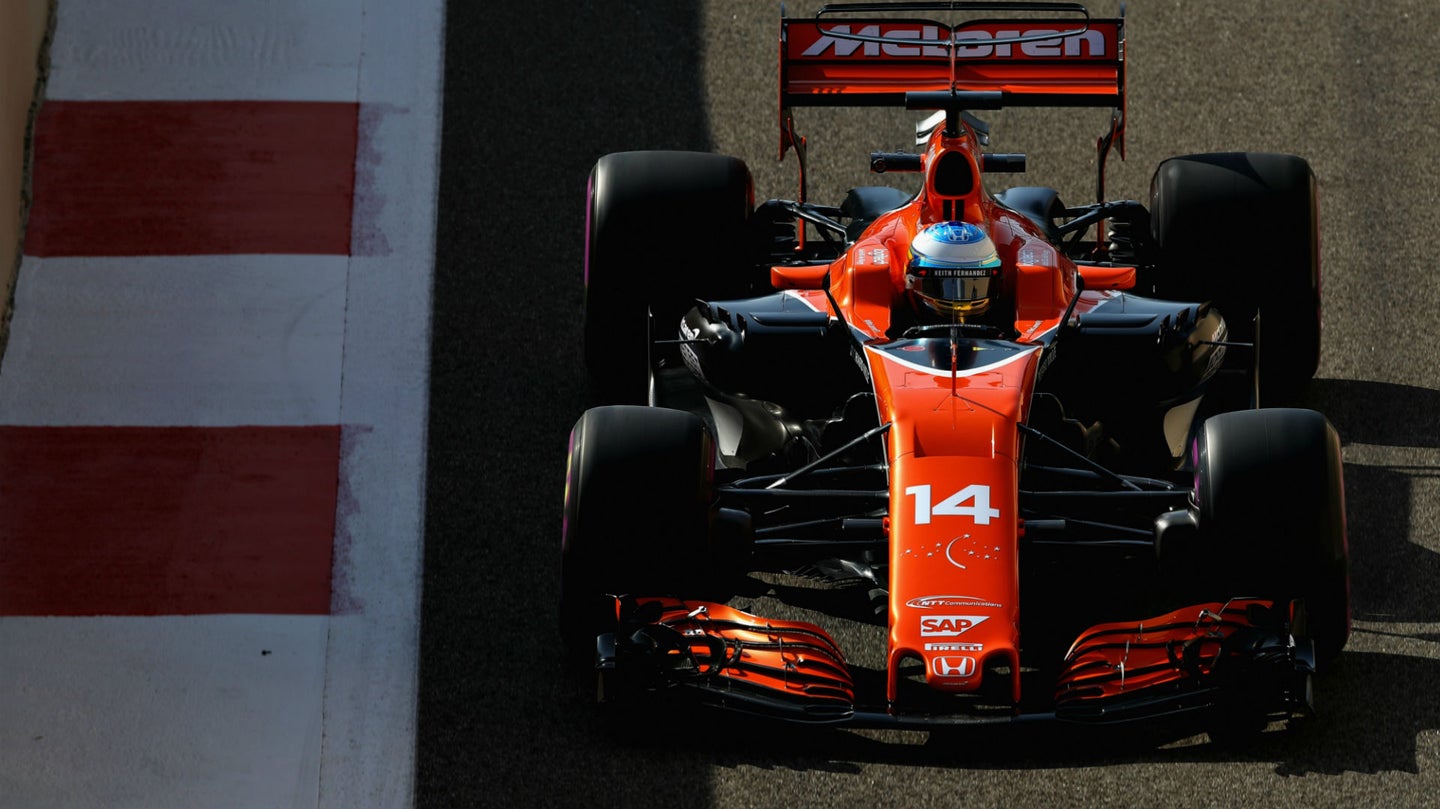 Just like Ron Dennis before him, McLaren boss Zak Brown has decided against signing with a title sponsor during his tenure in F1. While the Woking-based racing outfit has a list of what Brown calls "major sponsors", McLaren will remain independent in terms of branding next season.

This move goes in the opposite direction of rivals Red Bull and Sauber, both of which inked contracts with Aston Martin and Alfa Romeo respectively ahead of 2018. Brown doesn't see much point in it all as he recently explained to Autosport.

"There's major branding, but we don't want to sell the title, we want to remain the name of the team—McLaren."

Brown then drew a comparison to Nascar, a parallel that's been referred to often as of late.

"In NASCAR the drivers are trained to get out of the car and say, 'I'd like to thank my Chandon Ford today.' That doesn't happen in F1, so we want to protect our brand."

With 2018 looking positive for McLaren and itsnew engine partner, Renault, now could be the best time in years for sponsors to invest in the team. Big names like Fernando Alonso draw loads of attention to the organization, and if it can win next season, partners could cash in on McLaren's potentially newfound success.

"We have signed some sponsors, but I don't know exactly when we're going to announce them," Brown mentioned. "We're not done yet, so all sponsors are welcome!

"We've got a lot of excitement. There's a good buzz around F1, TV ratings are up, live attendance is up, new owners, strategic vision, so there's momentum behind F1."