After Sunday's Brazilian Grand Prix, the Spaniard was once again stumped by his power unit's lack of oomph. 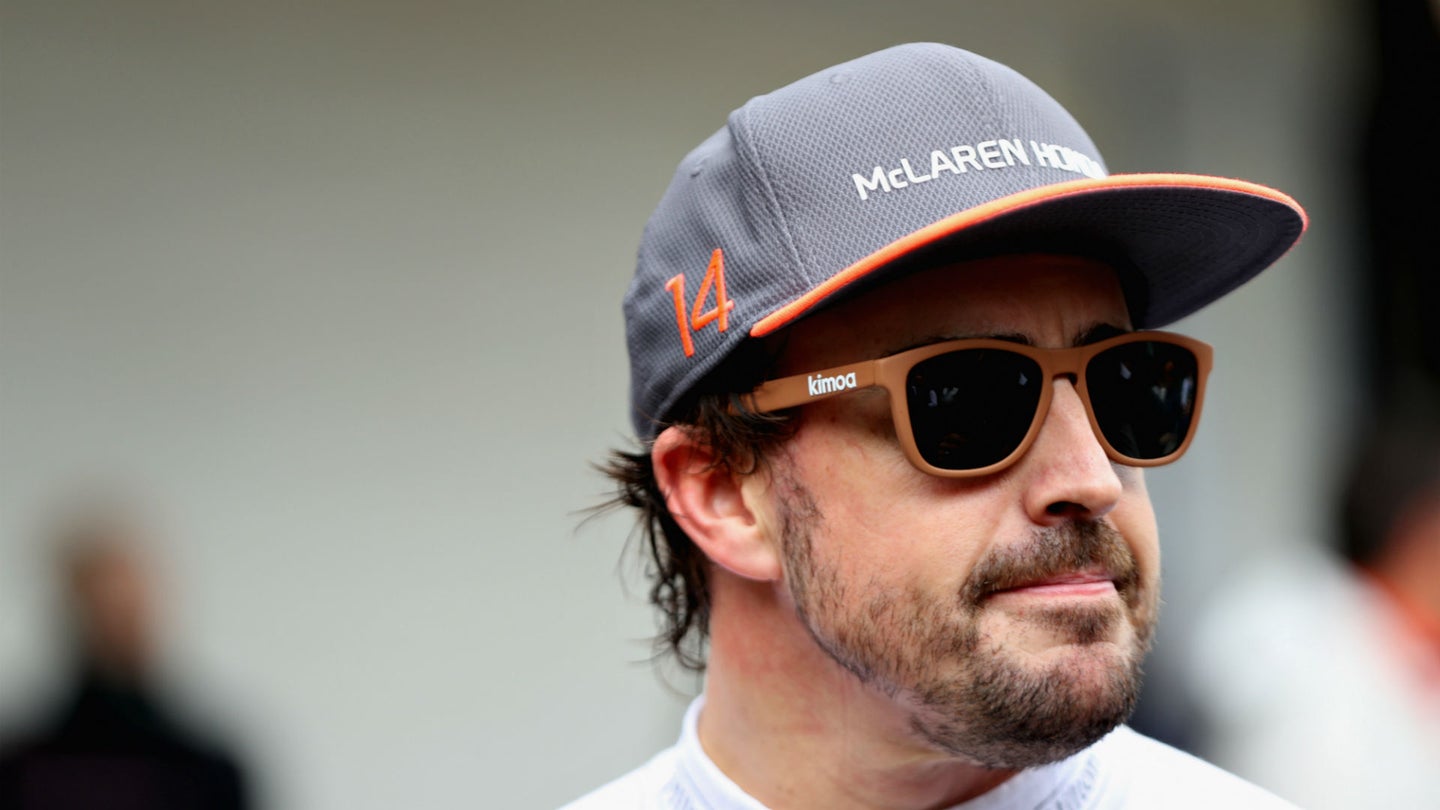 Despite qualifying a season-best P6 and finishing in the points at Sunday's Brazilian Grand Prix, McLaren's Fernando Alonso was disappointed by his car's deficit with the rest of the field. As the two-time world champion explained after the race, he just didn't have the speed to outgun his competitors, warning Scuderia Toro Rosso, which is set to switch over to Honda engine supply in 2018.

Alonso claimed that his engine's power, or the lack thereof, should be alarming to the Faenza-based racing outfit next season. He said that other cars on the grid must be 40 or 50 kilometers per hour (about 25 to 30 miles per hour) faster on the long straights, giving STR enough reason to be "worried" about similar problems after moving away from its current partner, Renault.

"The lack of power today was amazing," mentioned Alonso, who said his experience was much of "the same" as it was at the Mexican Grand Prix. "I was very, very close to Felipe a couple of times on the exit of the last corner, but even with the DRS he was pulling away... The lack of power is quite worrying for Toro Rosso next year," he said.

Fernando continued his rant about the competitive gap with other cars, mentioning that every other entrant, including Renault-powered machines, had the advantage by far.

"It's still a shame that we have this incredible power deficit and that with all the battery, the DRS and everything they are still quicker on the straight." He added, "the lack of speed today was alarming... only Abu Dhabi left and another complicated year ends."

Alonso's hopes for success with Renault are high. After all, both of his world championships were clinched behind the wheel of a Renault, giving him a positive outlook on 2018 after three years without a podium at McLaren.

"Renault is the best engine company in the last 15 or 20 years if you see all the championship so I think we should not be worried," he said.

"Overall it was the best weekend for us. We started sixth, we were fifth, we finished in the points, so a happy weekend," he said.

Is Honda Preparing To Withdraw From Formula One?
The Drive
MORE TO READ