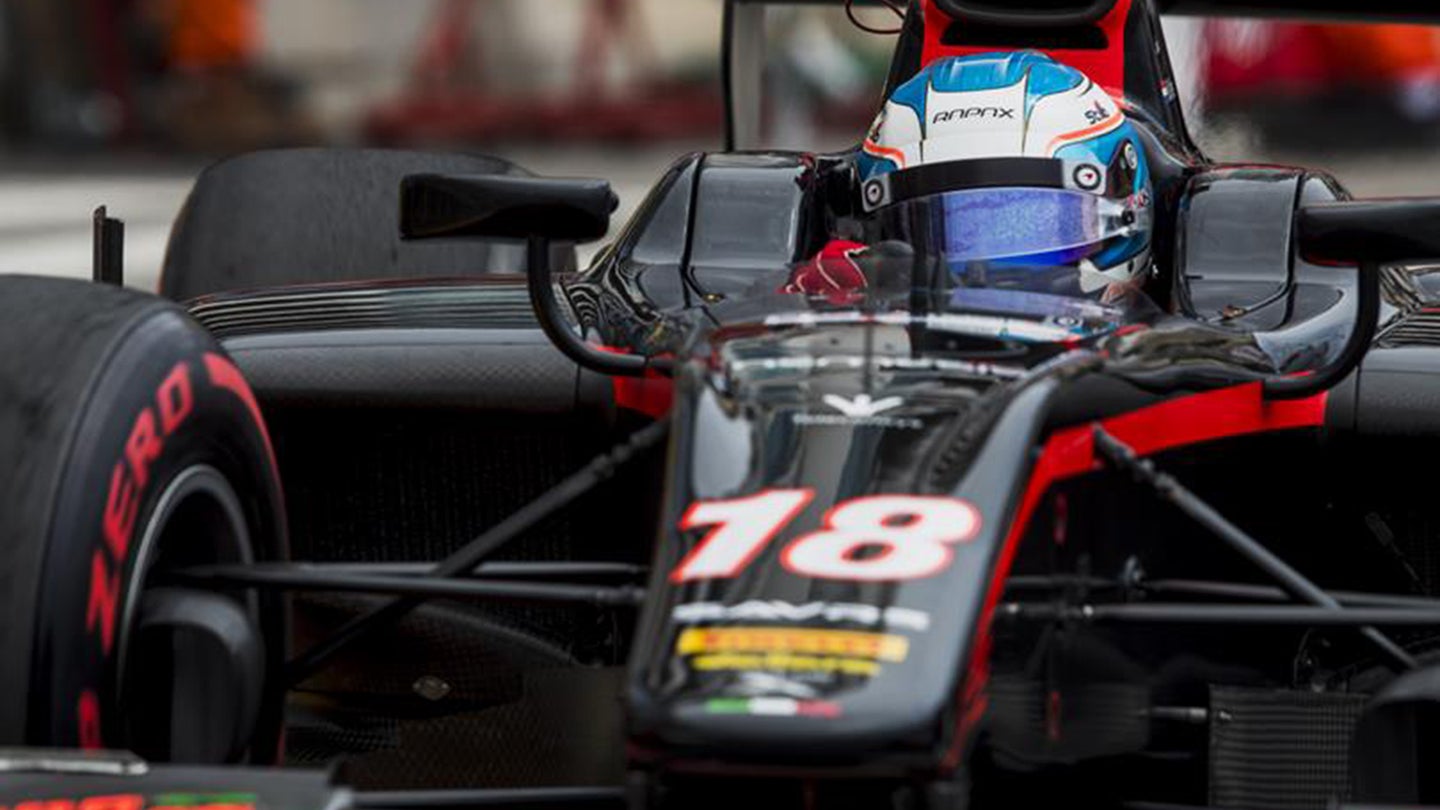 On Saturday, following the Formula One qualifying session, Formula 2 took to the track for its sprint race. The front row was held by Rapax teammates Johnny Cecotto and Nyck De Vries. Championship leader Charles Leclerc would be starting 17th, after having a miserable feature race the day before. Oliver Rowland, who won the feature race and was now only three points behind Leclerc, would be starting from eighth.

Eighth is the final points position in the Formula 2 sprint race. If Rowland could gain two spots in the race, he'd take home four points and the lead in the championship; so long as Leclerc couldn't pull a rabbit out of race car and finish in front of him.

The green flag flew and the Rapax teammates were in a drag race to the first corner of Sainte-Dévote. Cecotto had some wheel spin, which allowed De Vries to pass him going through Sainte-Dévote. From there, De Vries ran away from the field and off to victory. At the start of the final lap, he had an almost 12 second gap over second place.

This was De Vries' first Formula 2 win, and to do that at Monaco is special for a young driver. He didn't win the race because it's difficult to pass on the narrow streets, he won because no one could catch him.

Behind him, the battle for the championship lead went from bad to worse for Leclerc. He lost a few spots at the start, but began to gain them back. He bumped Norman Nato into retirement while passing him, earning him a ten second time penalty at the end of the race.

After the contact, he was eventually up to 15th, but could go no further. In fact, he started going backwards down the order. After being relegated to 18th, which was the last of the running cars, his team called him into the pits and retired the car.

The one good thing for Leclerc was that Rowland had dropped to ninth and was unable to get back into the points. Leclerc's championship lead of three points would remain intact.

The other star of the race was Atrem Markelov. He started 7th and was desperately trying to finish on the podium. He got up to sixth and had been hunting down Alexander Albon, lap after lap, trying to force a mistake. After that not working he went for a pass in turn 16, Rascasse.

Coming from maybe three car lengths back, he slammed on the brakes at the last moment, got the car turned and forced his way past Albon without even the slightest contact. Albon had no idea he was coming until it was too late. Markelov was so far back, Albon was just taking his normal line through the corner.

If any of the Formula One drivers complain after Sunday's race that they couldn't pass (and they will complain), they just need to watch a reply of Markelov's move.

Don’t Forget: The Monaco Grand Prix Is Also This Weekend

We’re all following Alonso at Indy, so here’s an on-board lap with Vettel to help remind you why you should watch the Monaco Grand Prix.