Hands-On with the Yutrax Rush TX5000

Our verdict on whether this foldable ramps have the strength to take a heavy load.

Check Latest Price
Summary
They are definitely compact, virtually smaller than anything else available. But they aren’t the easiest ATV ramp pair to set up and use quickly.
Pros
Cons

TheDrive and its partners may earn a commission if you purchase a product through one of our links. Read more.

ATV loading ramps are necessary to load heavy weekend toys and other equipment, but they can be a pain to actually use and store. Bi-fold and tri-fold ramps make life a bit easier if you don’t mind the extra weight, but they aren’t winning any origami contests.

Yutrax’s Rush TX500 offers a different take on the folding ramp approach. Using a “multi-folding” design, the TX500 folds in two separate directions, allowing the ramp to shrink into a more compact profile than most models allow.

Suspicious at first, I got to play around with the ramps: folding/unfolding them like crazy, loading some heavy things onto my truck, and even finding an ideal storage setup as a part of a ramp system in a truck bed under the side rails. The final verdict is somewhat mixed. They are definitely compact and are virtually smaller than anything else available. But they aren’t the easiest ATV ramps to set up and use quickly.

The design of the TX500 will seem familiar to you in the unfolded position. If you have used any kind of dual-runner design, these aluminum ramps work exactly the same way. At 76 inches long, both ramps are perfect for the average pickup truck or trailer on a flat surface.

Given the heavy-duty claims TX500 has about the ramps, especially it’s 2,000-pound maximum capacity, I was relieved to see that the overall construction is high quality. While there are plenty of quality aluminum straight loading ramps, most folding ramps suffer when it comes to weight capacity. Made out of lightweight aluminum, the runners and edges feel solid enough both folded and unfolded. More importantly, the folding joints and connectors don’t have any noticeable give or random noises that typically indicate that something is going wrong with the structural integrity.

Since these ramps share many design cues with other dual-runner sets, you should expect some of the usual drawbacks that come with the design. First and foremost, the tailgate tabs on top of the ramps are just large enough to provide some friction and stability when the ramps are under load. If you are loading a typical ATV, for example, they should do just fine if you have the ramps stabilized with extra hooks and safety straps, assuming you don’t drive the vehicle up like it’s on fire. Heavier loads or faster speeds, however, can cause the ramps to slip at the top since the tabs don’t have much grip.

The ladder-like rung design also has its drawbacks. The gaps are smaller than most ladder ramps, but they can still be a challenge when pushing up smaller wheels that lack a motor. To load a lawn mower or other equipment, a flatter surface is much easier to use. The rungs catch the wheels, forcing you to push more against gravity.

Similarities with other ramps end once you look at the folded profile of the set. Even compared to other folding ramps, this one has the field beat by far. Folding in half in two separate directions, the folded profile is narrow and easy to store in spots you wouldn’t dream of putting other ramps in. With that said, these ramps don’t offer any kind of “Acme-based logic” when it comes to storing them, meaning they aren’t magic. Yes, you can fit these ramps into smaller spaces, but you won’t be able to squeeze them into a glove box or under the seats of your vehicle. They will fit in a truck bed toolbox or trunk/cargo area without taking up too much room for other things.

The things to like about these ramps mostly have to do with the folded and unfolded positions. Much like quantum physics—at least in my “expert” opinion—and the observability of different states, these ramps are great as long as you don’t try to observe the transitional state that exists between the unfolded and folded positions.

Since these ramps are similar to most other dual-runner ramps, using them unfolded is the same as other options. Once they're unfolded, all you have to do is set the tabs near the plate top onto the upper loading surface, fasten them with straps, make sure everything is secure, and start loading. You can fasten the stability straps pretty much anywhere along the rungs as well.

Under load, these ramps do a great job of maintaining their rigidity without flexing or bending too much. Everything locks together, so you don’t have to worry about the ramps folding in on themselves at the worst possible moment.

The one drawback I found with these ramps is getting them into position in the first place. This has to do with the process of unfolding them—read below for that fiasco—and the weight of each ramp. Coming in at 21 pounds apiece, moving this much metal around each time you want to load or unload an ATV will require a short adjustment period or some time using that New Year’s gym membership. Most of the weight comes from the additional hardware required for the extensive folding abilities. If you want something lighter, find a set of ramps that don’t fold at all.

Moving them around when they’re folded is easy. You still have to deal with the weight, but they are more manageable to cradle and hold with both hands. With the right hardware, they are even small enough to carry on the sides of a truck bed or trailer to keep them off of the floor. You can also store them on a smaller vehicle like an ATV to traverse challenging terrain.

Unfortunately, the ease of use with these ramps breaks down when folding or unfolding them. The process is simple on paper: Unfold the rungs to the ramp’s true width, then unfold the ramps along the middle point. The problem is that the ease on paper doesn’t translate into reality when you have to fight against the ramp as it tries to fold in on itself.

If you imagine that you had (or wanted) to juggle one of those dealership inflatable dummies, you’ll get a pretty good idea of what it’s like to unfold these ramps. While the ramps lock into place, you need to reach a certain point where the ramps work with you. Before that point, the rungs want to fall back together, the middle joints need to be pried apart, and your blood pressure will be rising before the ATV actually leaves the ground.

Suffice it to say, there’s a small learning curve to overcome with these ramps. Once you figure out the right-hand placement or learn to use the ground to support your efforts, everything will come together. You can eventually get to a point where folding/unfolding is easy, but you won’t be winning any races setting these up.

There is no doubt that Yutrax is accurate in its advertising with the Rush TX500. They aren't the best ATV ramps available, but the ramps do fold down in multiple ways, and the heavy-duty aluminum can hold a good amount of weight. For the most part, the folding/unfolding process isn’t a major obstacle if you take your time. Just don’t expect to get these set up quickly the first few times. If speed is your game, non-folding ramps, once again, are the better choice.

Final Verdict: These are the perfect ramps for compact use as long as you don’t need to set them up quickly. 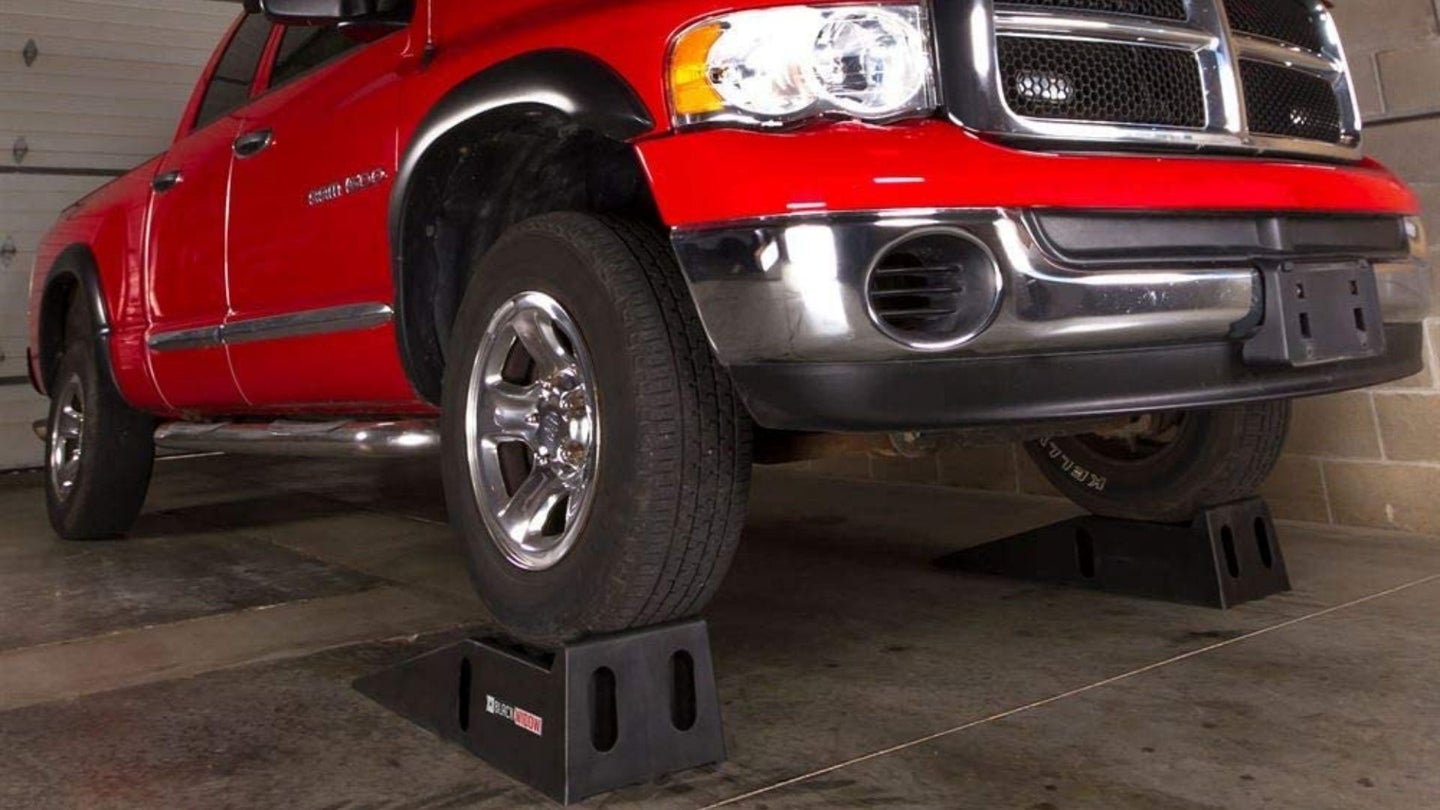 These top-notch car ramps are a great tool for your garage. 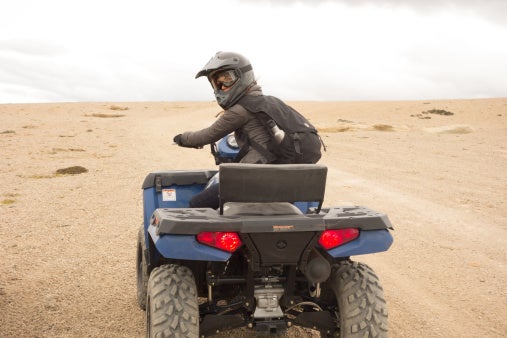 How to Use ATV Ramps

The best way to get heavy equipment into the bed of your truck. 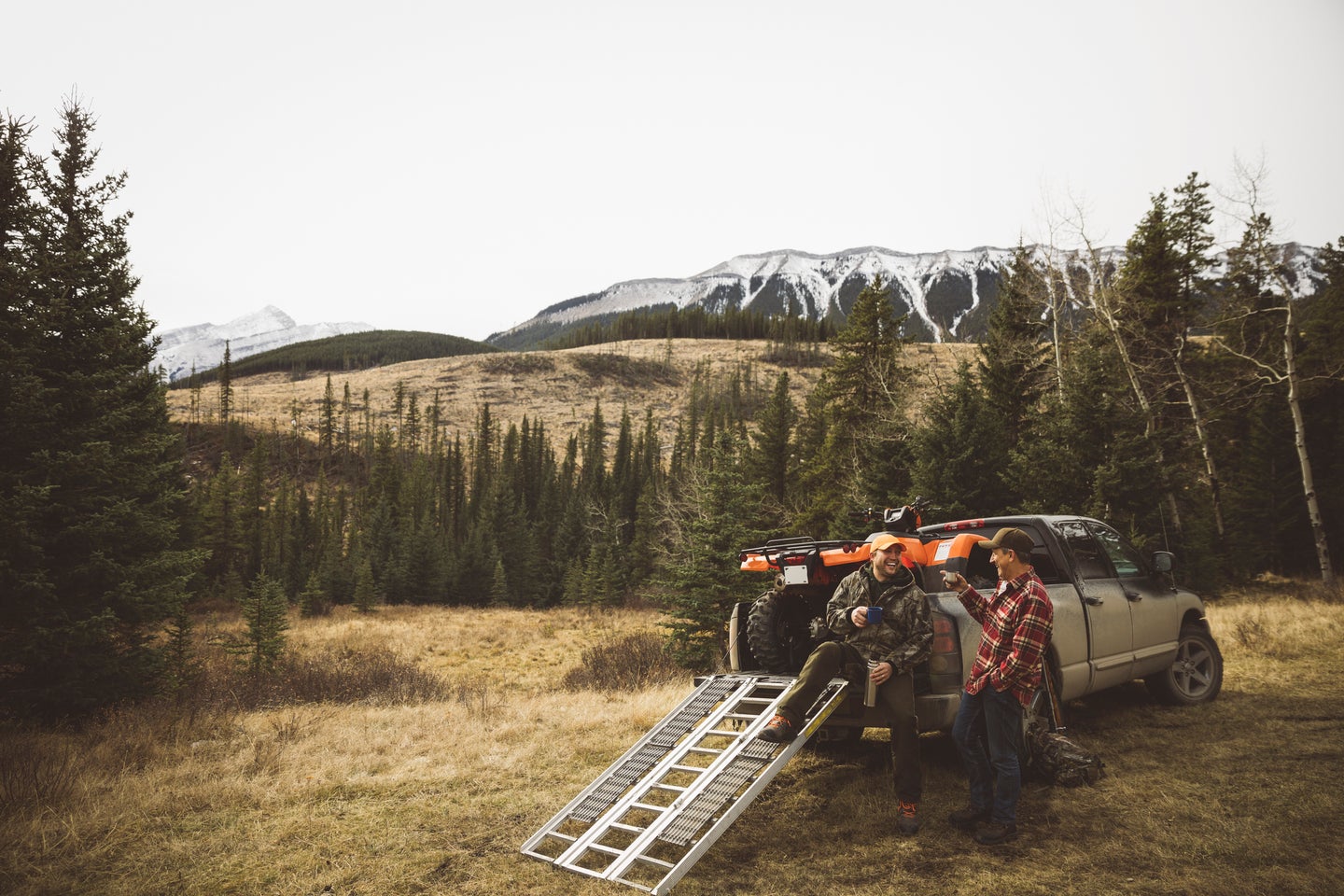