M1GP Is 24 Hours of Motorcycle Torture

The Drive takes on the M1GP 24, an endurance race of epic (and tiny) proportions. 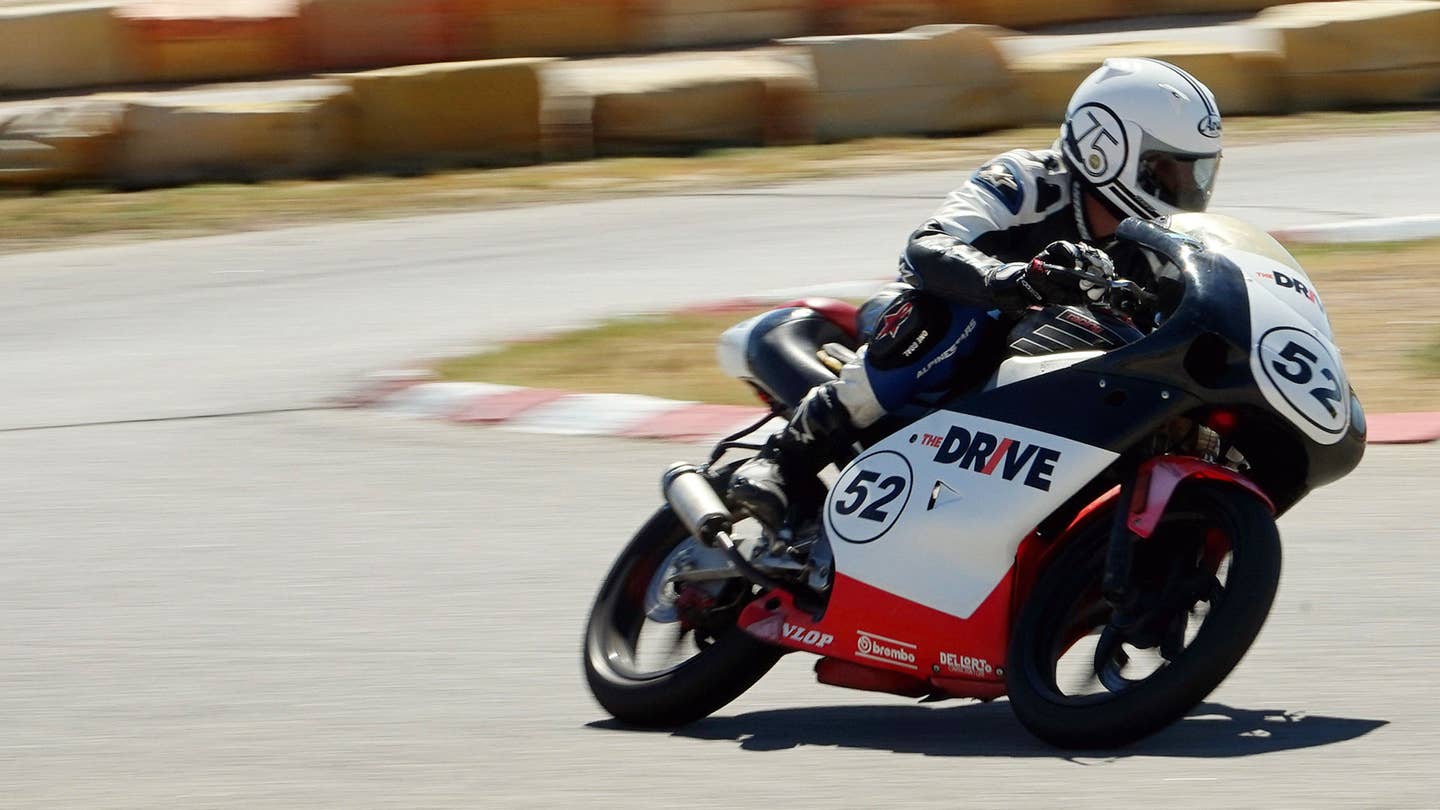 The sun’s relentless. It’s well past a hundred degrees. Waves of heat curl off the pavement while nausea passes and turns to fatigue. Then exhaustion. I’m flagging hard, winding down lap after lap, and I can barely bring myself to shift my hips off the bike. Hell, I can't even keep my head up. A spaghetti marinara in racing leathers could turn a faster time. Please, please let it end.

A look at the kitchen timer taped to the tank tells me I’ve still got an hour to go.

The bike’s holding together better than I am, and even that is quite literally falling apart. The fender’s dropping into the front wheel, adding drag. About exactly what I’d expect from a $700 Craigslist special that came together the night before the race. Yesterday at noon it was a hysterical little road racer with a Honda dirt bike engine grafted in place of its tired two-stroke, and soft, sticky Pirelli tires good enough for a world-class road racer. Attrition? Both foot pegs, a handful of bolts, and what feels like most of the engine’s compression. But the little bike and I still have a team behind us. And that’s enough.

My race school buddy, Sean Broe and Miata racer Natalie Fenaroli are in the bleachers, both flogged half to death. It’s Natalie’s third time on a motorcycle—ever. Around 7pm she got tangled up with another rider and crashed. But she’s clicked through lap after lap since, and she’s out cheering under the sun. And I can see Rennie, our ringer, hiking out to turn one with the pit board, and fellow journalist Sean MacDonald back at the trailer, preening. It’s a hell of a team, and they’ve all burned themselves to the ground too, racing this tiny motorcycle against another dozen tiny motorcycles, a two-hour stint at a time. For an entire day. I love them for it, and keeping them from having to get on this goddamned bike is the only reason I keep going around, lap after lap.

Endurance motorcycle racing is absolutely terrible. I couldn't have been happier.