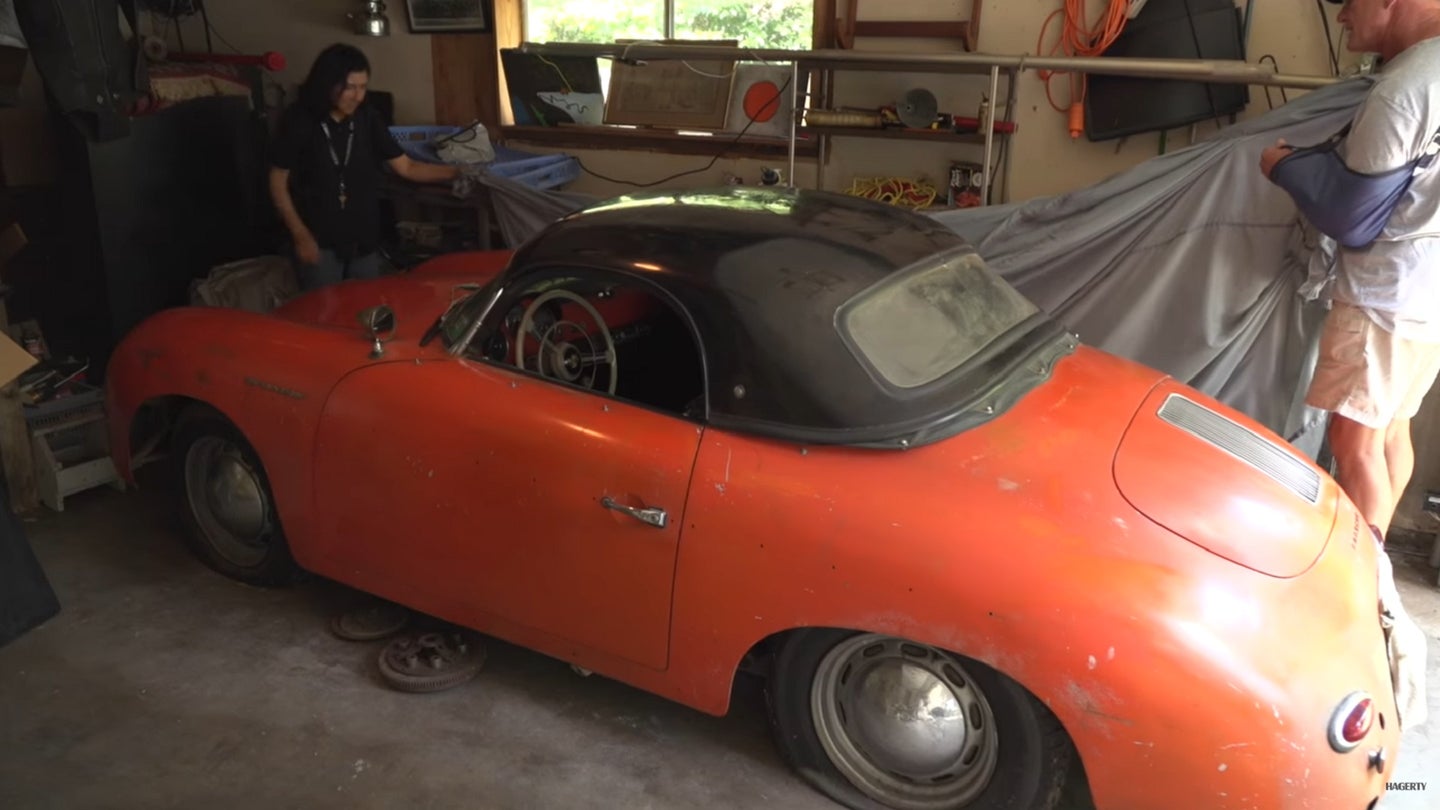 There is just so much good video content online these days, and its difficult to keep up with all of it. I was recently introduced to famous vintage car archeologist (Carcheologist?) Tom Cotter's YouTube series with Hagerty insurance called "The Barn Find Hunter", and I've been unable to stop watching it since. You might know Tom from his successful "The Cobra In The Barn" book and subsequent sequels, and you'll know he's an avid hunter for vintage sheetmetal. Occasionally on this show, he'll turn up an old Porsche, and those are the episodes that really get me excited, for obvious reasons.

This is episode 6 of The Barn Find Hunter, in which Tom uncovers a gorgeous 356 Speedster in a garage. It's a spectacularly original car, and even includes the rare hard top. In the episode Tom discusses the car with the widow of the owner, who purchased this A back in 1967. The car has been in her family, in this garage, since that time. She's got some touching stories to tell about the car, and they're worth hearing.

An older episode, this one Episode 4, uncovers a group of sports cars, including a couple old Porsches, a pair of 356Cs, including this beautifully patinated 356 Coupe. There are cars like this all over the place, you just have to dig them out of their tombs.

If you're a fanatic about vintage cars like I am, you should instantly subscribe to this show and watch every episode. The great thing about coming to a show after they've already produced a bunch of episodes is that you can binge-watch the whole series. These are short episodes, and you could blaze through this show in a day if you were ambitious about it.