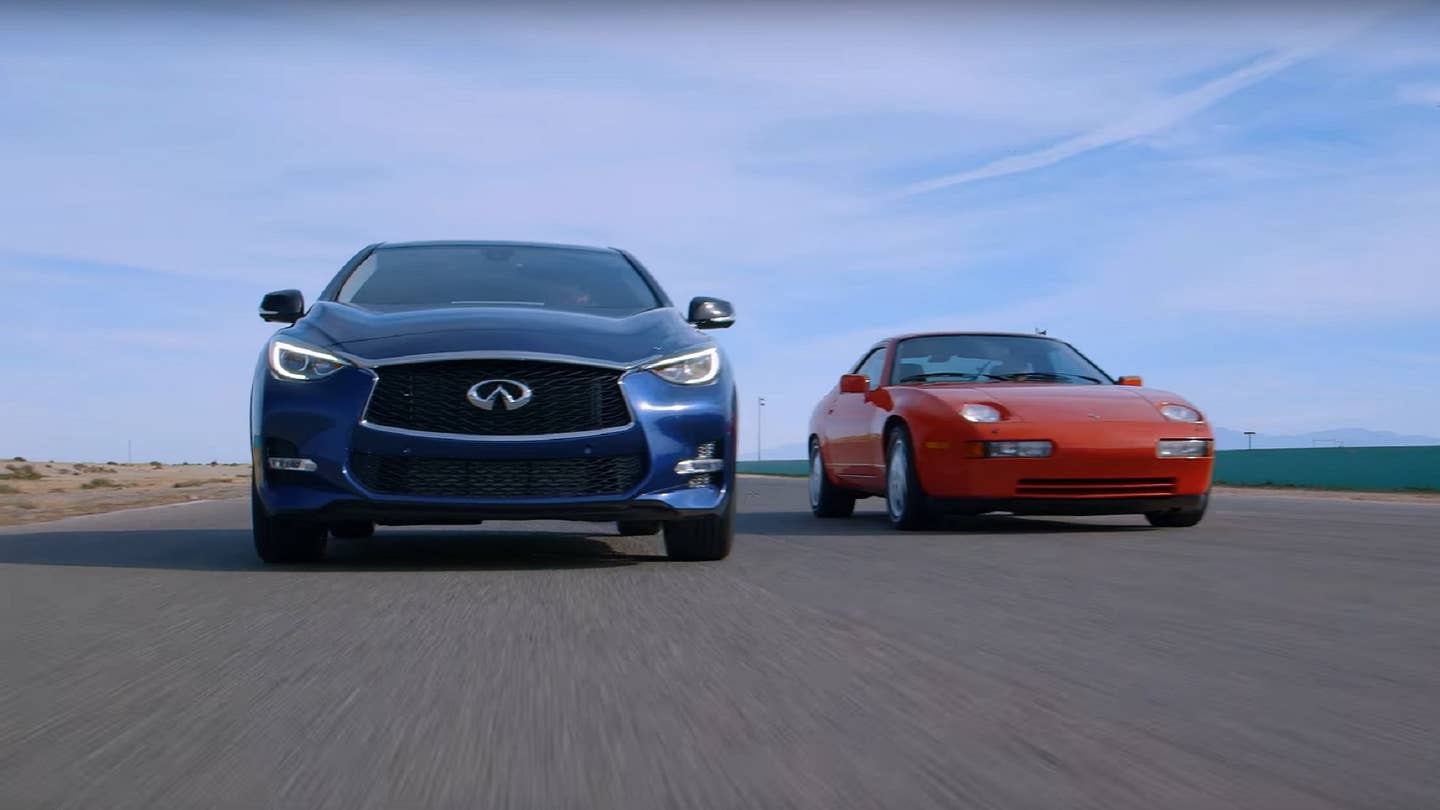 Every other Monday the Motor Trend YouTube channel posts a new episode of their show "Ignition", and this particular episode features Jonny Lieberman checking out Infiniti's newest front-drive cute-ute cribbed from the Mercedes lineup. This car is basically an Infiniti-ized version of the Mercedes Benz GLA, down to the engine being identical. In the interest of showing how far modern cars have come, Lieberman pits the little QX against Porsche's big bruiser Grand Touring cruiser from the late 1980s in a track battle. A 316 horsepower 5-liter four-cam V8 sits under the hood, and does a really swell job of shoving the 928 around the track. The Infiniti has slightly less, but it's also got modern electronics on its side, as well as larger and wider modern tires.

It's amazing how closely matched the two cars are around a lap of the "Big Willow" circuit at Willow Springs. I've driven that course a few times and it takes a lot of guts to drive it quickly, especially if you're trying to maintain high speeds through the long sweeping right hand final corner. The 928 appears to be reasonably well composed on the circuit, but there is quite a lot of tire sidewall fall over and suspension roll. It's interesting to note where the 928 gains on the QX30S and where the Diminufiniti QX SUV gains on the 928. The track map overlays of the two cars are intriguing to watch. Of course, having Randy Pobst driving both cars means his lap times are well above anything I would ever be capable of. That guy is the great car equalizer in a nicely produced video. If you aren't interested in watching the whole video review, the 928 makes its appearance at the 5:45 mark.