Toyota Will Invest $383 Million In US Engine Plants

The electric age is upon us, but Toyota still plans to build plenty of traditional engines yet. 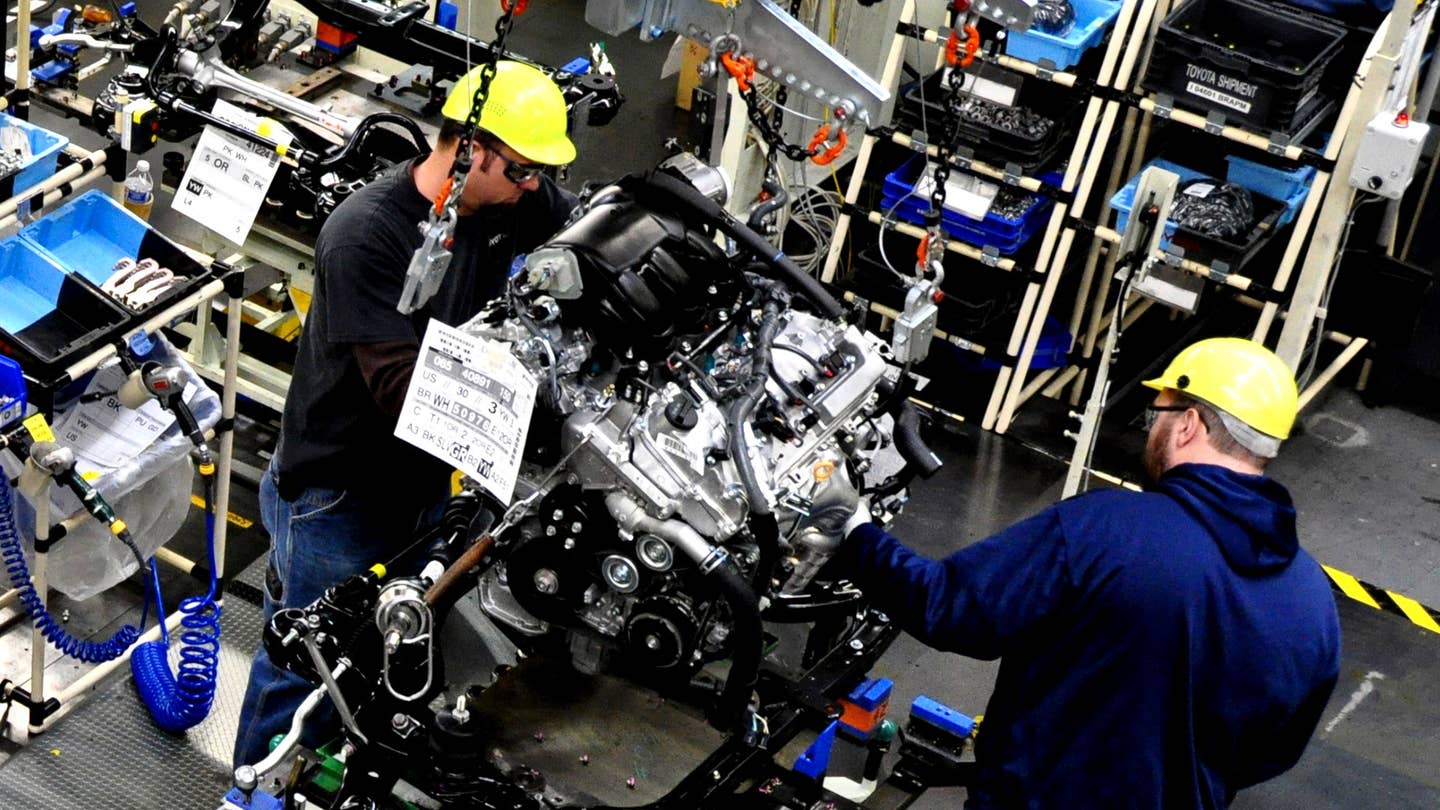 Automakers around the world are rushing to build out production capacity for huge numbers of electric vehicles each year. However, there are still plenty of ICE-powered vehicles to build in the coming years. For that reason, Toyota is continuing to invest in ICE production, as reported by Motor1.

The Japanese automaker has announced it is spending $383 million on production facilities for four-cylinder engines in the US. These engines are destined for Toyota and Lexus models, including both gasoline-only and hybrid vehicles. The investment will go to upgrading the company's Alabama, Kentucky, Missouri, and Tennessee plants.

The majority of the spending will go to Toyota's Huntsville, Alabama plant, with $222 million earmarked to set up a new four-cylinder production line building engines for hybrid and ICE-only applications. It will also go to expanding the factory's footprint by a full 114,000 square feet.

Toyota's plant in Troy, Missouri will get $109 million for new equipment to build heads for four-cylinder engines. Meanwhile, the company's Jackson, Tennessee plant will score $36 million to help build new four-cylinder engine blocks. As for Toyota's Georgetown, Kentucky plant, it's set to receive $16 million to "expand flexibility" of the engine line that Toyota announced last autumn. The facility is Toyota's largest plant worldwide, producing both four- and six-cylinder engines along with seven Toyota and Lexus models.

The new investment doesn't mean Toyota is ignoring the electric future, however. In October last year, the company announced a huge $3.4 billion battery plant to be built in the US. It's a simple fact that battery production must ramp up quickly in coming years to support the increasing production of EVs. There's no other way to do that than spending money on big new plants to churn out the cells.

In any case, the move from Toyota shows that we're not quite at the end of the road for combustion engines just yet. Millions more vehicles will still burn fuel just like they always did, and there will still be factories turning out engines for some time to come.

The feds claim Toyota failed to report emissions defects on “millions” of vehicles.