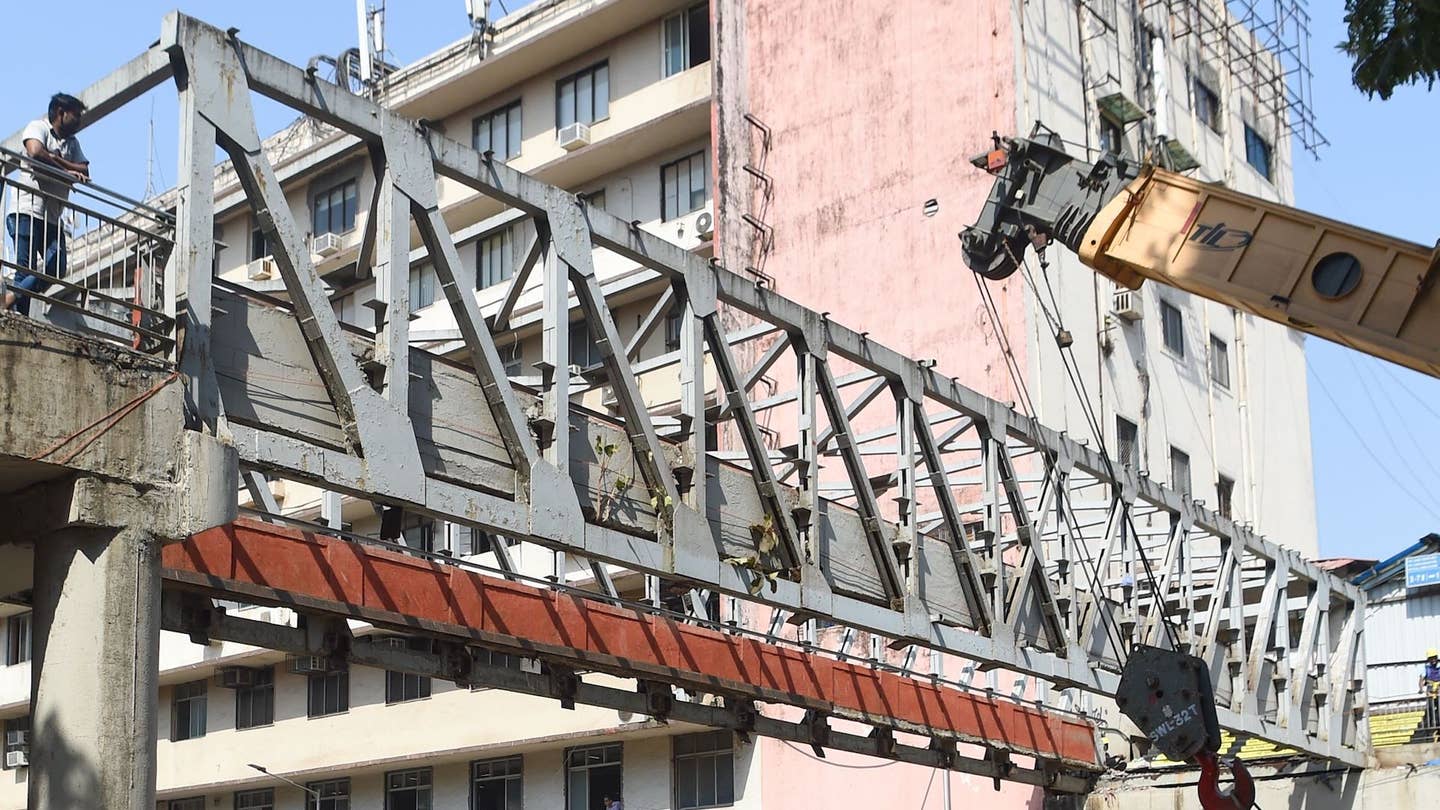 It's not beyond people down on their luck to strip copper out of construction sites, or abandoned buildings. It's also not unheard of for people to steal much bigger, bulkier assemblies of metal, such as an entire bridge in rural Russia. Well, it's happened again, this time in India, and in broad daylight to boot.

South China Morning Post reports that police in India are tracking individuals behind the theft of a 60-foot iron bridge near Amiyawar, a village some 93 miles from the state capital of Patna, Bihar. Villagers, who had reportedly applied to have the approximately 30-year-old bridge disassembled because it was no longer used, were not suspicious when a work crew showed up to dismantle the bridge. They claimed to have been hired by the state irrigation department and were thus met with no resistance as they used demolition equipment to cut the bridge down to scrap, which was then hauled away.

"People came with heavy machinery, gas cutters and worked for two days during the daytime to dismantle the bridge," said Gandhi Chaudhary, a local, to the outlet.

As it turned out, though, the crew had merely impersonated the authorities and was not affiliated with the state government. Police are now on their trail and claim to have identified some of the culprits.

"We have identified some members of the gang and some are yet to be tracked down," commented Subash Kumar, a police official. "They destroyed public property and stole a bridge."

The bridge itself, while evidently not needed, may be irretrievable, having been cut down and likely already sold for scrap. So, it sounds like they don't have a bridge to sell after all—not anymore, anyway.