A new Kickstarter is aimed to help you keep track of your analog car's maintenance items. 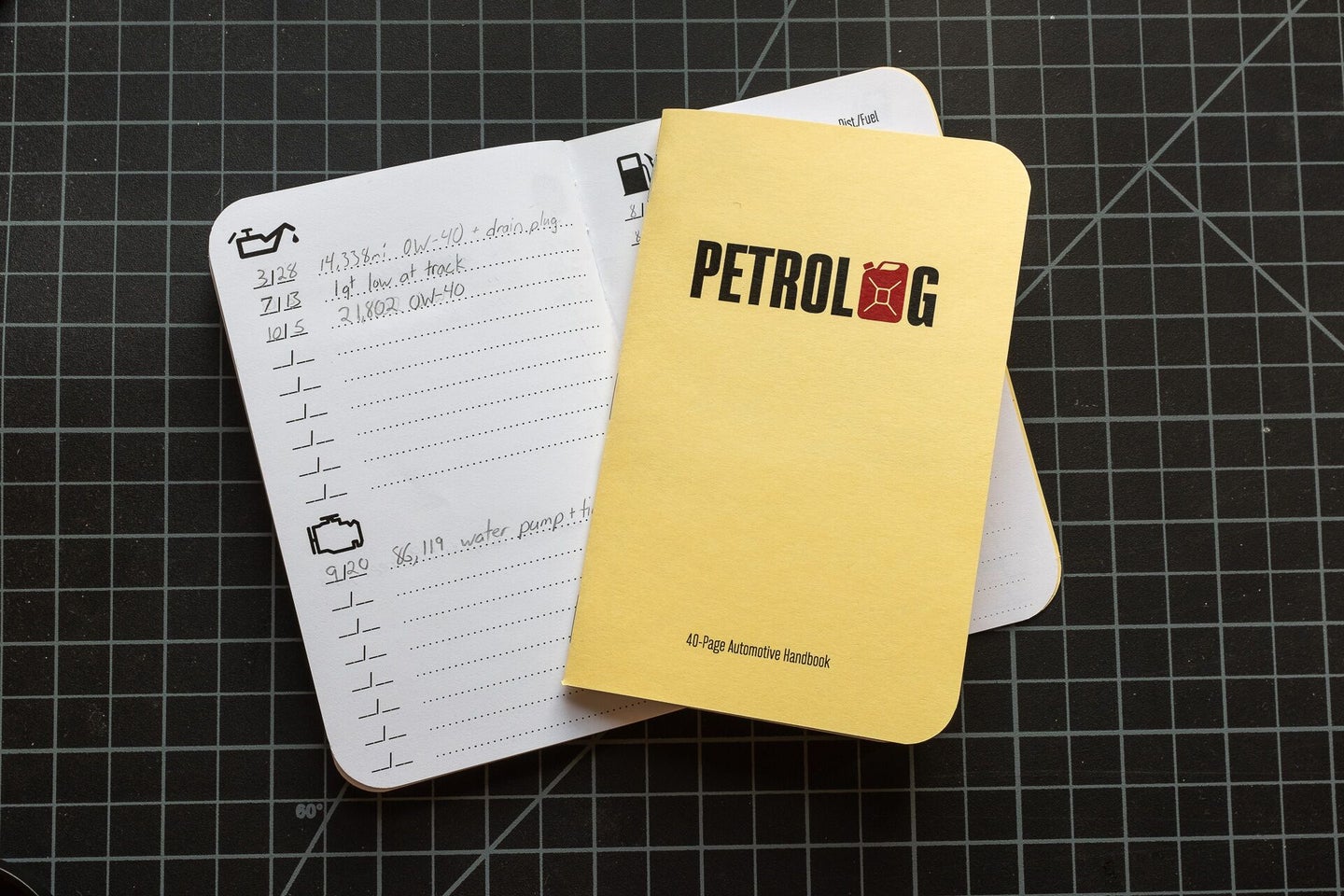 If you're someone who loves to work on your own car, you probably have a maintenance log of upkeep or modifications that you've done. It might be on sheets of paper somewhere in the glovebox, or maybe temporarily scribbled in your work area on a whiteboard—perhaps you've gone a bit high-tech and assembled a spreadsheet—but all of these methods are boring. Why not add a bit of pizzaz to your recordkeeping?

Recently, we've come across a Kickstarter that is aimed at DIYers who own the analog cars of the '80s and '90s, aptly named "Petrolog." The campaign describes the book as a method for any automotive enthusiast to document their car's journey, whether it be racking up the miles on a weekend drive or recording the effects of specific oil weights on fuel consumption. But it's more than just that.

Petrolog is aimed at the being something that any DIYer or enthusiast would find useful to track the maintenance of their vehicle, including both basic maintenance tasks and record keeping, as well as leaving enough space to expand on problem areas or chart data from track days.

"The big thing is just trying to keep track of everything you’ve done, the parts you need to pick up, which cylinder has lower compression than the others. There’s a ton of stuff to remember, and when discussing this stuff with friends I saw they had similar issues with recalling everything," said Petrolog's Founder, Kyle Johnston, to The Drive. "I figured there had to be something that would help and after looking for myself at various apps and books that were on the market I couldn’t find a nice solution to our problem. So being a graphic designer I decided to make one myself."

This booklet contains areas to record some of the details that we would otherwise just commit to memory. And although some of us have good habits at record keeping, that's not always the case; Petrolog is small enough to pull out of a glovebox and pencil in a few notes to start ingraining that habit into one's life. Ultimately, if and when we can bite the bullet to pass our beloved car on to a caring new home, we hope that the new owner puts as much love into the vehicle as we did; this tool gives them just the necessary backstory. Think of it like a medical history for your car.

I mentioned spreadsheets earlier as being a more "high-tech" way to handle the tracking of maintenance and other vehicle-related items. This has previously been the way that I kept tabs on costs and other associated items with my vehicle, but I mostly did that for modifications and not for maintenance. I've also used apps like Fuelly to track fuel economy, however, this often leads to multiple places for me entering data or no place to keep track of some advanced notes outside of a small section of comments (I like to get doodly when describing problems). Johnston addressed this later in our conversation by describing just how he and friends used Petrolog to solve some of the very same discomforts that I encountered previously.

"I get questions often about apps and spreadsheets. Aside from being partial to tangible goods and the whole analog car / analog records theme, I just find those things to be pretty binary. Changed oil at X miles. Filled up tank with Y gallons. Anyone who’s worked on their car before knows that repairs aren’t binary, there’s a lot more to it," Johnston explained. "Did you replace the washer with the oil drain plug last time? Were there metal deposits in there? Why is the right front caliper wearing faster? I mean if the apps and spreadsheets work for people more power to them, I think for myself and [the] majority of people I’ve spoken to, that’s just not how we work."

To make things even sweeter, Petrolog is priced quite reasonably. A single copy of the 40-page book costs just $10, while a 3-pack will run $26. You can snag one by pledging to the Kickstarter, as they're slated to ship next month. Johnston said that if his funding goal is reached, he would like to look into producing more niche Petrologs geared towards specific manufacturers or vehicles, and even one for track use.