Generally, the plane should not have parts fall off at 36,000 feet. 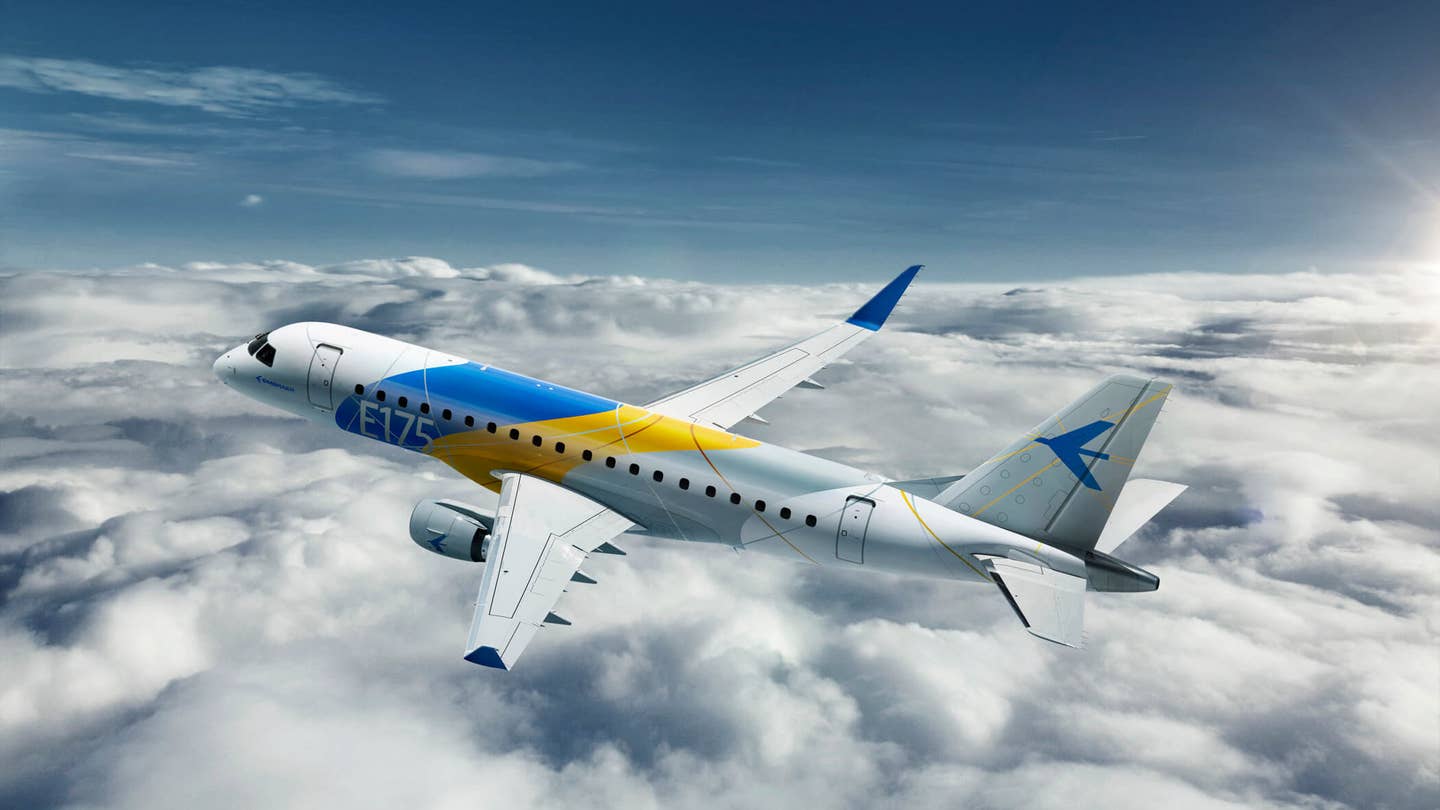 Turbulence so bad it induces airsickness is less frequent in the modern era of commercial flight than ever. Higher operational ceilings, larger planes, and better weather reporting have made modern air travel largely a smooth and undramatic experience. There are still, however, extreme exceptions to every rule, and Envoy Air Flight 3729 is here to prove that in a dramatic fashion. The regular passenger flight from Charleston, South Carolina to Dallas, Texas was diverted after encountering severe turbulence that ripped off part of its wing. Said part landed safely, albeit unexpectedly, in Birmingham, Alabama.

The jet in question was an Embraer E175 regional jet. Passenger Brandon Owen shared a tweet with images of the stricken plane's wing missing its winglet; for reference, below is what the wingtip of an E175 should look like. The entire upswept end portion of the wing, known as a winglet, is what sheared off in flight at 36,000 feet and forced the emergency diversion.

Winglets' popularization on modern commercial airliners is primarily due to their ability to break up wingtip vortices that produce drag and reduce fuel economy. In other words, they aren't strictly crucial for flight. NASA performed extensive testing in the late '60s and early '70s and found that adding the sail-like extensions to the end of traditional wings could increase range and fuel economy significantly with only a minor increase in weight. As such, they've been a standby for most planes ever since. There are still holdouts, though, like Boeing's 777, which doesn't have winglets.

However, Embraer's E175 was only ever sold with winglets, and since the specific plane in question (N233NN) was delivered in 2016, it has the newest version of them that Embraer offers on the E-jet series, designed for maximum efficiency (and integrated seamlessly into the wing design itself). While the plane had to make an emergency landing since, y'know, parts of the plane are not supposed to fall off in flight, the Embraer still landed safely because the winglet is not a crucial component needed for lift, even on the E175. Indeed, planning flights where the aircraft is missing a winglet is not common but can be done, as some plane models have flight certifications both with and without winglets. That said, the E175's Minimum Equipment List—the master list of what can be inoperable on a plane and still allow it to fly—does not allow for the plane to fly specifically if it is missing a winglet, and because the wing illumination lights are integrated into the winglets, it would be specifically barred from flying past twilight with only one tip remaining. Even though the E175 was still controllable and safe, it's hard to blame the pilot for landing when the wings started falling off.

All told, a safe landing on a plane with an extremely strong operational record means you probably don't need to check the window every few minutes to make sure your plane is intact next time you fly. But now you'll know what those upswept portions do and how bad your plane really needs them.