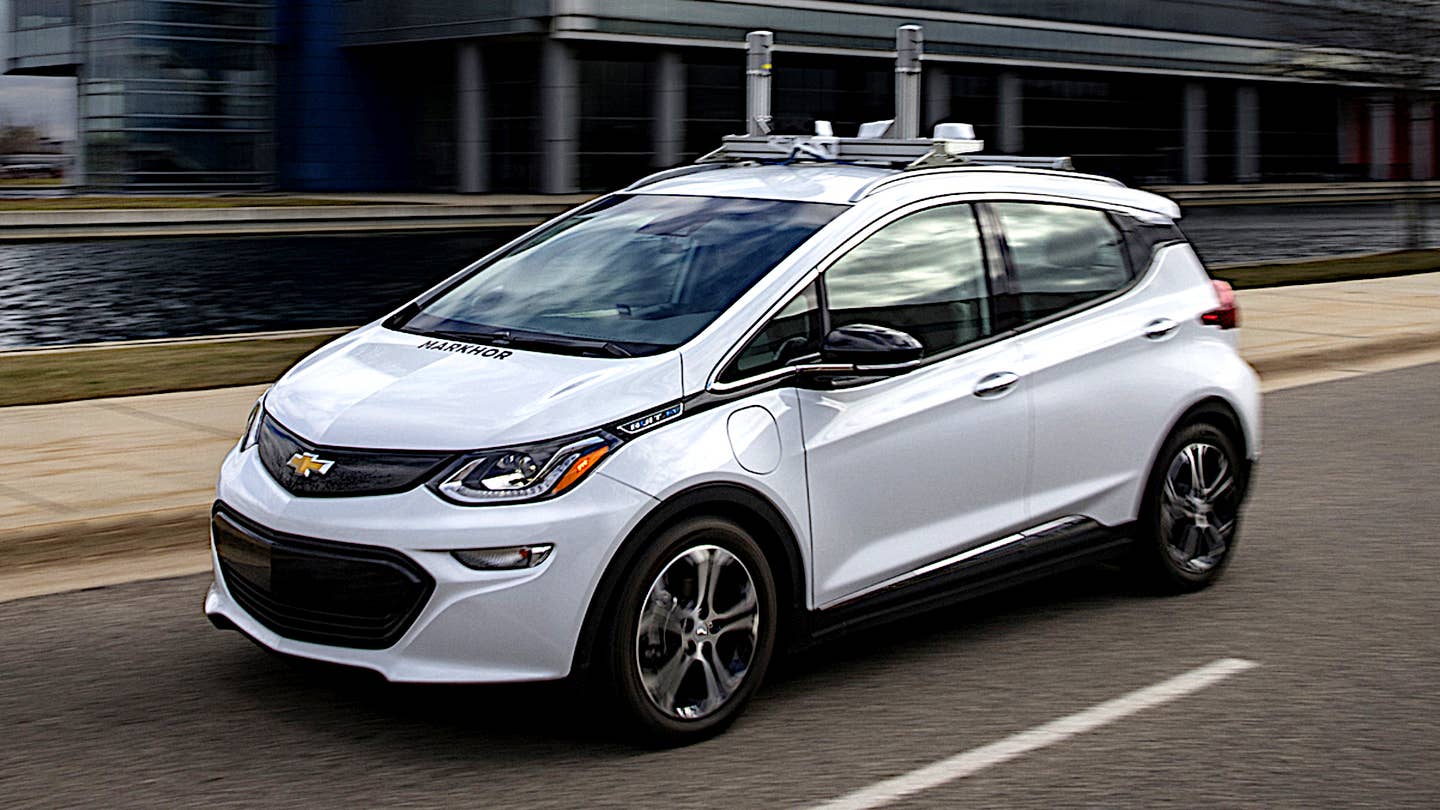 While many think of autonomous vehicles as supplanting human drivers entirely, GM sees the issue differently. It notes in the patent filing that humans may wish to drive for pleasure, or may need to take over from an autonomous vehicle in areas or situations where such systems may not be allowed to drive or be capable of doing so.

Thus, the patent filing with the USPTO proposes a system where a student driver would be placed in an autonomous vehicle, which then trains the human on the driving task. The student's inputs during driving, such as throttle and steering, for example, would be compared with the autonomous system's own idea of what the best actions would be.

The driver can then be scored on their performance relative to the ideal set by the autonomous vehicle itself. This can be in the form of a numerical representation after completion of a task, or in the form of real-time feedback during the driving process itself.

The vehicle could also help train student drivers in an incremental fashion. Various features would be placed under the student's control, bit by bit. as the driver became more familiar with the operation of the vehicle.

Such vehicles aren't likely to show up at your local high school's Driver's Ed course for some time. Such a system would necessarily need to be based on a Level 4 or Level 5 autonomous vehicle that was capable of driving itself in a majority of situations. Down the track, though, autonomous vehicles with in-built scoring systems could be the first teacher for a great deal of future student drivers. At that point, though, it raises the question of whether many will feel the need to learn to drive at all. Time will tell.

Got a tip? let the author know: lewin@thedrive.com