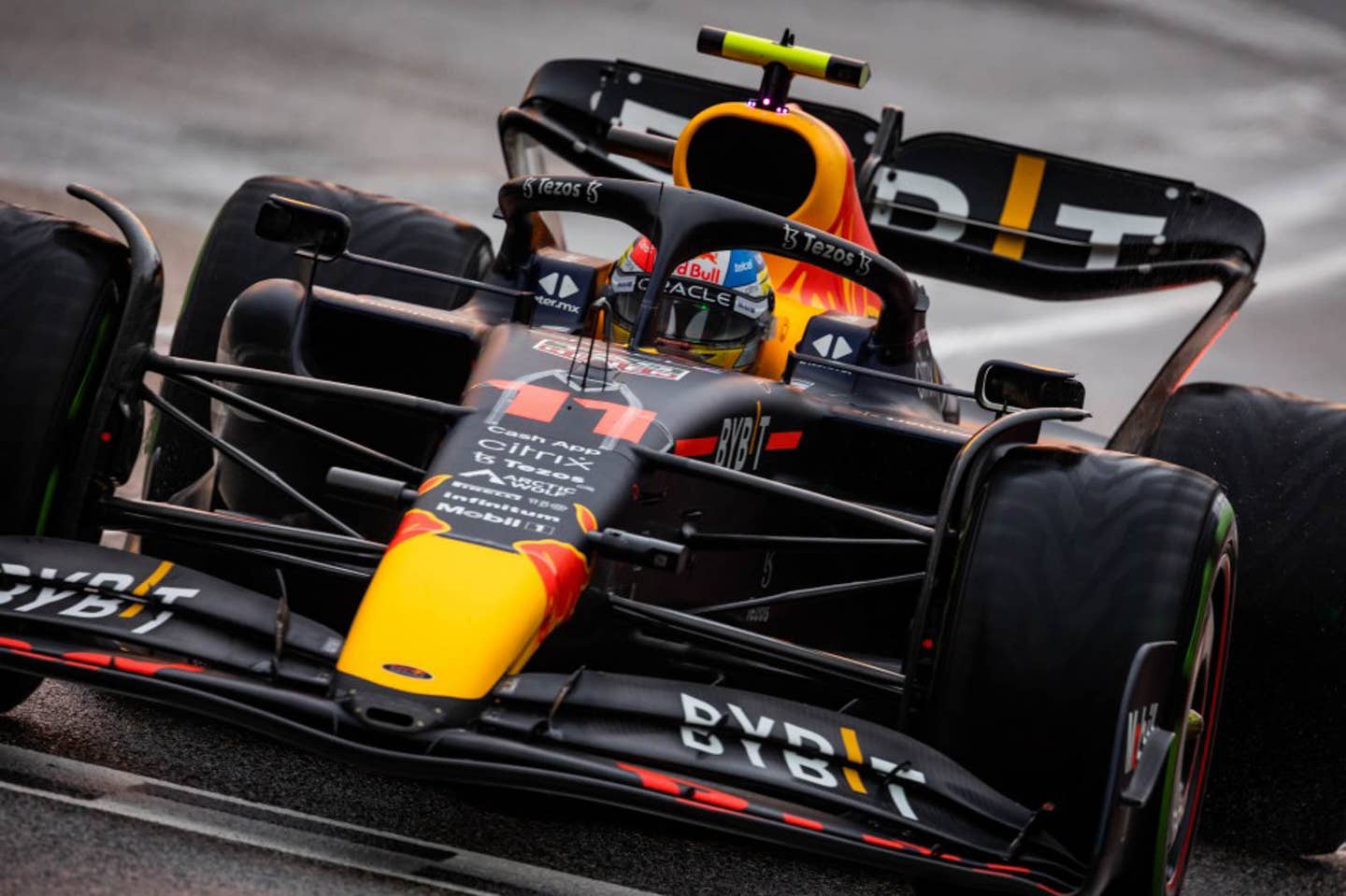 This morning's Emilia Romagna Grand Prix came to an exciting end, as Max Verstappen won the day, helping Red Bull to a 1-2 podium finish with teammate Sergio Perez right behind him. Ferrari's Charles Leclerc almost took third but a late spin meant he finished in sixth.

The race at Imola got off to a wet start and quickly became messy, as Ferrari driver Carlos Sainz cut in front of McLaren's Daniel Ricciardo in the first lap, which put Sainz off the track and out of the race. Ricciardo fell to last place following the incident, as he needed to quickly pit. Unfortunately for Ricciardo, he couldn't gain any momentum throughout the race, after a rough early start, and finished dead last.

Verstappen, on the other hand, jumped out to an immediate lead, starting P1, and never gave it up. Verstappen's teammate Perez was in a battle with Ferrari's Leclerc for much of the day. Perez eventually took P2 from Leclerc, after switching to medium tires, with the track drying. Later on in the race, Leclerc made a last-ditch effort to get ahead of the two Red Bull drivers by switching to soft tires, which forced team Red Bull to do the same, but on Lap 54 Leclerc lost control and spun. The mistake caused Leclerc to fall from third to ninth but, but being lucky he could still continue, he fought back to finish sixth.

Lewis Hamilton and team Mercedes-AMG continue to struggle, due to issues with their car. Hamilton finished 13th, after being lapped by Verstappen on Lap 40. “We are not good enough for a world champion,” said Mercedes-AMG Team Principal Toto Wolff, who apologized to Hamilton for car troubles. "We just need to fix the car."

Next up is the Miami Grand Prix on May 8, and Verstappen will try and get closer to P1 in the driver's standings, as he currently sits at P2, 27 points behind Leclerc.

F1 Teams Are Stripping Paint Off Their Cars to Save Weight

Weight saving is so extreme in F1 this year that teams’ liveries are being sacrificed to keep ounces off the cars.