Lotus just dropped its first SUV, and soon, a battery-powered four-door is coming. 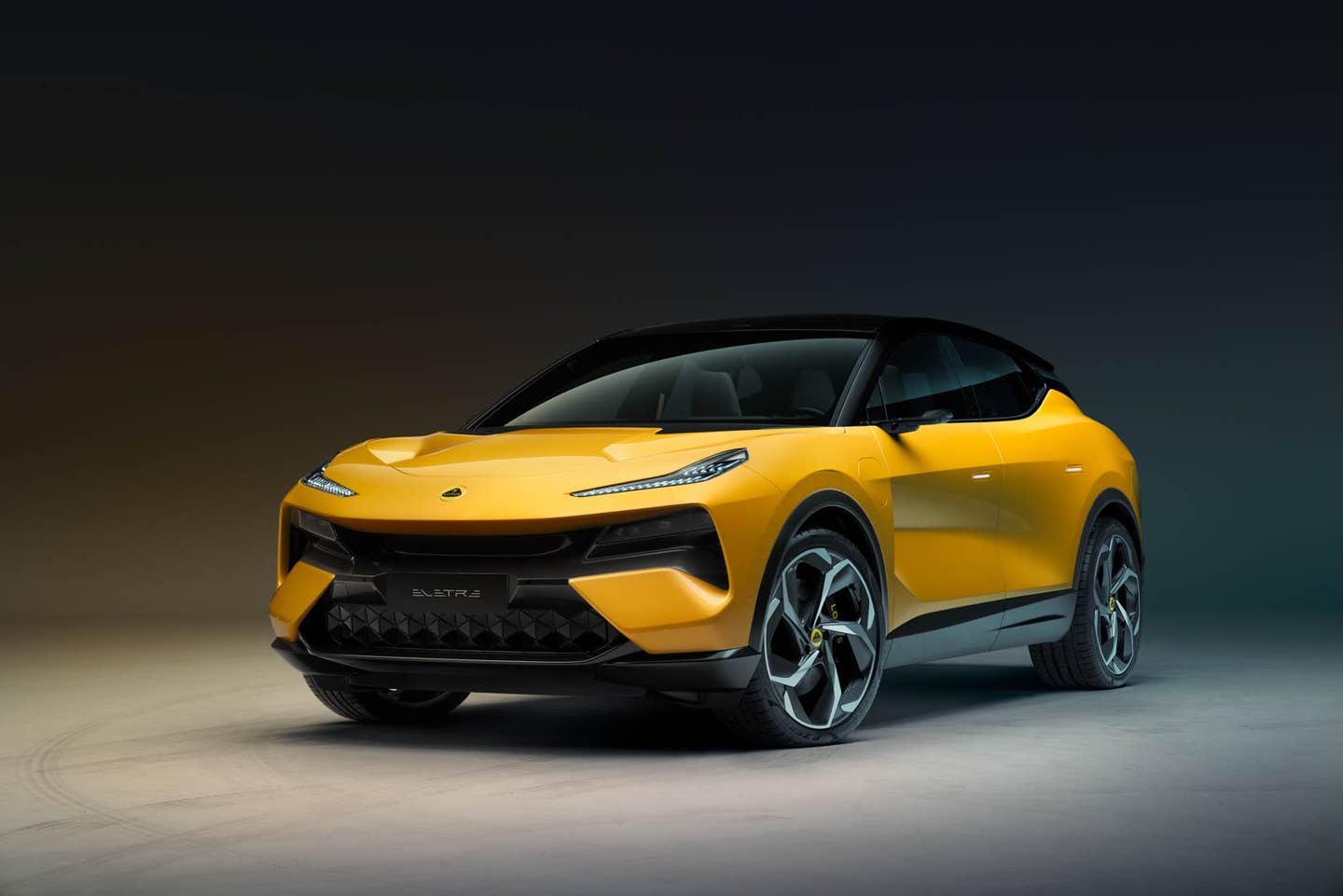 Shortly after the reveal of its first-ever SUV—the Eletre—Lotus has confirmed it'll build an electric sedan to take on the Porsche Taycan and Audi RS E-Tron GT, currently nicknamed the Type 133. In a recent interview with Autocar, a few Lotus execs discussed the upcoming four-door and how it will fit into the brand's new electric lineup.

According to Lotus, the Type 133 will be a "lifestyle EV," whatever that means, and it'll be built in Wuhan, China with a targeted launch of 2023. Even though the Eletre SUV debuted first, it was apparently always in Lotus' plans to build a car like this, too. That's not surprising given the Porsche Taycan's huge success as it outsold even the 911 last year.

The Eletre was instead a benchmark of sorts for the brand's Electric Premium Architecture, a platform that will go on to underpin the Type 133 and a future Type 134 crossover. Gavan Kershaw, Lotus director of attributes and product integrity, mentioned a few technologies that were developed on the Eletre for the EPA platform. These will be used across the board, regardless of vehicle type, including “active roll control, CDC [continuous damping control], air-sprung independent active rear steer, and active aero."

Despite being more lifestyle-focused and sharing drivetrain tech with an SUV, the Type 133 should still be a proper Lotus performance machine. “Our type of car—that we want to drive as well as it looks—requires all that technology,” said Kershaw.

As of right now, there isn't much additional info about the Type 133. Lotus' Managing Director Matt Windle did add that the Eletre's 600 horsepower dual electric motor setup is “where we’re starting at—there's more to come." So expect something even spicier than that in the future.

The design of the Lotus Type 133 is reaching its final development stages, but don't expect it to just look like a sedan version of the Eletre. Lotus wants to you to know its cars come from the same family while also having their own distinct looks, with Lotus Senior Vice President of Design Peter Horbury stating, “families aren’t made up entirely of triplets or quadruplets. Every member of a family can have their own character.”

Not that's a revelation.

Got a tip or question for the author? Contact them directly:

Lotus found a neat solution for cleanly integrating crucial sensors into the vehicle.

The new SUV breaks with tradition in nearly every way possible for the storied British sports car manufacturer.