Maintaining production in a war-torn country takes perseverance and guile. 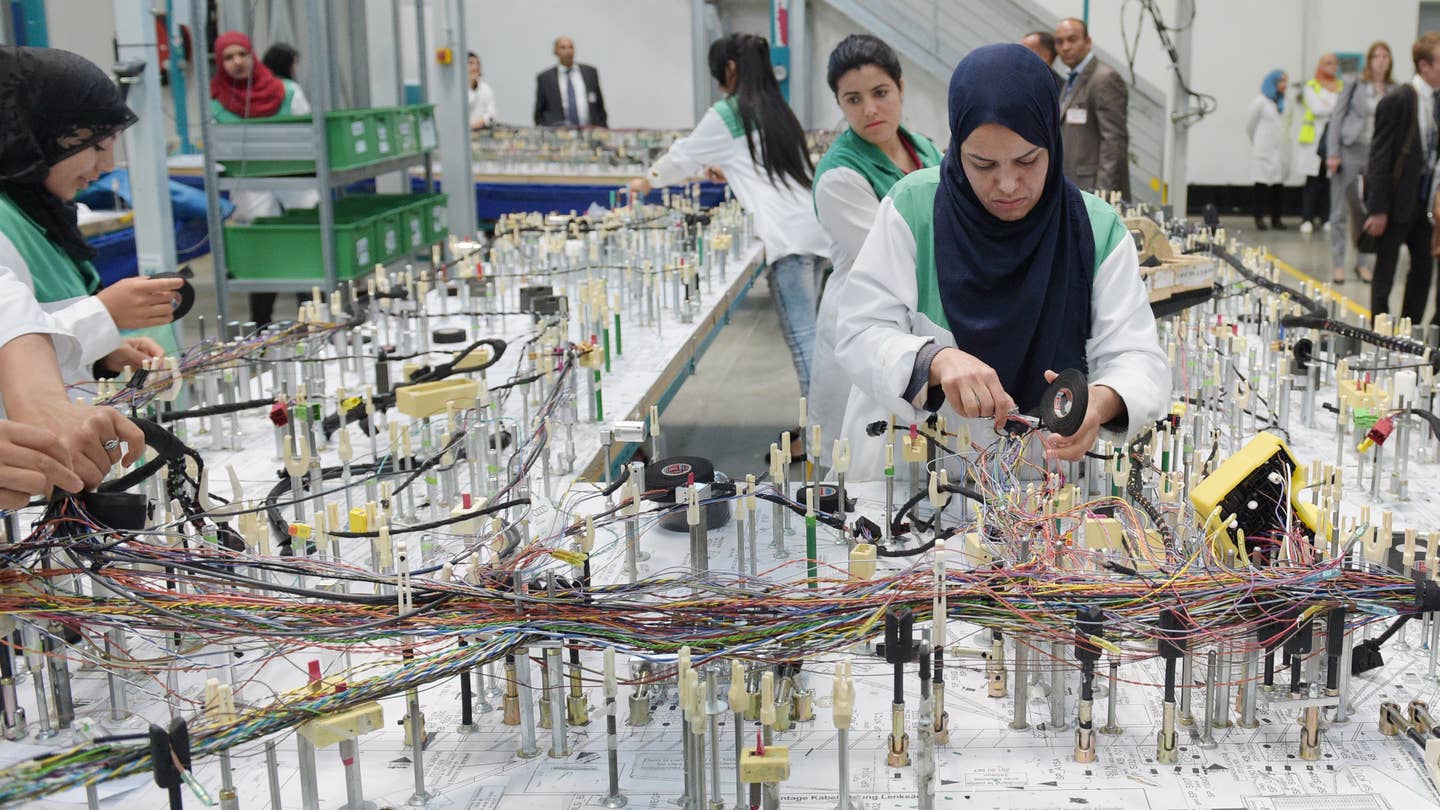 Russia's invasion of Ukraine in late February has had far-reaching effects on all types of industry. Auto supplier Leoni was directly affected, with its plants in western Ukraine at risk of Russian attack. After shutting down all production, the company has found ways to persevere since the initial weeks of the conflict, as reported by Automotive News Europe.

Leoni employs 7,000 workers across two plants in Ukraine, located in Striya and Kolomyia, respectively. The company produces wiring harnesses for BMW and Volkswagen Group vehicles, among others. Both companies have struggled recently, with both Mini and Porsche production lines going down due to recent supply chain issues.

In the early days of the conflict, as the Russian invasion pushed towards the west of Ukraine, Leoni shut its doors and sent workers home. The ensuing shortage of wiring harnesses led to production stoppages for several automakers, as reported by Reuters at the time. While male workers could not leave the country due to the conflict, female employees were offered roles at the company's Romanian plant where they would be safer.

However, as the situation continued, employees began to draw up plans to restart production, eager to avoid permanently losing their jobs as a result of the conflict. Doing so was no mean feat; the conflict had not only added dangers but also logistical issues that needed to be solved.

Primary among them were issues around land freight. Source components imported from outside were struggling to reach the factory as delivery trucks from the EU weren't making it into Ukraine. Furthermore, when it came to shipping finished goods, male truck drivers were not allowed to cross the border out of Ukraine to make deliveries. Women from Leoni's workforce were instead drafted in to drive trucks to and from the factories to keep things going.

Bomb shelters were now a crucial facility for the factory, too. Soviet-era shelters were available, albeit in a state of disrepair. Pumps were quickly sourced from Germany to remove excess water that had flooded the shelters over the years.

With a few changes to the normal way of doing things, Leoni was able to return to production by early March, just weeks after the beginning of the Russian invasion. The company has since added a second shift, with the late shift starting before government curfews are in force.

Interruptions still occur, with air raid sirens an unfortunate but necessary part of life at the plant. In such events, workers are able to reach shelters within 15 minutes, in part by eschewing lockers and keeping their personal belongings at hand at all times.

Leoni has been able to restore its production at around 60 to 70 percent of pre-invasion levels. The company has maintained over 90 percent of its original workforce, with a few hundred leaving to join the defense effort or fleeing to neighboring countries. Leoni's operations in Ukraine originally made up about 10 percent of the company's European output.

Notably, employees have returned to the factories on a voluntary basis. Leoni states it is still paying those workers who have not felt safe to return to work during the conflict. "If they cannot or do not want to come to work, they get their wages anyway, but the willingness to do so is considerable," said CEO Aldo Kamper, speaking to Fortune. Kamper notes that the workers see their jobs as an important part of the national effort, adding that "by working whenever possible they show they're a reliable link in the automotive supply chain, ensuring Ukraine has a future."

As the battles rage on, Leoni is keeping its plants humming while also duplicating its production lines outside of Ukraine for redundancy's sake. Such measures, combined with the resilience and work ethic of the Ukrainian workforce, should help automakers maintain production in the face of unprecedented Russian aggression.

The good news for Ukraine is that sanctions are hurting Russia’s arms suppliers. The bad news is the effects aren’t immediate, for the most part.

It mostly boils down to one raw material: nickel.