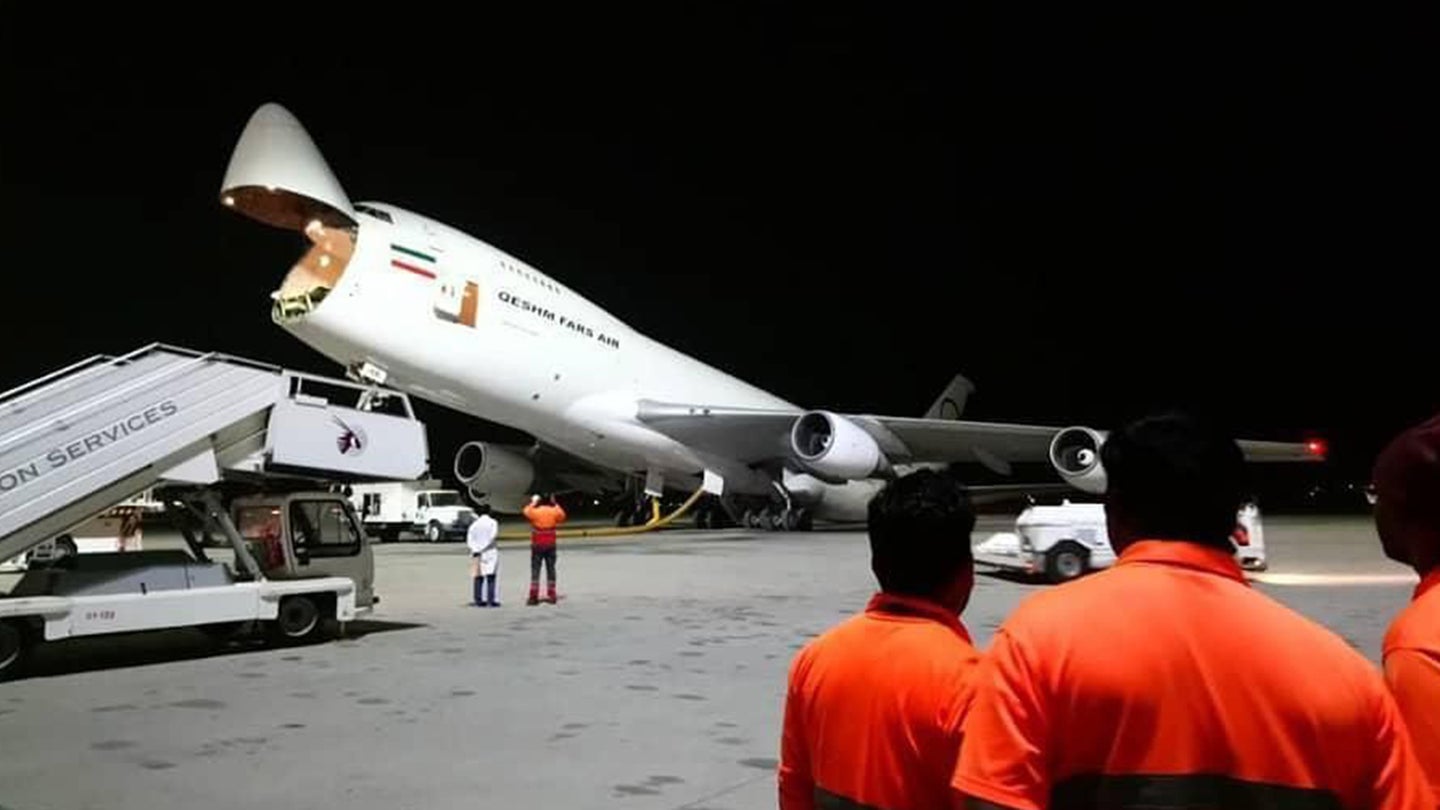 Consider it a lesson in why you should always, always read the manual: A Boeing 747 freighter aircraft got tail-happy in an unexpected way at Qatar's Doha International Airport, when a weight imbalance reportedly brought about by improper unloading procedures caused it to tip backwards onto its tail and thrust the nose of the jumbo jet into the air.

The aircraft was Iranian cargo carrier Fars Air Qeshm's only Boeing 747-281B cargo plane currently flying, according to Aviation24.be, when it suffered the tragicomic incident on March 17th. The aircraft, operating as Fars Air Qeshm Flight QFZ9964, arrived from Yerevan, Armenia at 2:50am local time, according to Simple Flying; all apparently was going all right until the cargo handlers unloaded the plane improperly, removing too much weight from the front without counterbalancing it by yanking enough from the rear. That, apparently, was enough to cause the 232-foot-long Boeing to tip backwards onto its tail, lifting the nose high above the ground and creating an image immediately worthy of the 2000s-era Internet sensation Fail Blog.

Luckily, no one was reportedly injured in the incident. And in a note sure to interest any readers popping over from The War Zone: According to defense and aviation journalists Babak Taghvaee and Itay Blumenthal, the tippy Boeing is often used to ferry weapons from Tehran to Damascus, Syria in support of the Assad regime. (It's unclear whether the plane was carrying weapons at the time of the incident.)

The caption contest for the picture at the top of this story begins in the comments...now.