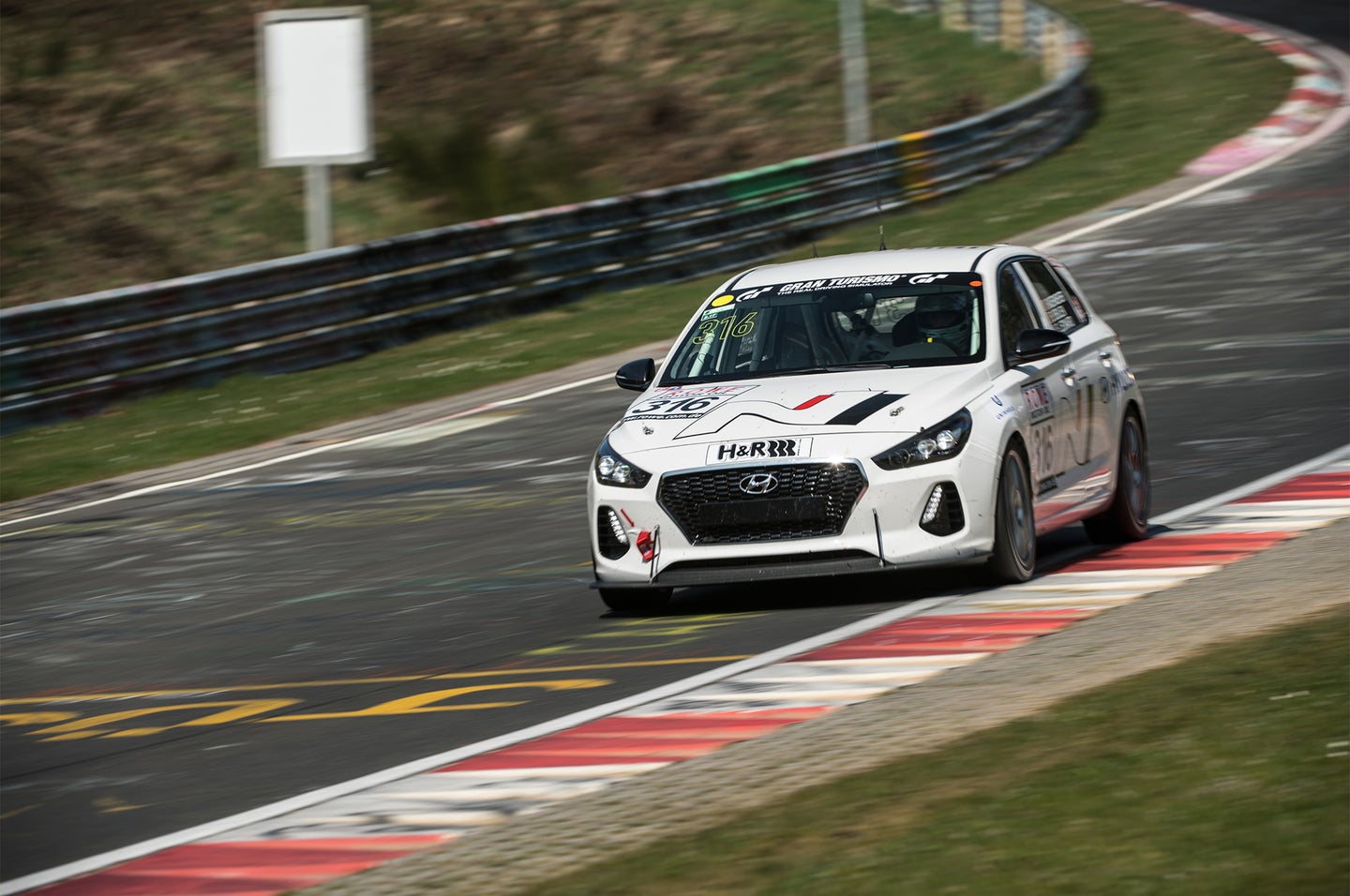 When Hyundai announced its N-performance sub-brand, it caught our interest. The automaker hadn't experimented much with go-fast tech, but now that the Korean automaker has released some details on the i30 N hot hatch, it may be on to something. As the near-production ready prototype advances through the stages, Hyundai looks to show its worth where it counts—the race track. It was announced recently that the i30 N would take part in the VLN Endurance Series racing around the Nürburgring with an especially tough field.

The race is traditionally used to prepare racing teams for the ADAC Nürburgring 24 Hours. Although Hyundai hasn't said that it plans on participating in that event, it nonetheless will use the experience to get the car ready for the road while putting it through its paces on track. Hyundai will send out a crew of technicians to monitor and fiddle with the car's specifics to make sure it's prepared for rigorous duty.

It's been said that the i30 N may feature a 255 horsepower 2.0-liter turbo four as standard with an even more hyped-up version coming down the road. It'll be paired to a six-speed manual, potentially making it a real competitor for enthusiasts. The i30 N power figures are enough to put it in close ties with the Ford Focus ST and Subaru Impreza WRX. Once engineers see how it performs at The Green Hell, they'll have a better understanding of how to tune it for their own customers once it's released to the public.

Albert Biermann, head of vehicle testing and high performance development, said, “We want our high-performance brand to have considerable racing pedigree so it is important that we compete with minimal modifications. Nürburgring is where the i30 N has undergone much of its testing and chassis development."

It's still unclear if we'll be getting the i30 N over here in the States. It's expected to make its debut at the Frankfurt Auto Show later this year, so we'll know more details about the hot hatch when that comes around.

Toyota’s entry-level gets spruced up.

The ripened compact is now dressed to impress.