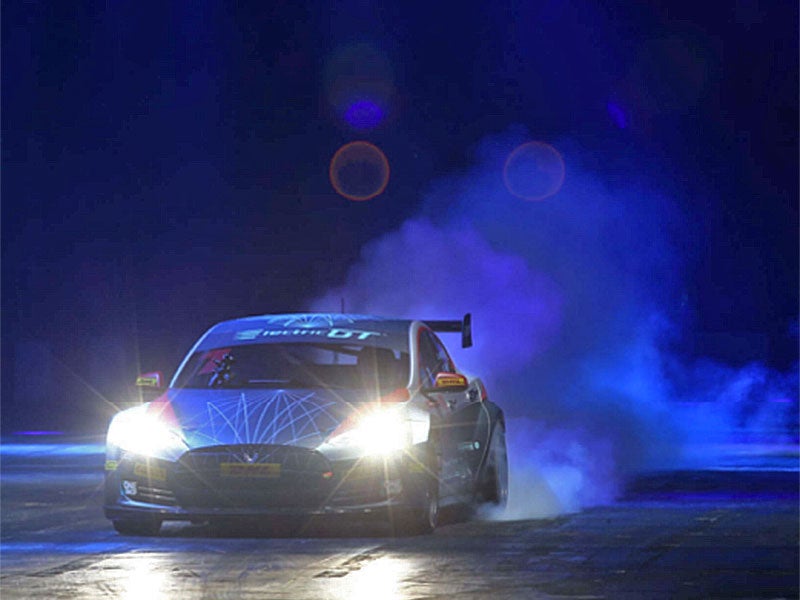 With four doors and a curb weight north of two tons, the Tesla Model S may not seem like the ideal platform to base a race car build around. But that hasn't stopped the team behind the Electric GT Championship series, who've managed to strip down and soup up Elon Musk's battery-powered luxury sedan into a fully-caged competition machine designed to tear up tracks around the world.

The Electric GT series was first announced almost a year ago, when the organizers declared they would base the series around the discontinued Model S P85+. Since then, however, the series has decided to instead use the newer, more potent P100 version as the foundation for their single-make racing series. In race spec, the EGT Model S has been stripped of more than half a ton of fat, and the electric motors tuned up to generate a whopping 778 horsepower and 734 pound-feet of torque. That, according to the series, is enough to catapult the race car from 0 to 62 miles per hour in 2.1 seconds—enough to leave even the upcoming Ludicrous+ P100 in the dust.

And as former Le Mans winner-turned-Electric GT driver Olivier Lombard proved while showing off the car's stuff at the 2017 Autosport International Show in Birmingham, England this past weekend, all that power means the race-spec Model S can lay down one hell of a rolling burnout.

The inaugural season of the new racing series will kick off later this year, with 10 co-ed teams driving identical Model S racers at seven events on European circuits—including the Nurburgring, Paul Ricard, and Barcelona-Catalunya—and a trio of exhibition races in the Western Hemisphere. We, for one, are looking forward to seeing how well the Model S holds up...and quietly hoping Electric GT lets us take a crack behind the wheel.