Is This Custom Ferrari F12berlinetta Beauty or Beast? 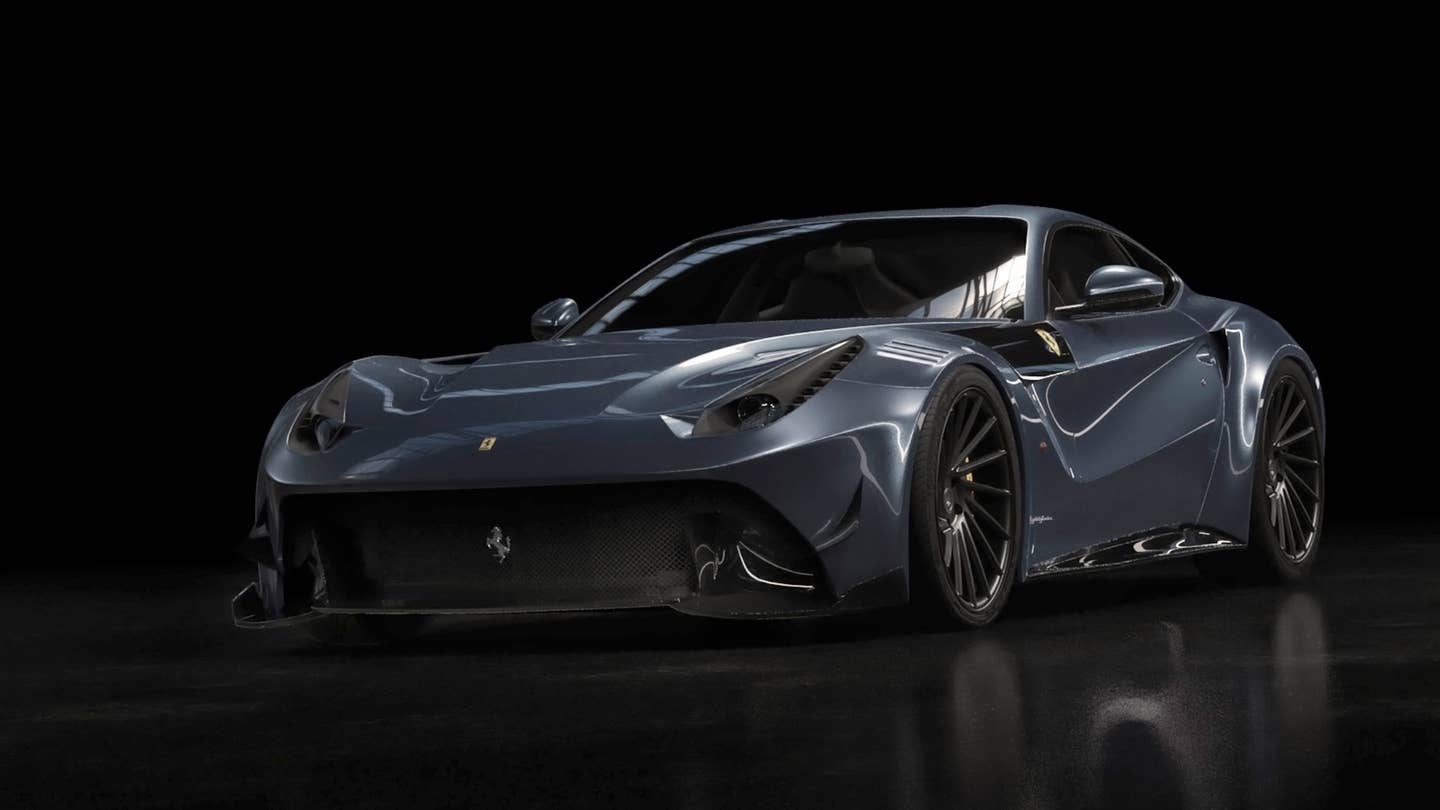 There may not be such a thing as the perfect sports car, but the Ferrari F12berlinetta comes damn close. And while the screaming naturally-aspirated V12, sharp-edged handling, and tightly-wound steering and gearbox all play key roles in earning the Italian supercar such acclaim, much of this Ferrari’s appeal stems from its design. We could go on and on for pages about its classic front-engined layout or the elegant curves of its body panels, but then we’d never get around to the topic of this article:

We genuinely don’t know what to think of Spanish tuning shop Bengala’s version of the Ferrari F12berlinetta.

As with most exotic car custom jobs, our first reaction was best characterized by this GIF:

The Bengala mods, at first blush, seem to sledgehammer the subtlety of the original Pininfarina design clean into oblivion.  The wheel arches have ballooned, the lower jaw has descended and grown a curb-scraping underbite of a splitter, and we don’t know what’s going on with the sheet metal where the rear of the door meets the body. It seems to be just another example of a custom shop adding busy details in lieu of any better idea.

But the more we stared at the renderings of the car Bengala calls the F12 Caballería, the more we started to like it. Or at the very least, respect it. Every body panel has been removed and replaced with a carbon-fiber version that may or may not shave some poundage off the F12’s frame. (Bengala hasn’t specified whether the body kit offers any weight savings.) Many of the details seem inspired by Ferrari’s F12 TdF—hardly a bad source of inspiration. And considering rumors have suggested the F12berlinetta’s replacement will itself look like a more aggressive version of the current model, the Bengala car might prove to be a glimpse into Ferrari’s own future.

For now, the F12 Caballería remains a rendering cooked up by Swedish 3D modeller Sebastian Ladan Design, but Bengala says 10 will be built between now and summer 2017. We probably wouldn’t spend our hard-earned money applying this body kit to an F12berlinetta...but considering some of the abhorrent Ferrari body kits out there, you could certainly do worse.