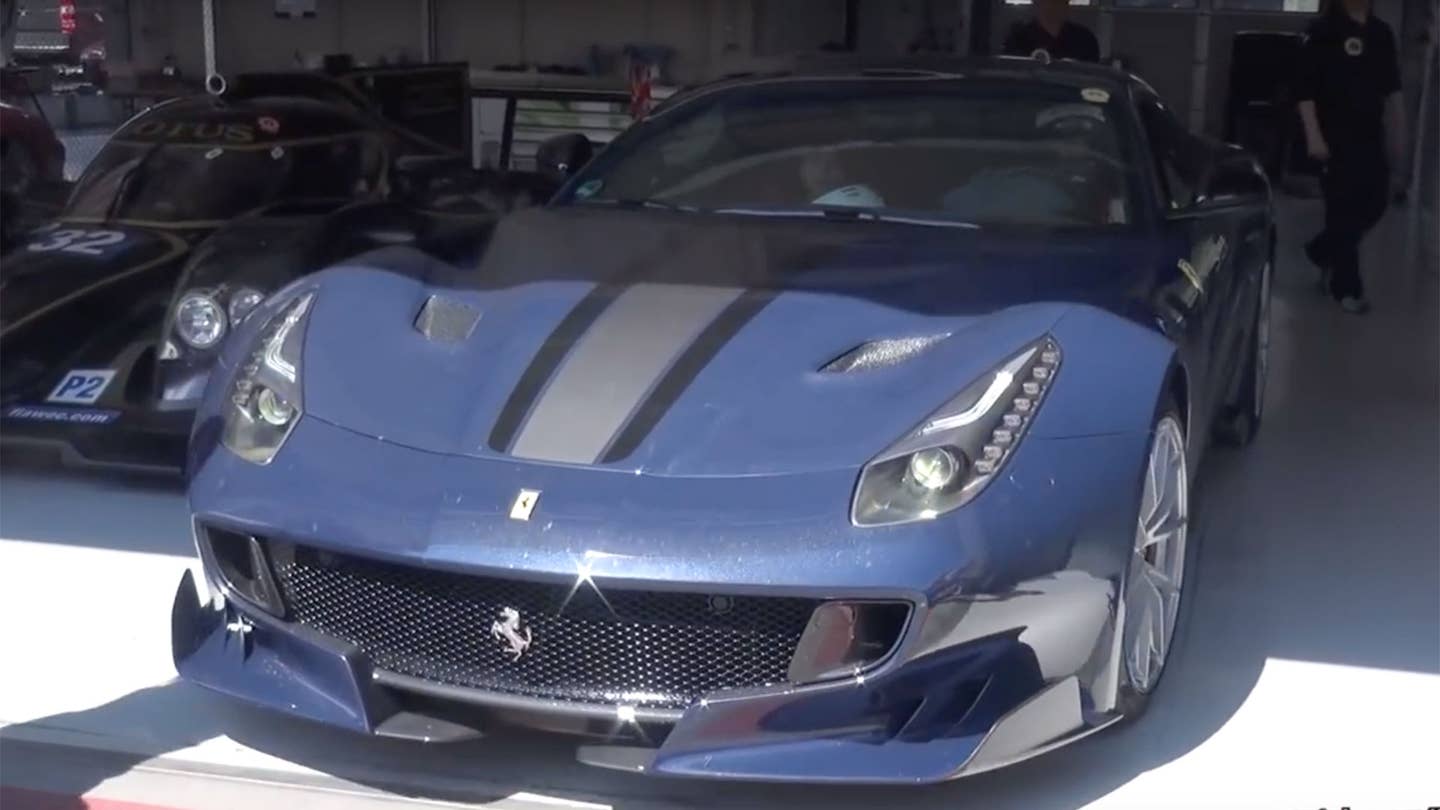 Let's face it: It's a Friday, it's late August, and for a pretty sizable percentage of those of us living in the Northern Hemisphere, it's hot as hell outside right now. You're obviously not hard at work right now, or else you wouldn't be reading this sentence. So why not embrace the Friday feeling and enjoy a video of the Ferrari F12tdf slaying other cars on the Red Bull Ring?

In case you've forgotten, the F12tdf is Ferrari's latest razor-sharp front-engined supercar. With a 6.3-liter V12 spitting out 769 horsepower, it's the most powerful Ferrari in production, until the carmaker dusts off the LaFerrari production line for the LaFerrari Aperta. Thanks to rear-wheel steering designed to give it a so-called "virtual short wheelbase," it turns even faster and more ferociously than the F12berlinetta it's based on—a car that's hardly a shrinking violet around a track, as its 458 Speciale-beating lap time around Fiorano proves.

Only 799 were made, and as is tradition for limited-edition Ferraris, they sold out pretty much instantly in spite of a pricetag pushing a half-million dollars. If you can find one on sale secondhand, be prepared to pay a lot more then that for it.

The F12tdf in this video is a particularly attractive example of the breed, clad in dark blue paint with elegant black-and-gray accents; if it were ever possible for a supercar to be both outlandish and understated at the same time, this Ferrari would be the one to pull it off. And as we've seen the F12tdf do in the past, it proves capable of kicking some extremely capable sports cars' butts on a track, passing the likes of McLarens and Porsches with ease while ripping around Austria's Red Bull Ring.

Like we said, it's Friday. Take a load off and enjoy some high-speed Ferrari action. You know that's what you'd be doing if you owned one, so why let the lack of an F-car in your garage stop you?