That’s a lotta change, but then again, it’s a lot of car. 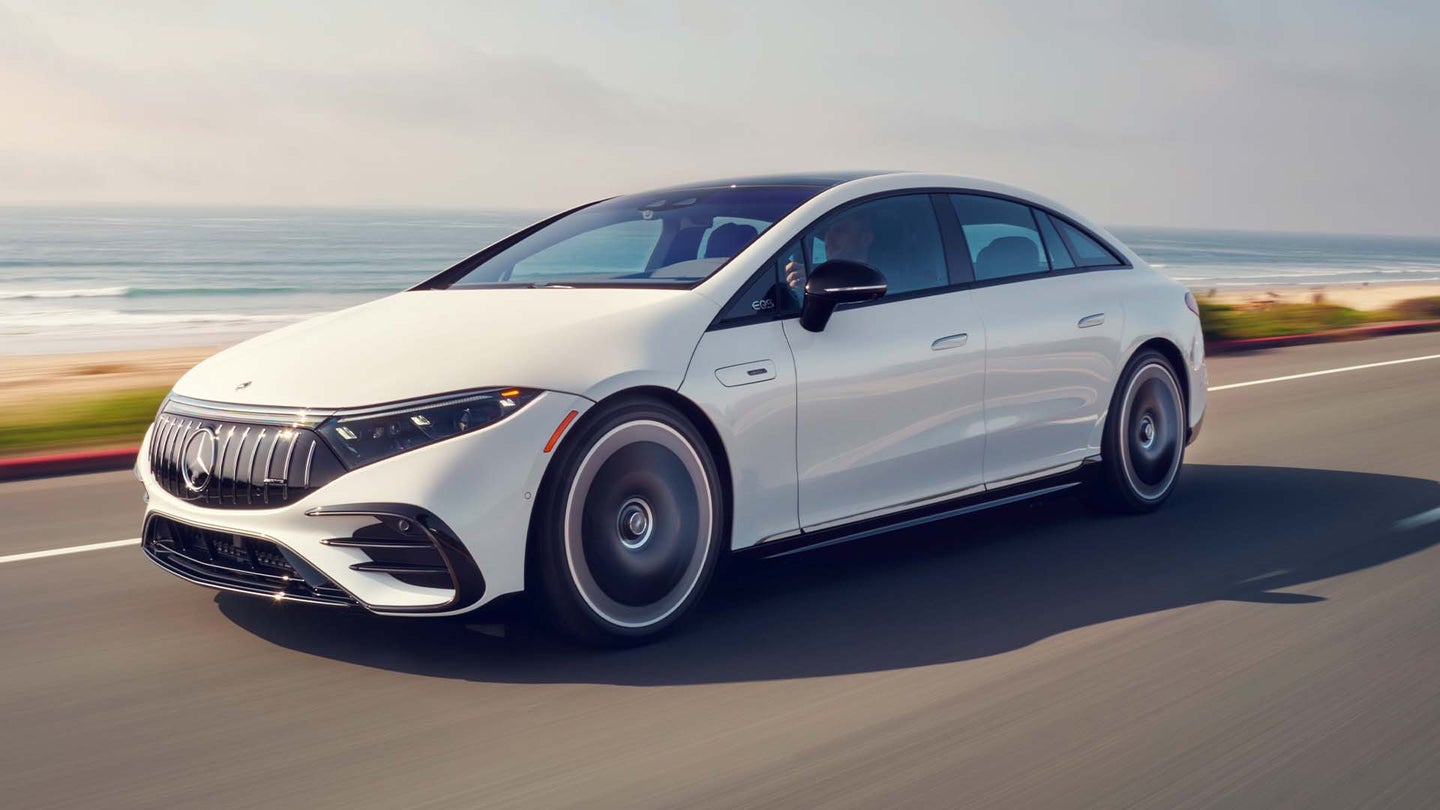 If you ask my friend (and The Drive's Managing Editor) Jerry Perez, the Mercedes-AMG EQS is a stellar machine. With 649 horsepower continuously and up to 751 ponies with the temporary boost function, it puts to shame most gas-powered AMGs; indeed, it's more powerful than any road-going ones, albeit quite heavy. This and near-S-Class levels of luxury are well and good, but without knowing the price, it's hard to assess the bang you get for your buck. Now, though, we know the battery-powered performance car starts at $148,550 after destination.

That's a lot of money for a car, no matter who you're talking to. I bet even Elon Musk would say the same, especially considering his favorite performance EV—the Tesla Model S Plaid—is about eight grand cheaper. But even though they're both totally electric and have four doors, it doesn't seem quite right to group them together. It's not quite apples to oranges, either, but it is Mercedes to Tesla.

Now that all the roughly $169,000 Lucid Air Dream Editions have been spoken for, that means the highest trim available for that EV is the Air Grand Touring. That costs just north of $140,000 after destination, placing it about neck and neck with the Model S Plaid. It's looking like the AMG EQS is the priciest of the bunch, then, which probably won't hinder its sales numbers. If people want a Mercedes, they'll pay for it.

Regardless of that, there's good news for anyone who decides to spend their hard-earned cash on an AMG EQS. Mercedes will cover 30- minute DC fast charging stops at Electrify America stations for the first two years, as well as provide free maintenance during that time. That's right—you won't have to pay for normal upkeep for 24 months, and I hear you'll never, ever have to pay for an oil change.

Jokes aside, the AMG EQS is an extremely capable, extremely quick luxury cruiser with 277 miles of range—not the most of any go-fast EV, but not horrible, either. It also gets standard AMG Ride Control+ suspension, which features adaptive adjustable damping. Buyers can add plenty of options to drive the performance and price even higher, but that's up to you or your rich uncle. Deliveries are set to begin in late spring 2022.

The track special is full of buttons and gadgets and carbon fiber to help you dominate at your next track day.