A new study shows that SUVs and pickup trucks tend to hit pedestrians more frequently while turning due to poor visibility. 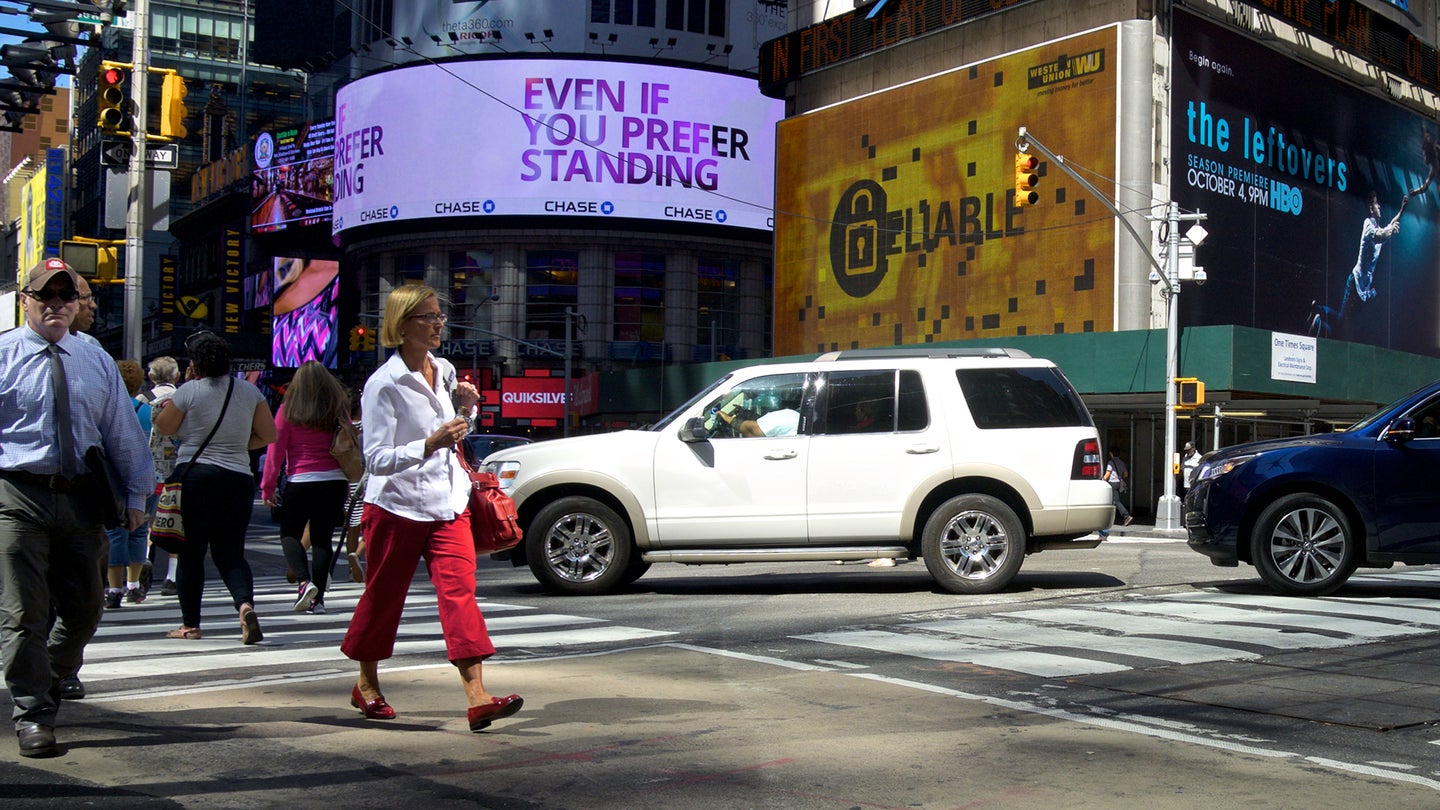 SUVs, vans, minivans, and pickups are a lot more prone to hitting pedestrians while making a turn, perhaps due to poor outward visibility, according to a new study from the Insurance Institute for Highway Safety. If you drive an SUV or are a pedestrian, you are probably rolling your eyes right now as you’ve been aware of this fact for quite a while.

The study suggests that drivers of big vehicles might not be able to see a pedestrian as well while turning, thus “substantially” increasing the chance of a collision. To compile data, IIHS researchers looked at the most frequent crashes at intersections and other locations that involve one car and one pedestrian.

As compared to a car, they found that the chances of an SUV performing a left-hand turn (versus while not turning at all) and killing a pedestrian crossing the street were twice as high. That probability rose to three times as high in a van or minivan, and almost four times as high in a pickup truck. Additionally, the chances of killing a pedestrian crossing the street while an SUV or pickup truck performed a right-hand turn were 63 and 89 percent higher, respectively, than for a car.

IIHS researchers corroborated their findings with police reports from North Carolina from 2010 to 2018. The results were not as dramatic, though there were similarities. North Carolina police said that out of 5,500 reported collisions that happened at or close to intersections, 2,070 of them involved a turning vehicle. And of those turning crashes, SUVs and pickups were respectively 23 and 42 percent more prone to strike a pedestrian while turning left than cars.

The IIHS attributed the problem to poor driver visibility inside SUVs and other large vehicles.

“It’s possible that the size, shape or location of the A-pillars that support the roof on either side of the windshield could make it harder for drivers of these larger vehicles to see crossing pedestrians when they are turning,” IIHS Senior Transportation Engineer Wen Hu said.

Hu certainly has a point. Modern SUVs are enormous, and they need to have strong A-pillars to protect occupants in the event of a rollover crash. They also need to house safety devices such as airbags. These two factors make modern A-pillars “extra thicc,” as the cool kids say, and difficult to see around.

The large A-pillars, combined with raked rooflines, make for significant blind spots in the areas that drivers would typically be looking at while making turns. So, what exactly can be done to fix it?

“Improving vehicle design, along with addressing road infrastructure and vehicle speeds, can play an important part in reducing pedestrian crashes and fatalities,” Hu said. “Our findings suggest that looking at the problem through the lens of vehicle type could also be productive.”

The IIHS also noted that modern safety systems such as automatic emergency braking (AEB) can be helpful to reduce impacts. Though, AEB systems have proven to be ineffective in the dark. The safety agency also suggested that hood airbags, hoods that pop up on impact, and sloped hoods could also reduce fatalities. However, those are just suggestions, and no single method may be a “one size fits all” solution.

I wouldn’t be surprised if many of you have had at least one “close call” story of being nearly flattened by an SUV or van. If so, it may have seemed like the driver of that vehicle had absolutely no respect for the physical space you were occupying. They just threw their kid-carrier around that corner as if they were late for a tofu delivery.

On the other hand, if you’re an SUV driver, you might recall several instances in which you were making a turn through an intersection, and all of a sudden, a human just materialized as if they were beamed there by Zordon to fight a gang of putties. You may have barely missed hitting them but received more F-bombs and middle fingers than you would in a “Stone Cold” Steve Austin compilation video.

In any case, it all seems to boil down to people being unable to see well out of their large vehicles—which is concerning since big cars have handily outsold small cars for many years in a row now. A combination of systems might be needed to meaningfully reduce pedestrian deaths. Still, nothing will happen until OEMs take a hard look at this issue and start making some much-needed design changes.

They’re effective during the day, but in low light conditions, it’s a different story.