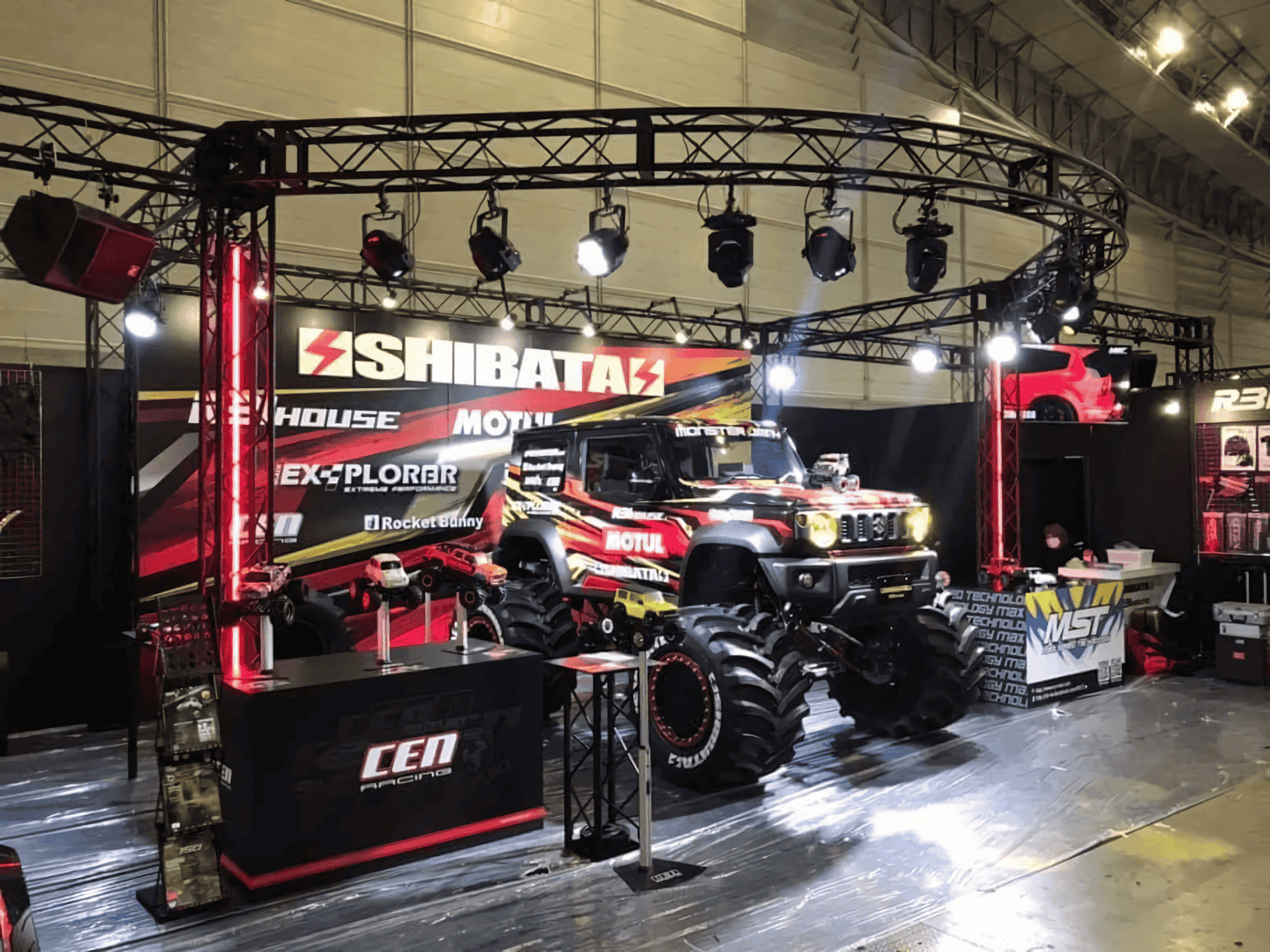 Despite not even being available in the United States, we here at The Drive find ourselves quite enamored with the Suzuki Jimny. The Jimny, Suzuki's boxy, pint-sized, surprisingly capable off-roader is frequently subjected to the whims of aftermarket customizers, usually with impressive results.

With the 2019 Tokyo Auto Salon in full swing, we're seeing more of these customized mini-SUVs than ever before. AutoEvolution has turned us on to this wild example from Japanese tuner Shibata R31 House. While the company usually focuses on Nissan's R31 Skyline platform, it's apparently decided to try something different with this Jimny—and the changes are pretty obvious.

The substantial lift kit on this Jimny offers clearance for the massive monster truck tires on beadlock wheels. With a deep chevron pattern, this Jimny looks more like a 1/10 scale radio control monster truck than an actual truck.

According to RCCrawler, radio control car and truck manufacturer CEN Racing must have felt the same way. They've partnered with Shibata R31 House to offer a scaled-down radio control monster truck version of the show vehicle. It's accurate down to the last detail, and instead of all-out speed, it's focused on crawling over obstacles like tree branches, rock piles, and the laundry you've been putting off doing for the last three weeks.

That's a good bonus for those of us who desperately want a Jimny of our own, but live in the United States. With fun just a half-hour battery charge away, we might have to pick one up for ourselves. Besides, we bet it's much easier to park than the real thing.