Brussels Is Offering Nearly $1,000 to People to Give Up Their Cars

In a scheme to promote bikes and clean transport, Belgians can get paid to not drive. 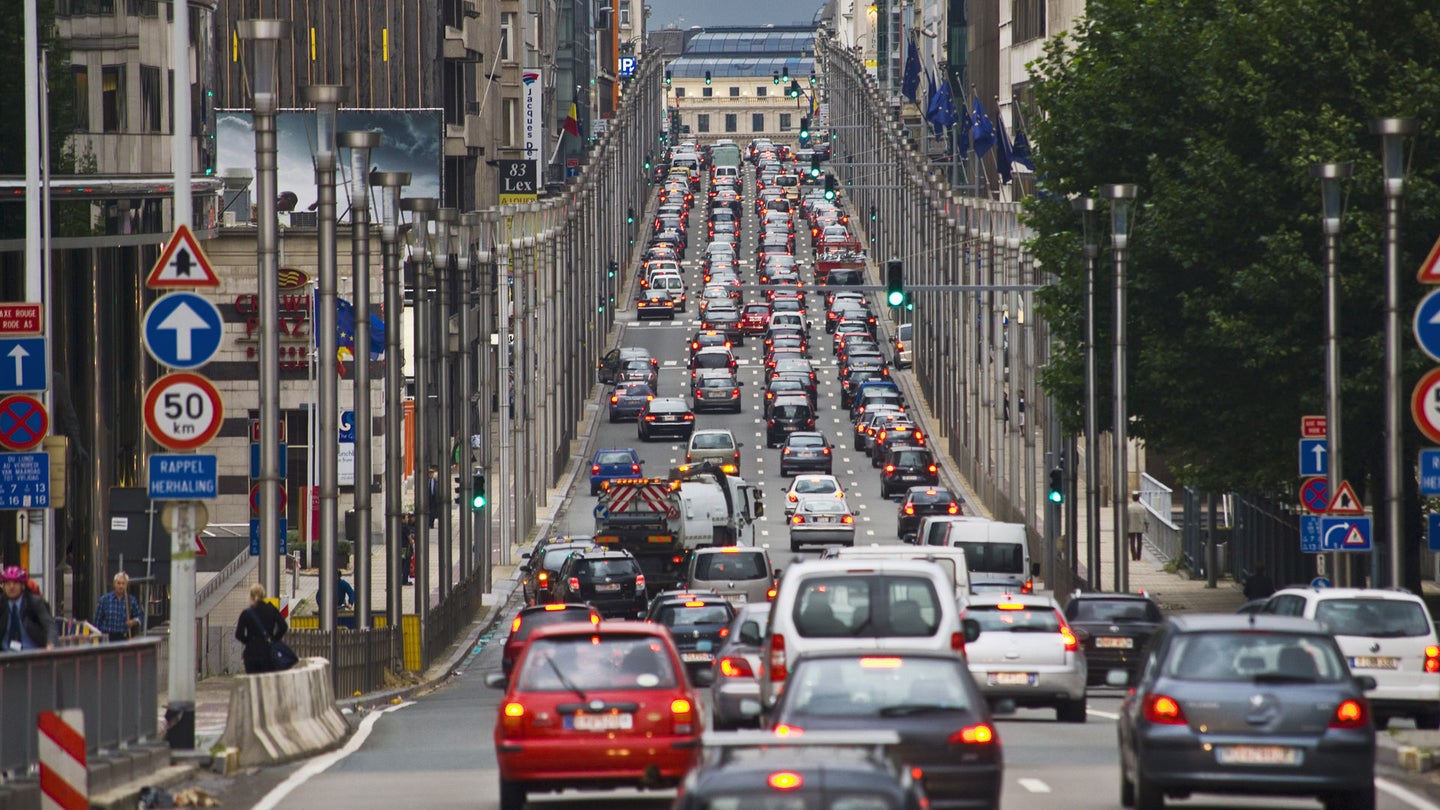 Belgium: it doesn't come up much unless it's hosting the most embarrassing shambles of a Grand Prix for 70 years or so. But it is a country and things do happen there, especially in the capital of Brussels, which has a clean air problem it's applying a direct solution to: Paying people €900, or $988 USD to unregister their cars.

The scheme is a revamp of an existing program called Bruxell'Air which was already offering incentives to try and get people to stop driving through Brussels. A relatively tiny city, Brussels has strikingly poor air quality compared to the places around it—on par with Paris, Amsterdam, or even the oxygen-free smoghole that is London.

That's partly because of terrible traffic problems around the city. If you've ever had the misfortune to think "well, driving across Belgium won't take long" and then gone the direction of Bruges and Brussels, rather than down to the south, you'll know that sitting totally stationary is a major part of the experience. Since the scale of Brussels' particulate pollution problem was realized in 2017, the city has been making radical efforts to try and clean it up.

So, how do you stop people driving cars? One solution is to give them the money to buy an alternative form of transport, which Brussels is pushing with its incentive. Cairgo bikes are already part of the low-emissions zone scheme, with significant discounts being offered to buy one to take vans and cars off the roads.

This latest option, however, is more direct: if you unregister your car—making it legally undrivable, although you could still sell it—then you can receive up to $988 to buy alternative equipment or public transport passes. That maximum amount is available to people on their own earning up to $41,301 (€37,600) annually or any disabled person. People earning up to $82,495 (€75,100) can also get a grant up to $549 (€500) to do the same.

Brussels' hope is that this will get some of its traffic problems eased by taking cars off the road and encouraging people to stop driving through the city, which has a good public transport system and metro but not really the road infrastructure for the traffic it's handling.

The Race That Wasn’t: How Verstappen Won a Three-Lap Belgian Grand Prix on Sunday