Dudes rock, as proven by a dude who rocks shoveling rocks with his dudes. 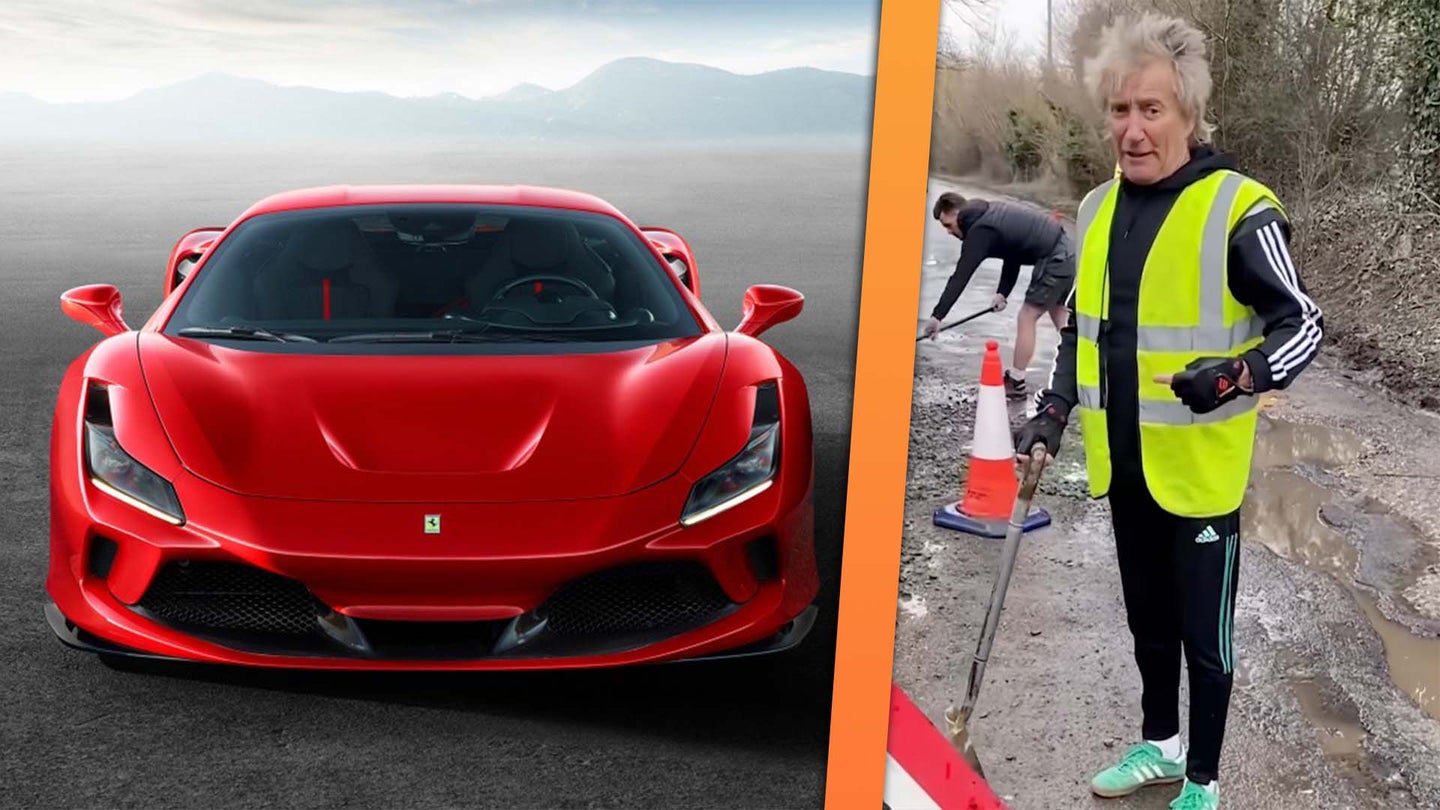 Potholes are a nightmare no matter what you drive. If your car's low and has big wheels, navigating between them is the closest most of us will ever get to crossing a minefield. For rock star Rod Stewart, reportedly the owner of a Ferrari F8 Tributo, the potholes around his mansion in Essex have gotten so bad that he rounded up some friends, some shovels, and despite his advanced age put in manual labor fixing a road he says nobody else would.

The 77-year-old musician stated in an Instagram video of him shoveling rocks that he had seen the deeply rutted and pitted road damage multiple cars, and even immobilize an ambulance on a call. Naturally, such a road is impassable for a Ferrari like Stewart's.

"This is the state of the road near where I live in Harlow and it's been like this for ages," Stewart proclaims in the video. "People are bashing their cars up. The other day, there was an ambulance with a burst tire. My Ferrari can't go through here at all, so me and the boys thought we'd come and do it ourselves."

Stewart has owned a multitude of Ferraris over the years, the most notable among them an Enzo, which he sold in 2013. He seems to have replaced it with a white F8 Tributo, which he was photographed driving in January. One imagines he hasn't had the pleasure of putting many miles on it, hence his side job here, which has gotten press across the globe. This has also sent a message to the local governance, which pledged to the BBC to have someone on the job ASAP.

"This was brought to my attention this morning, and I have asked for an officer report as quickly as possible," commented Lee Scott, an Essex County Council cabinet member for highway maintenance. "I will endeavor to rectify it."

You don't see many other celebs out there doing this kind of public service, and even if it is so Stewart can drive his Ferrari, it's no doubt benefiting everyone else whose route involves this cruddy road.

With a little help from Porsche guru Rod Emory, Sweeney’s Bronco is ready to drive.