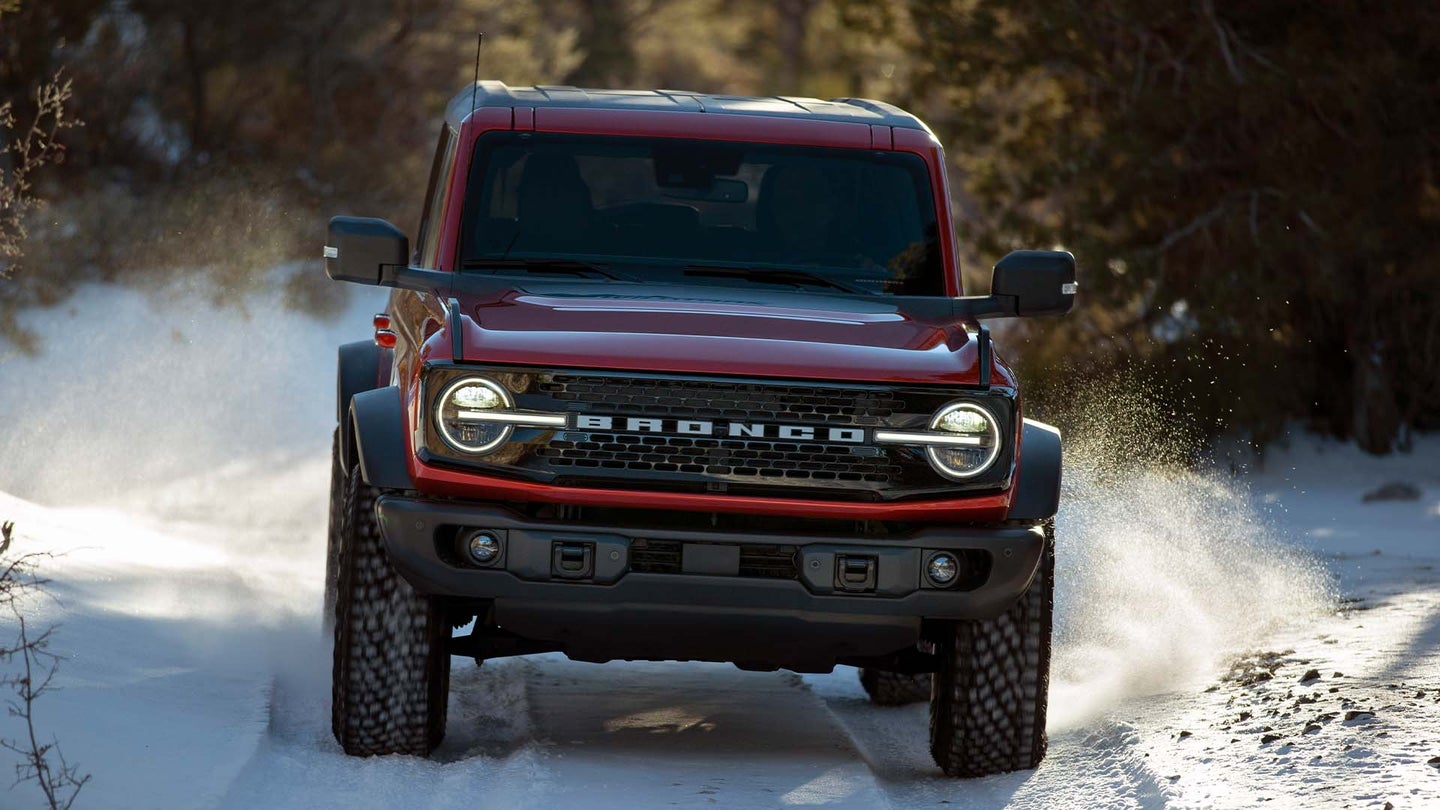 Ford's High-Performance Off-Road Stability Suspension—or HOSS, for short—has previously come in three flavors. Split across different trims of the Bronco, the most capable version is the HOSS 4.0, which is offered as standard on the newly introduced Bronco Raptor. Now, the Bronco Wildtrak trim gets an optional upgrade in the form of HOSS 3.0, which addresses some customer complaints about the rig's independent front suspension.

The Wildtrak previously only offered the HOSS 2.0 system, which came with Bilstein position-sensitive-damping shocks and higher ground clearance. The 2.0 system was a standard add-on for all vehicles with the Sasquatch package, which the Wildtrak offers by default.

Now, the HOSS 2.0 Bilsteins are still standard for the Wildtrak, but the newly introduced HOSS 3.0 package adds a powder-coated steel bumper, front bash plates, a heavier-duty steering rack and tie rod ends, and importantly, new internal bypass Fox dampers. Ford says this should bridge the gap between the HOSS 2.0 shocks and the Fox Live Valve Bronco Raptor shocks. The $2,515 option was added to the Bronco configurator at the same time as the Raptor trim, and deliveries of trucks equipped with the hardware are slated to start in summer 2022.

Because the Bronco features independent front suspension, some buyers have expressed concern about its off-road longevity. A select few have even gone to extreme lengths and swapped in a straight axle. This package appears laser-focused on addressing those fears for consumers who won't spring for the nearly $70,000 base price of the Bronco Raptor but still want sufficient durability.

Additionally, Ford's in-house blog Bronco Nation reports that the HOSS 3.0 system will only be available to buyers specifically ordering a Wildtrak Bronco. In other words, if you're hoping to find a HOSS 3.0 Wildtrak just sitting on dealer lots, you'll be out of luck. But if you've been eyeing a Wildtrak and want some beefy tie rods, Ford's got you covered.

Got a tip or question for the author? You can reach her here: victoria.scott@thedrive.com