How a phony receipt for service essentially cost Matt Farah $10,000... plus more misadventures from Car Bibles this week. 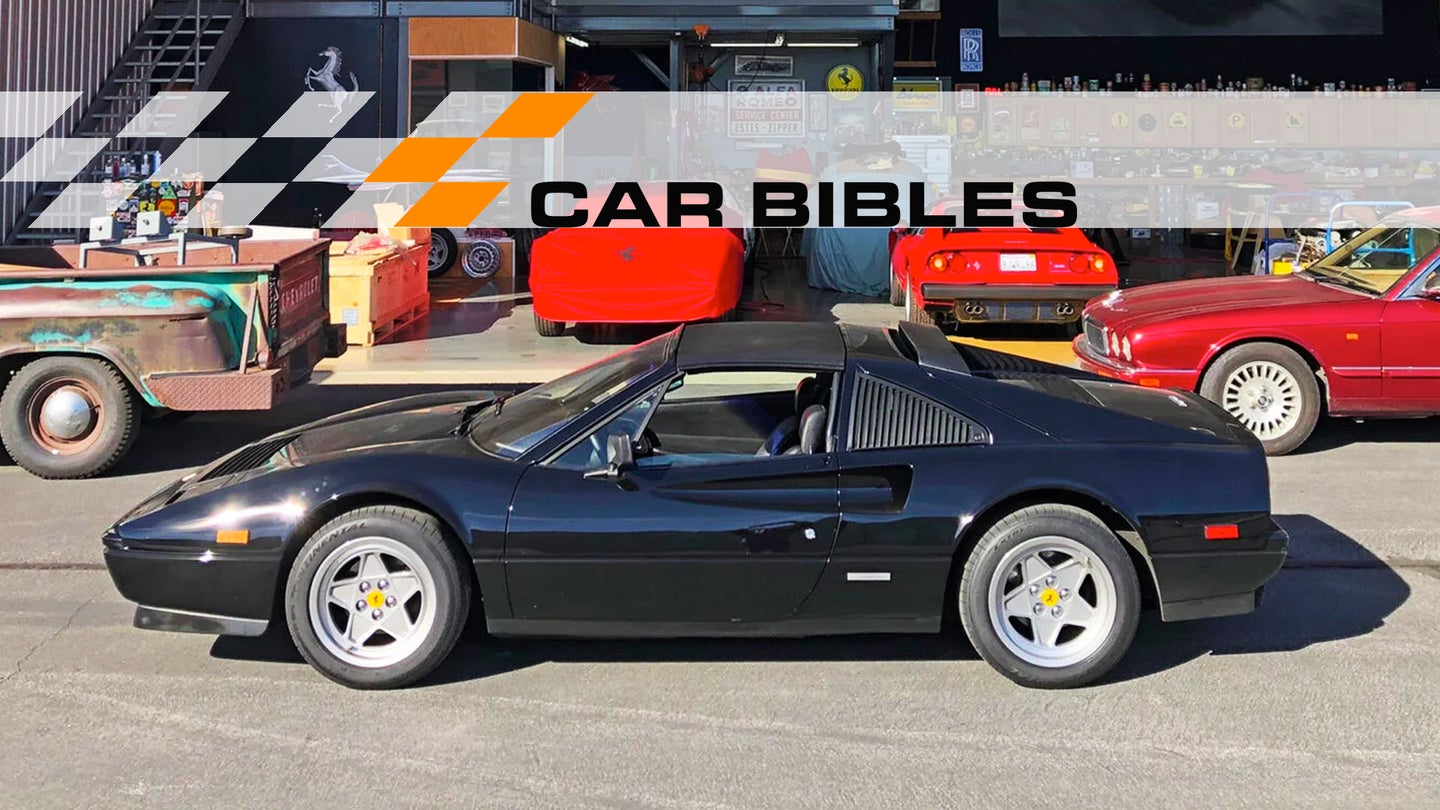 Car Bibles is running two new series for your automotive entertainment: "Car Confessions And Hard Lessons" is all about mistakes we've made and what we've learned from them, while "EV Explorer" is us finding our way through the world of electric cars. This week, we've got new installments in each!

Other interesting slices of car culture that we looked at this week both included little red cars. One is featured in an amazing new set of commercials, and the other just became the most expensive car ever sold on Bring-a-Trailer.

Not Taking My Own Advice on a Vintage Ferrari Cost Me $10,000

From guest contributor Matt Farah of The Smoking Tire:

"Here’s what I should have done: Found an independent Ferrari mechanic in the Athens, GA area to go look at, run, and drive the car, and conduct a thorough, mechanical inspection. It probably would have cost $500 or so. Maybe it would have taken an hour of my time searching. This would have been the advice I’d give anyone else looking for a vintage car.

Here’s what I actually did: Read the service records, looked at photos, and watched a two-minute video of the car being started and driven. Everything seemed decent. I assumed it would need something, because all old cars need something. But it was the right color, the right amount of used, and the right price. So I wired the money, paid my broker a reasonable finders fee, and got my car."

Toyota Got the Initial D Creator To Illustrate a GR86 Commercial, and It’s Legit

"Car commercials have a wide swing from incredibly lame to 'I need to buy this car right now.' Toyota’s ad campaign for the GR86 has been erring very close to the latter for a while, but the latest stuff has damn near done it. It involves Initial D, the original animator of the series Shuichi Shigeno, and the Drift King himself Keiichi Tsuchiya."

I Loved My Toyota Supra. But It Taught Me Your Car Isn’t Who You Are

"Getting your first car is a watershed moment for most automotive enthusiasts. If you’re at all like me, you dreamed of what your first car would be long before you had a license, tearing through Craigslist posts and old magazines and eBay Motors listings for the ride of your dreams as soon as you could conceptualize buying a car, imagining what platform you’d choose, what style you’d try to aim for, what modifications you’d perform to make it the perfect machine. When that dream car finally is sitting in your driveway, it represents not just a new stage of independence and adulthood, it’s a physical representation of years of aspirations."

The 2021 Volkswagen ID.4 Is Screwed Over by Its Frustrating Interface

"Most criticisms of the 2021 Volkswagen ID.4 boil down to 'It’s boring.' I resent that; not every car needs to be exciting to be good. In fact, most people (maybe you?) are a lot more interested in practicality and everyday driving proficiency than how extreme a car can be. But driving the ID.4 for a week, I learned that it’s not bad because it’s boring. It’s bad because it’s a little bit shitty."

This $1,902,000 Porsche Is Now the Most Expensive Car Sold on Bring-a-Trailer

"A Porsche Carrera GT has broken Bring-A-Trailer’s auction price record, going for $1,902,000. Whether you cheer or boo this result is probably correlated with your net worth but the auction photos are beautiful and the Carrera GT itself is a fine example of Porsche’s analog supercar masterpiece."