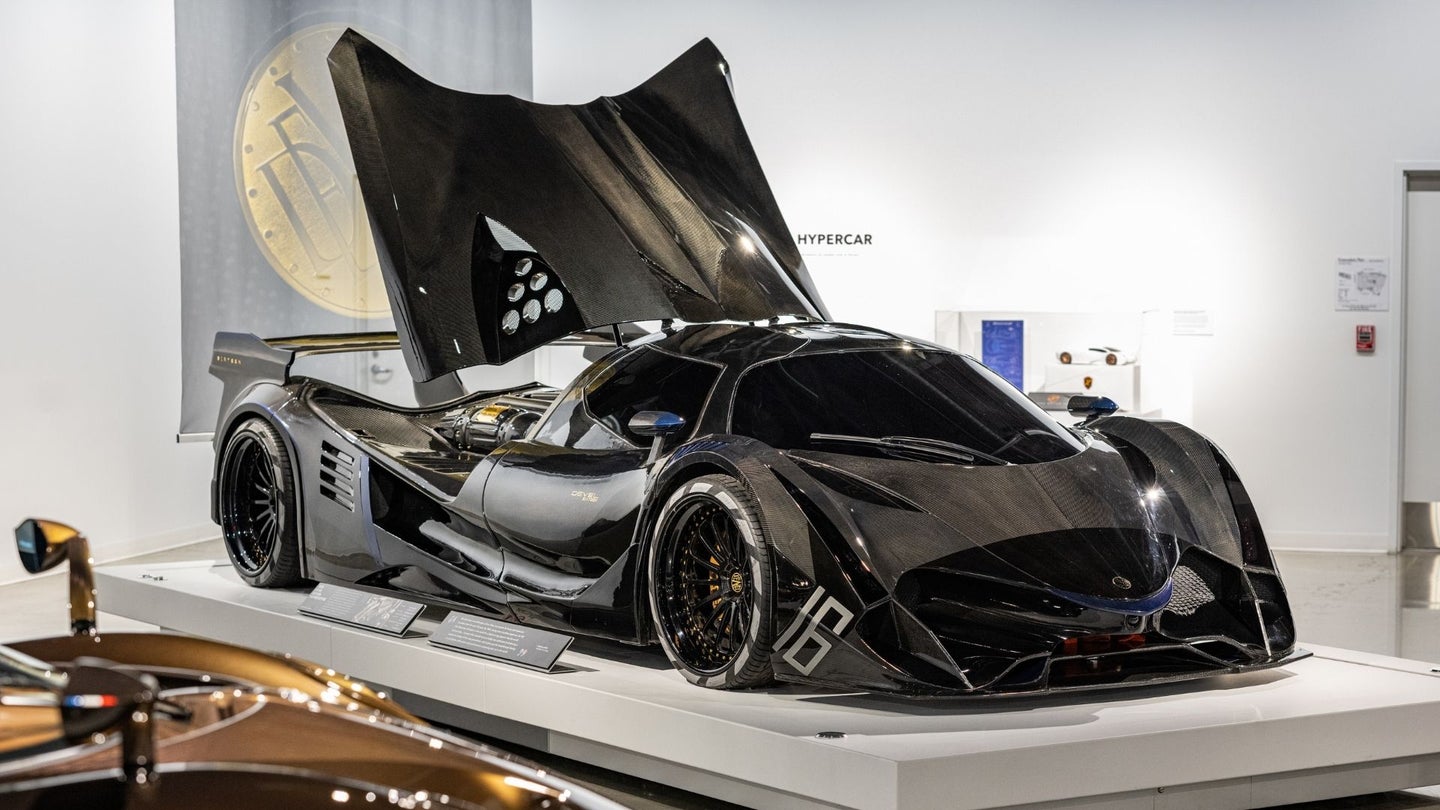 In the world of performance cars, there are those that are accessible to the average person and then there are those that defy convention and aim squarely for the moon. The latter are referred to as hypercars–the fastest, quickest, most exquisite examples of automotive art ever made. It would be exceedingly rare to find even one hypercar on the road in most of America, but at one museum you can spy a bevy of them all in one place.

For the next year and a half, the Petersen Automotive Museum in California will feature a new exhibit called “Hypercars: The Allure of the Extreme,” rotating up to 30 exclusive vehicles. The Petersen has been an incredible place to visit for a long time, but it has truly stepped up its game since its reopening after shuttering for nearly a year.

Soaring dihedral and butterfly doors, menacing stances, angular side mirrors, and elaborate engineering are hallmarks of each of the hypercars in the exhibit; under the lights of the museum ceiling, the display is a stunning car poster in 3D. Included so far is an example of the godfather of the hypercar concept itself, a 2008 Bugatti Veyron 16.4. Powered by a monster turbocharged 8.0-liter W16 and priced at $1.1 million apiece, only 450 of the the '08 Veyron were built.

"Hypercars: The Allure of the Extreme" is located in the Bruce Meyer Family Gallery and the Petersen museum lobby. The first wave of the exhibit will be on display from December 4, 2021, to September 22, 2022. The second wave of begins September 17, 2022, and finishes on May 14, 2023. I'm planning to get out to California at some point to see these jaw-dropping beauties soon.

Got a tip? Leave a comment or write to kristin.shaw@thedrive.com.

They were incredibly fast on the track, and they’re still works of art.