Speed Camera Catches Aussie Man Riding on the Hood, Having a Beer at 74 MPH

The stunt appears to have been intentional. 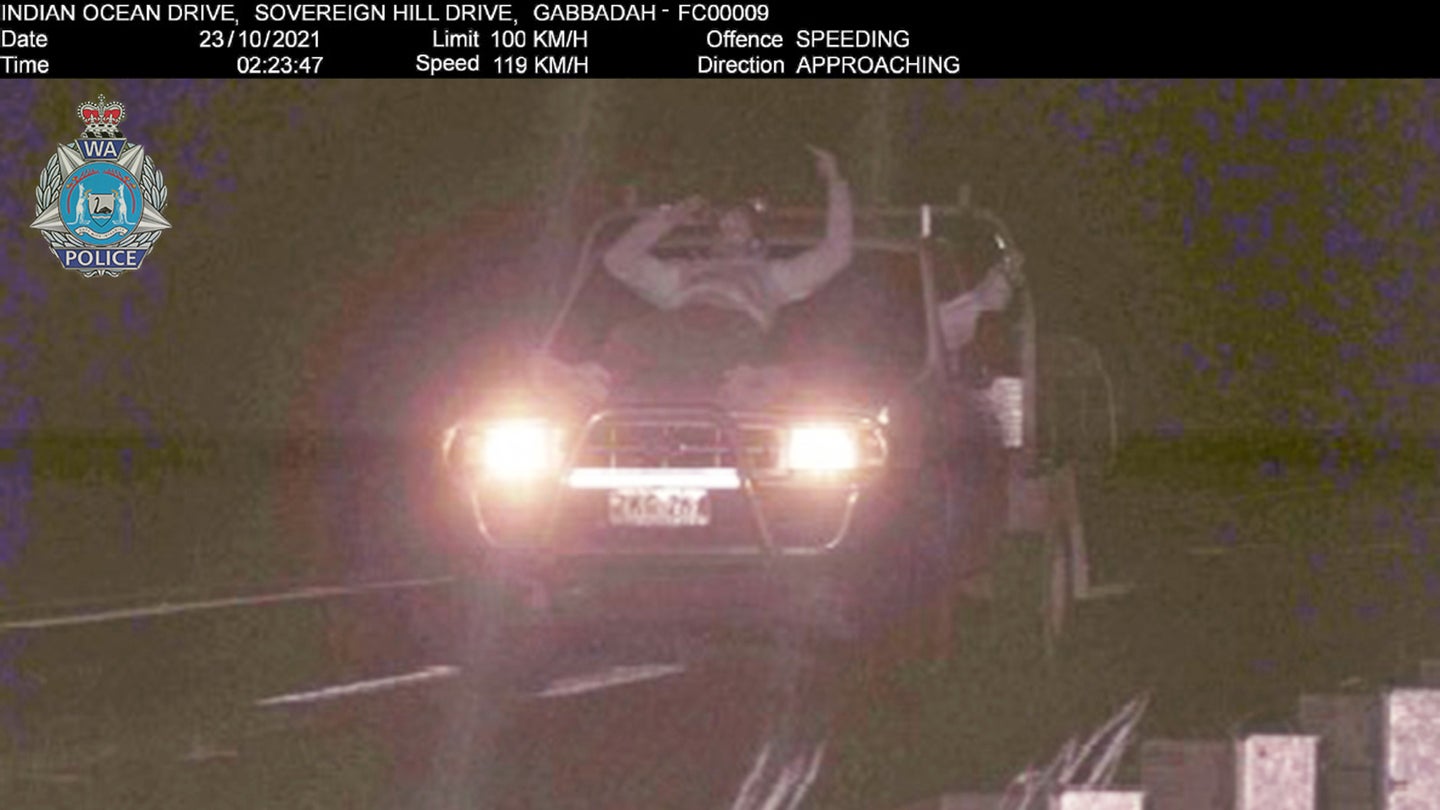 Riding on the hood of a car is not typically considered a safe or advisable activity. Doing so while drinking is even less so. However, one Australian did just that, and was captured by a speed camera in the act, according to the Western Australia Police Force.

The incident in question occurred on October 23 at 2:23 AM. The ute, which appears to be a Ford Courier, was photographed while allegedly traveling at 119 km/h (74 mph) in a 100 km/h zone with a man sitting on the hood. Not only that, but the protagonist is clearly drinking from a bottle while simultaneously flipping the bird, presumably at the speed camera itself. The driver passenger also appears to be in on the fun, lofting their own beverage out of their side of the vehicle. To add to the danger, the vehicle is also driving well across the centerline of the road.

Police are appealing to the public for information on the vehicle. Attempts to locate it have thus far failed, as the Ford wore number plates from an out-of-state Subaru. If you're owner of a red 2004 Subaru wagon in Victoria and you've had your plates stolen, this may very well be where they've ended up. Given the popularity of speed cameras among the general public, it's likely that the owner will at least appreciate the plates have been put to good use.

In terms of riding on a speeding vehicle, the nudge bar on the vehicle appears to be playing a key role here. It provides a handy foothold for the rider to remain on the hood at speed. With that said, the situation still appears precarious, and we're sure any sudden stop would send the rider flying. We'd want a bar with a little more purchase and a roof rack for a handhold before we attempted such a feat at even half the speed.

Many automotive enthusiasts would likely identify with the anti-speed camera message seemingly promoted by these rural rapscallions, and we suspect few would step up to turn them in. At the same time, such behavior is incredibly risky and this story could have easily ended in tears. Be careful out there, stay safe, and don't drink and drive.