The otherwise totally typical economy car resold for over its original MSRP, even when adjusting for inflation.

If you had wondered in the year 2000 which new cars would end up as profitable investments, the humble Chevy Metro probably wouldn't be on your list. You better believe it's true, though. A Chevy Metro on Bring a Trailer just sold for a surprising $18,200—for perspective, its original MSRP was a humble $11,140, or $17,745 today adjusting for inflation.

Of course, this particular Metro is not just special for being a 21-year old economy car; it's noteworthy because of its incredibly low mileage. Since rolling off the assembly line, its 1.0-liter three-cylinder engine has powered it along for just 402 miles. In case you doubted it, a Metro with a full tank of gas is perfectly capable of traveling well beyond that distance.

As a result of covering so few miles and spending its entire life in the western part of the country, it's rust-free and in nearly perfect condition. Only the fuel system has been refreshed throughout the course of its ownership. The black plastic bumpers are still black, still plastic and still unpainted, and the white paint itself is chip-free and flawless.

The 1.0-liter engine in the Metro makes just 55 horsepower, something the car's new owner is bound to enjoy. At the very least, this car is a five-speed stick with air conditioning, so it won't be completely unbearable. It will, however, definitely be less comfortable than the smattering of new cars you can get for less than $18,200, like the Kia Forte, Chevy Spark, or even—and God forgive me for saying this—the Mitsubishi Mirage.

It's unlikely this Metro will be used like those cars, though. If we had to bet, this humble Chevy will likely continue living its low-mileage life—a lucky economy car if there ever was one. 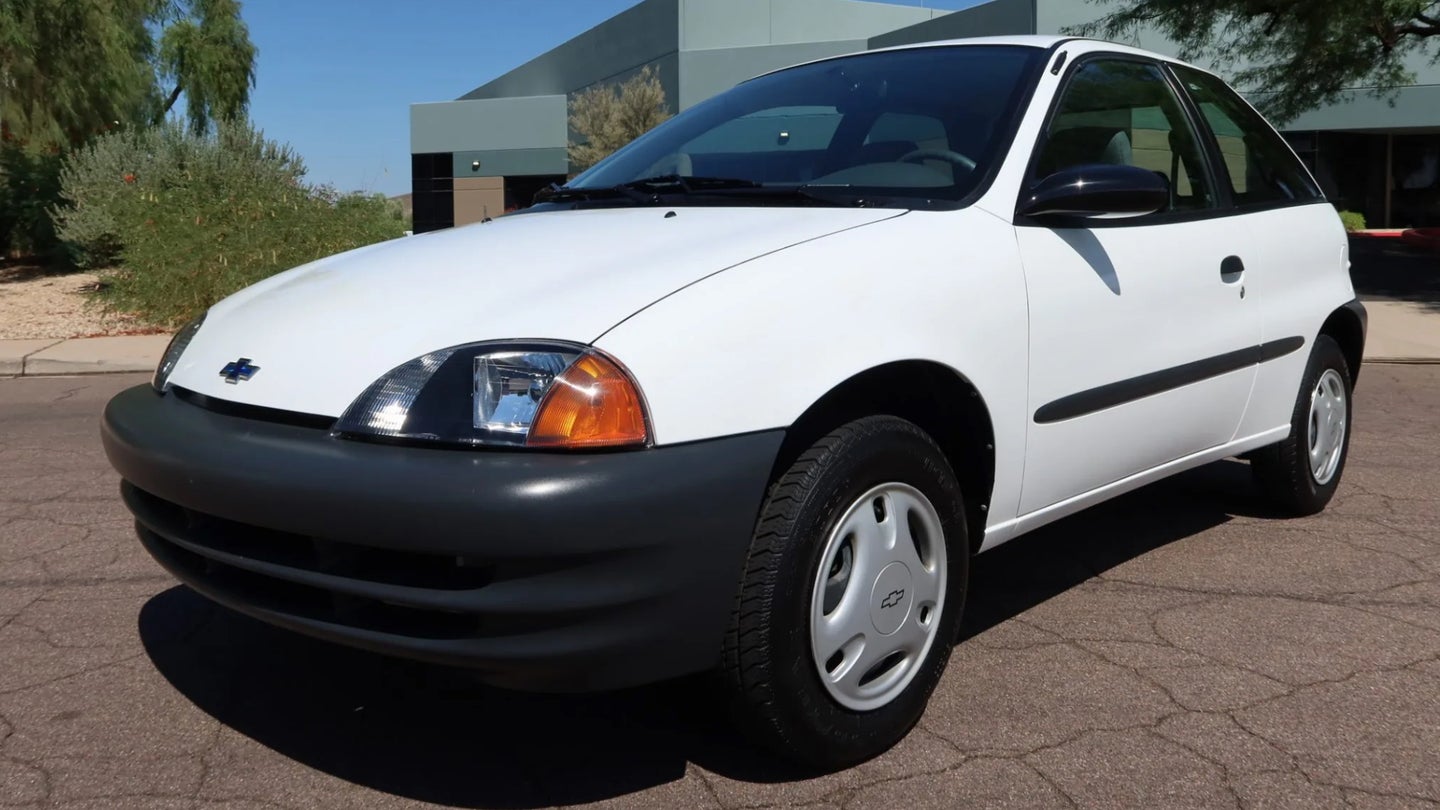 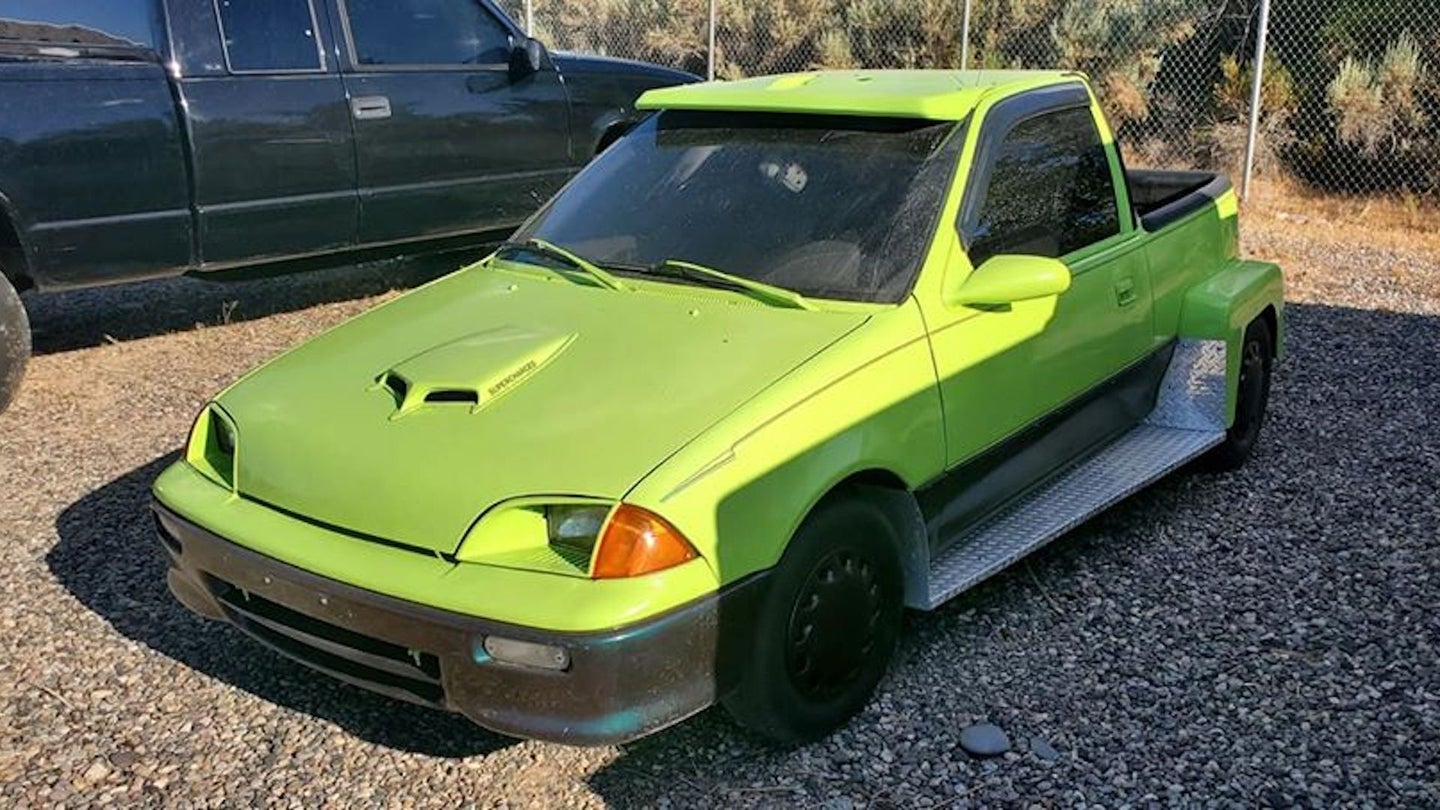 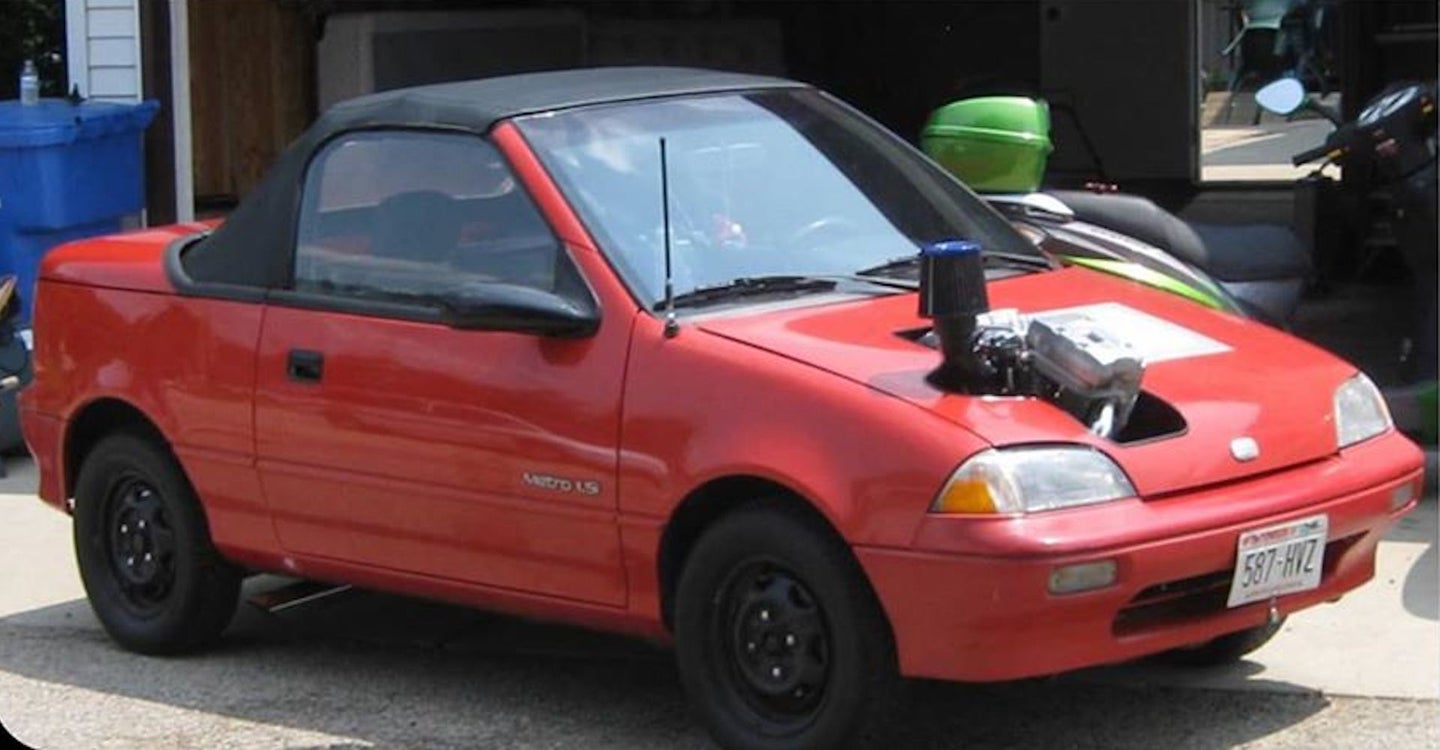