This might be the closest thing we get to a 300 Series Toyota Land Cruiser in the U.S. 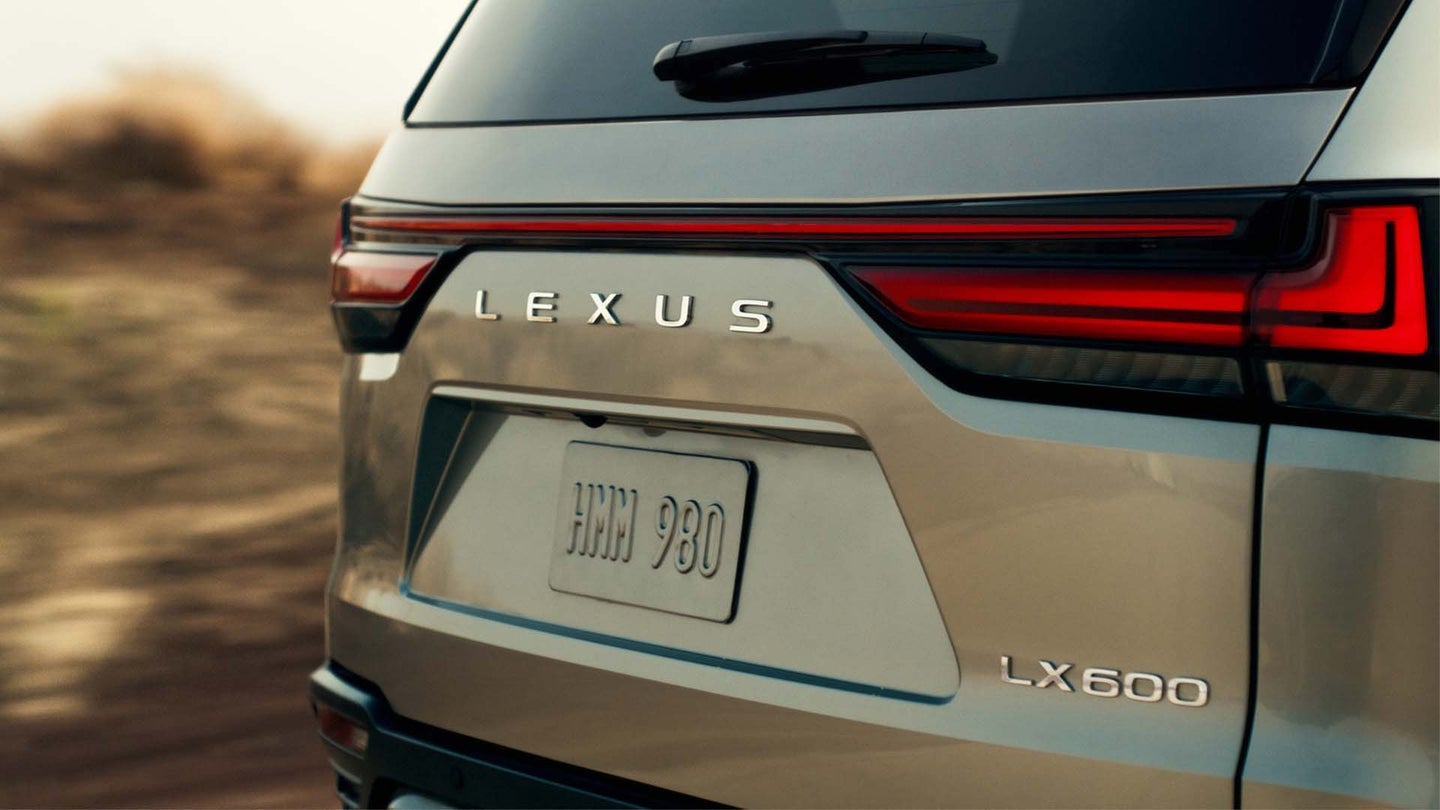 You probably already heard that we aren't getting the 300 Series Toyota Land Cruiser in North America. At least not yet. Luckily for the affluent among us, its luxury-oriented sibling—the new Lexus LX—will be sold here, and it's likely to be based on the same TNGA-F platform. Lexus just confirmed that the new LX will be revealed next Wednesday, Oct. 13, so we'll know by mid-week if our Land Cruiser stand-in is as cool and capable as the truck enthusiasts really want.

Then again, it's not like the last Land Cruiser we got was cheap. We reviewed a 2020 model year Heritage Edition and it stickered for nearly $90,000. Those who are seriously yearning for a Land Cruiser-adjacent off-roader may not care for the LX's fancy paint or inevitably cushy interior, but if they're familiar with modern versions of Toyota's earth-roaming SUV, they probably won't be taken back by sticker shock.

We expect the Lexus LX to feature the same 3.5-liter twin-turbo V6 that's in the Land Cruiser as well as the 2022 Toyota Tundra. Power in both of those applications is sent through a 10-speed automatic and if we had to guess, the LX will have all-wheel drive as standard just like the outgoing model. It should also have the Land Cruiser's Multi-Terrain Select off-roading assist along with Crawl Control for technical four-wheeling.

Multi-link rear suspension is said to boost the TNGA-F platform's trail worthiness and on-road comfort, the latter being something the previous LX struggled with a bit. With improvements to that and the interior, especially from Lexus' new infotainment system, it's set to be a substantial upgrade over the aging model it replaces.

Design-wise, there's not much to glean from Lexus' 15-second teaser aside from the Heckblende tail lights. That said, there's not long left to wait until we see it in full on Wednesday at 12:30 p.m. ET.

Toyota Used the ’90s Land Cruiser to Benchmark the 2022 Model

When you’re trying to build the best off-roader of all time, you’ve gotta take notes from those that came before you.