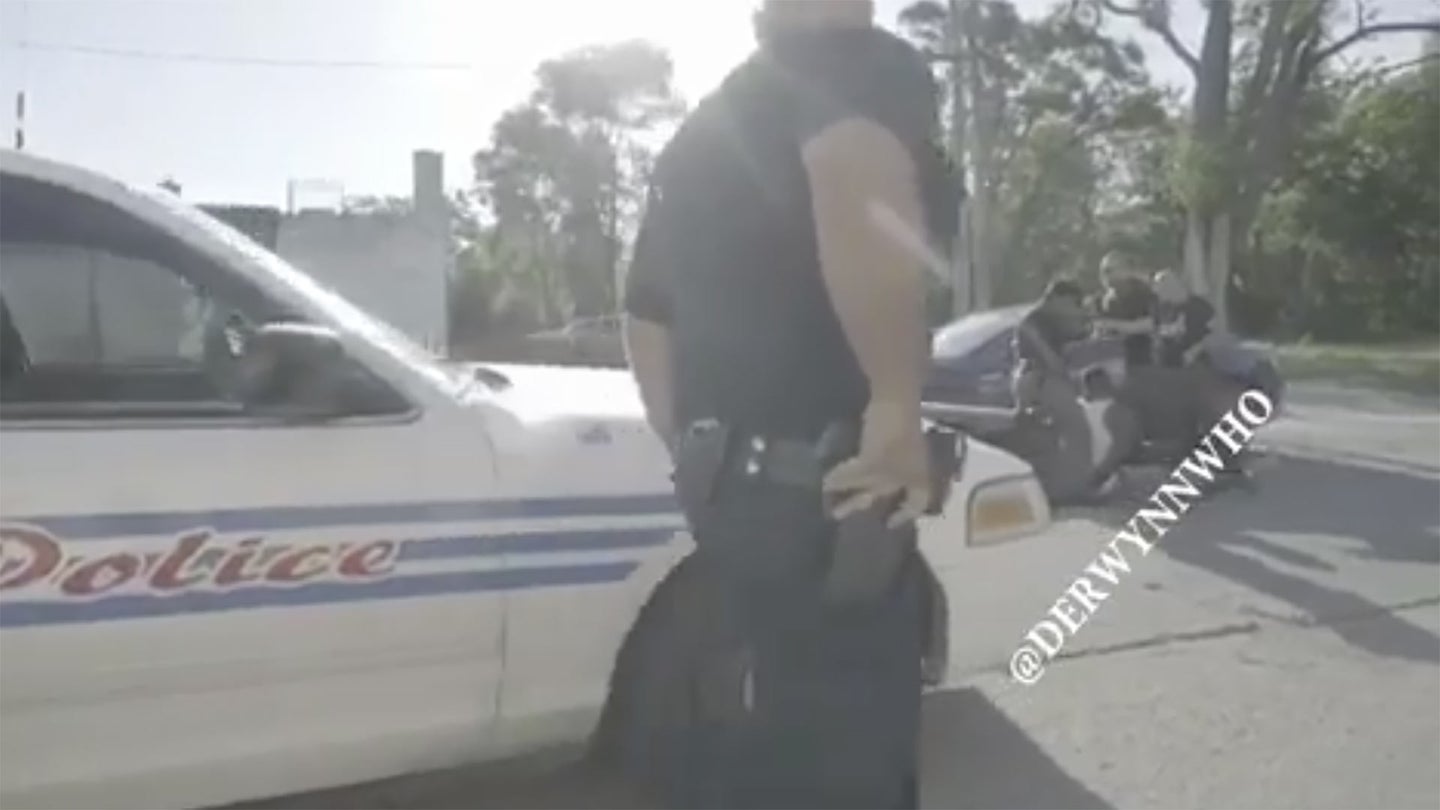 A miscommunication between a local Detroit music artist and Detroit police recently led to gunfire. According to police and social media accounts, a local rapper was filming a music video with a simulated carjacking in the middle of Six Mile Road this past Saturday, when the police showed up and opened fire on them.

As you can see in the video below, the two masked men were using their Jeep Wrangler to strategically block off an Aston Martin. They then exited the vehicle with what appear to be guns, and began simulating an attack on the driver of the Aston Martin.

At this point in time, Detroit police emerged, responding to the scene after reports that the men in the Jeep were robbing people, according to police spokesperson Dan Donakowski's account to The Detroit Free Press. When the police approached, Donakowski said one of the suspects pointed a weapon at one of the officers, prompting the officer to discharge three rounds towards the "robbers." Luckily, none of the bullets hit anyone, according to the newspaper.

As it turns out, the masked men were just filming a music video, and were not actually robbing the driver of the Aston Martin. The three men involved did not apply for filming permits, nor did they notify the authorities of a staged armed robbery, according to The Detroit Free Press.  All three men were arrested as a result of the incident.

Tip: if you are going to stage a carjacking with masks and guns, you might want to notify the police ahead of time for the proper permits.