Yeah, that’s a 70 percent grade on a loose surface. 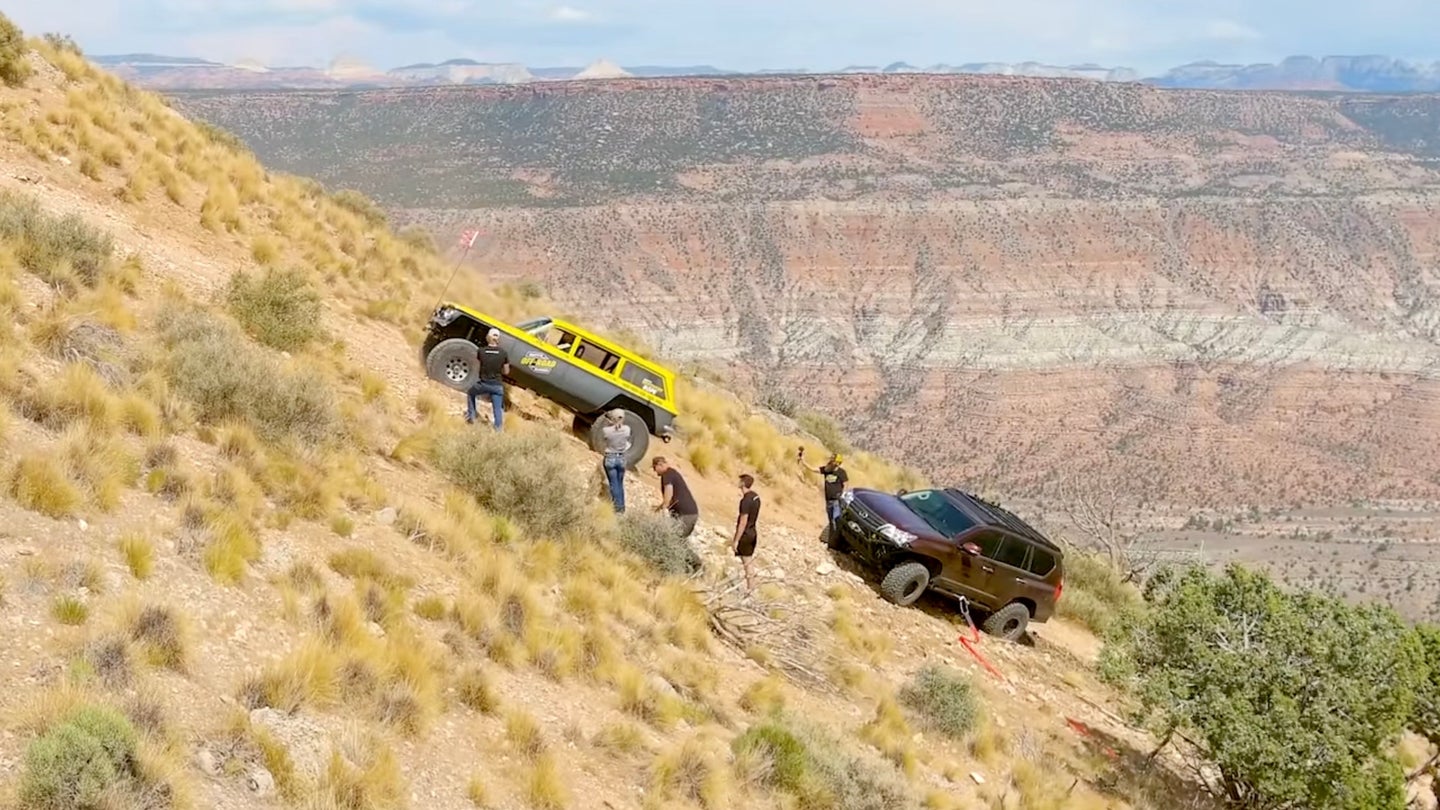 If the ground you're on makes it hard to stand up straight, it's probably a place you should think twice about driving. One Lexus GX owner didn't and had to call on off-road recovery specialists for a rescue that was even sketchier than they're used to.

This debacle was documented in a recent YouTube upload by Matt's Off Road Recovery, which received a call reporting that a second-generation Lexus GX had become stranded way high on a mountainous trail. Matt and crew went up for the recovery in their lifted 1961 Chevrolet Corvair Lakewood wagon and discovered the Lexus near the summit as reported, its tires aired down.

It was pretty clear why the Lexus needed help: An extremely steep slope later measured to be 35 degrees (or about a 70 percent grade) combined with a loose surface to make driving uphill nearly impossible. Matt's Corvair found traction, though, and got uphill of the Lexus to help pull it to a safer spot for a turnaround they saw on a map. That spot indeed turned out to be flatter, but not by much, still coming in at about a 20-degree slope.

Of course, even after turning around, they weren't out of the woods yet. Despite descending cautiously, the dusty trail made the Corvair slide sideways; a dangerous situation that could end in the vehicle digging in, and entering a roll with no obstacles to stop it 'til the bottom. Taking their time, though, meant both vehicles got safely down, presumably leaving the Lexus' owner with a big bill—and a lesson learned.

At least they weren't trying something like this in a Hyundai Tucson rental.

Otto Dahl was lost in the desert overnight until he was located by a member of a local off-road group on Facebook.