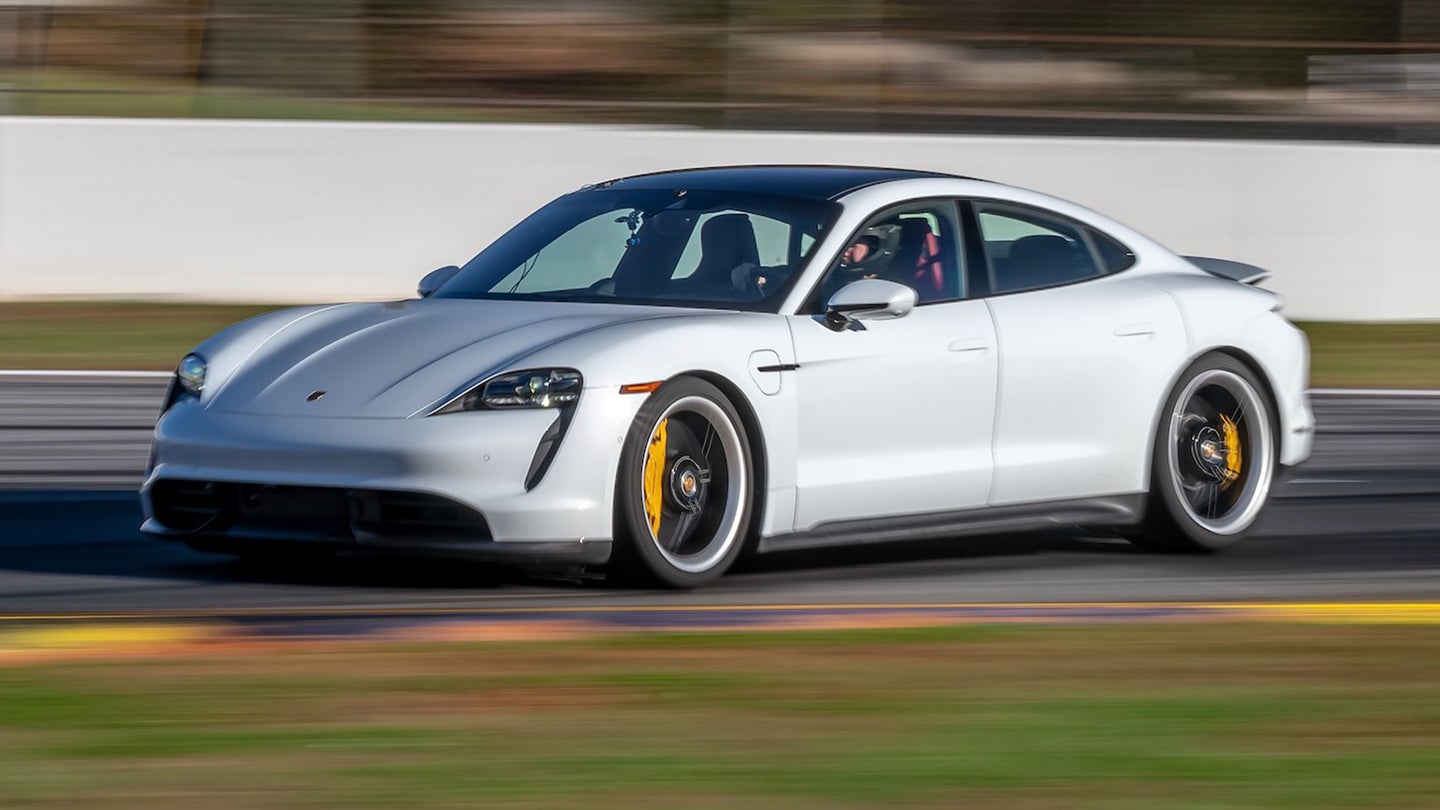 Porsche has confirmed that approximately 43,000 Taycan models will need to be recalled for a software update that can't be delivered over-the-air. Taycans were investigated by the National Highway Traffic Safety Administration in March this year over a fault that could cause sudden total power loss and, in some cases, prevent cars from starting back up again afterward.

The recall hasn't been announced to owners yet, though a notice will soon be sent to 2020 and 2021 Taycan drivers saying they need to visit a dealership to have the update installed. Said update will also be given to any cars dealers are still holding before they leave the lot.

A Porsche spokesperson told The Drive that the update is to the control electronics for the Taycan's motor-generator unit. It apparently prevents a false alert that might make the car believe it has a fault when it doesn't, keeping the power from suddenly cutting out. There has not been confirmation on whether this is the same issue that was investigated by the NHTSA in January.

"Our first priority is the safety of our customers," a Porsche spokesperson told us. "With this in mind, Porsche notified the National Highway Traffic Safety Administration that it will recall certain MY20 and MY21 Porsche Taycan vehicles to update the power electronics and engine control unit software.

"After recent review, Porsche determined that a software issue can, in certain instances, incorrectly and sporadically detect a potentially faulty communication and trigger a possible loss of motive power. A software update will help prevent this issue from occurring.

"The update is now available, it has been implemented in production, and a number of customer vehicles have already received the update. Dealers will update the new vehicles in their inventory prior to delivery to customers. Customers affected will be notified this month and their vehicles will be remedied via a brief dealer visit free of charge and at their earliest convenience."

Taycan Turbo cars have previously been recalled twice this year—once in March for insufficiently tightened suspension parts and once in May for incorrectly forged front trailing arm parts.

Several reports indicate Porsche’s high-performing EV can simply cut out “without warning” and may not start back up again.