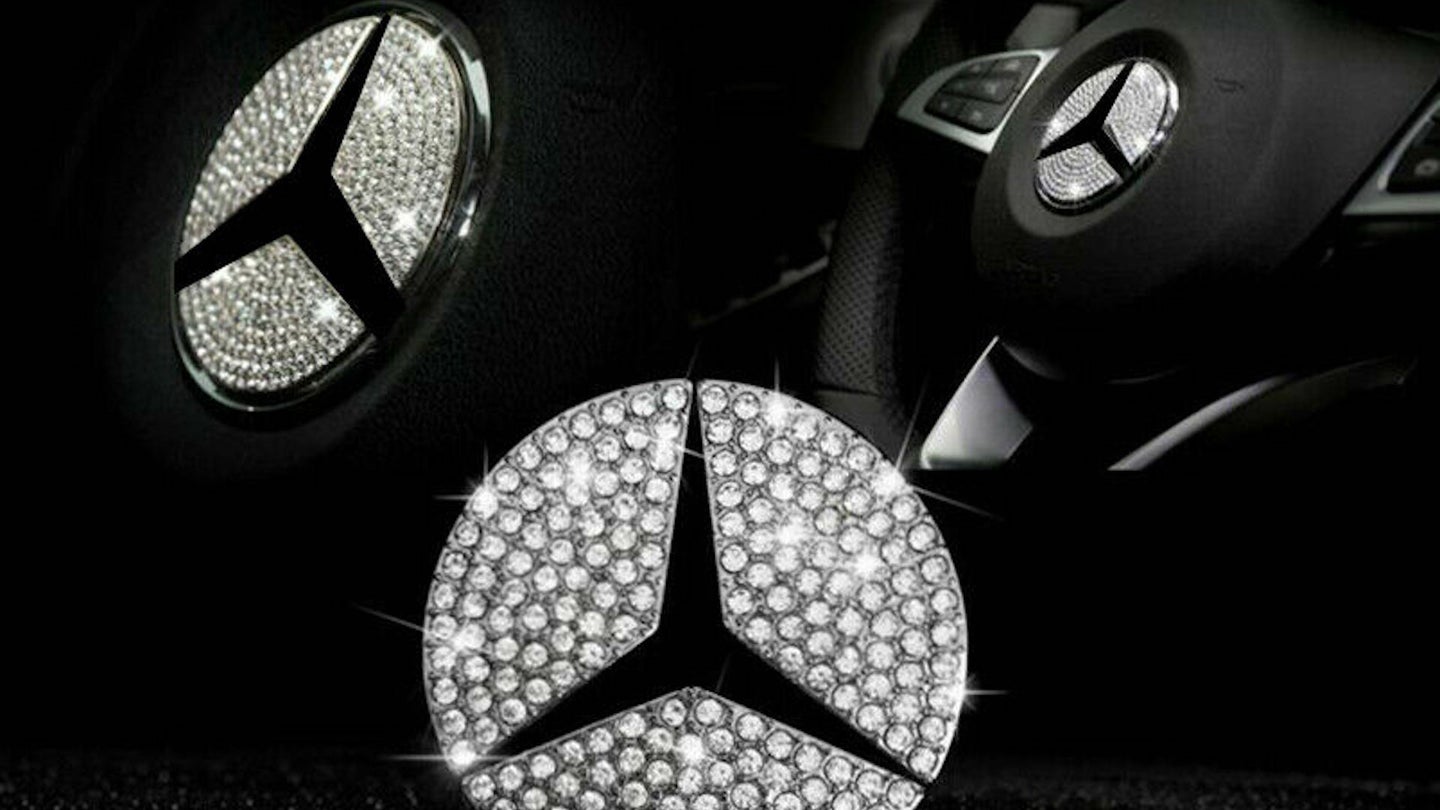 Faulty Takata airbags have been behind one of the biggest recall campaigns in automotive history, having killed dozens and injured hundreds worldwide. Mishandled propellant can make some recalled airbags more explosive than intended, accidentally turning safety devices into dangerous shrapnel bombs. But while Takata drove itself into bankruptcy replacing its hazardous inflators, some drivers are out there turning perfectly safe airbags into claymore mines of their own creation, using tacky rhinestone decor bought off the internet.

Listed for sale on sites like AliExpress and eBay are a variety of stick-on "bling" steering wheel decorations, consisting of sticky-backed strips of rhinestones fitted for wheels ranging from Jeep to Mercedes-Benz and Mini. These stick-on pseudo-gemstones are hazardous for the simple reason of being cheaply made, almost certainly fragile items laid over the top of an explosive. Should the airbag deploy, its charge will likely fling the cover open with enough force to separate the stones from the cover, tossing them around the cabin and into the occupants. Now, I'm no crash-safety expert, but these could potentially have fatal consequences.

Granted, many modern airbag covers simply fold up or to the side, reducing the odds of sparkling shrapnel being thrown directly at the driver, but that's not the case with all late-model vehicles. The last-generation Volkswagen Golf GTI, for example, has an airbag cover that splits almost down the middle, so if an owner applied a ring of VW badge-encircling rhinestones like this one sold on AliExpress, airbag deployment would almost certainly split the ring in two, freeing stones in the process.

Regardless of how your car's airbag deploys, heed this simple warning: Don't stick anything on your airbag, no matter how pretty, especially if it's something as gaudy as fake jewels. Go spend your money on something less embarrassing, like a Chrysler PT Cruiser race car, or some MD 20/20 to drink from your shoe.

Please Don’t Take Your Matte Finish Through the Car Wash